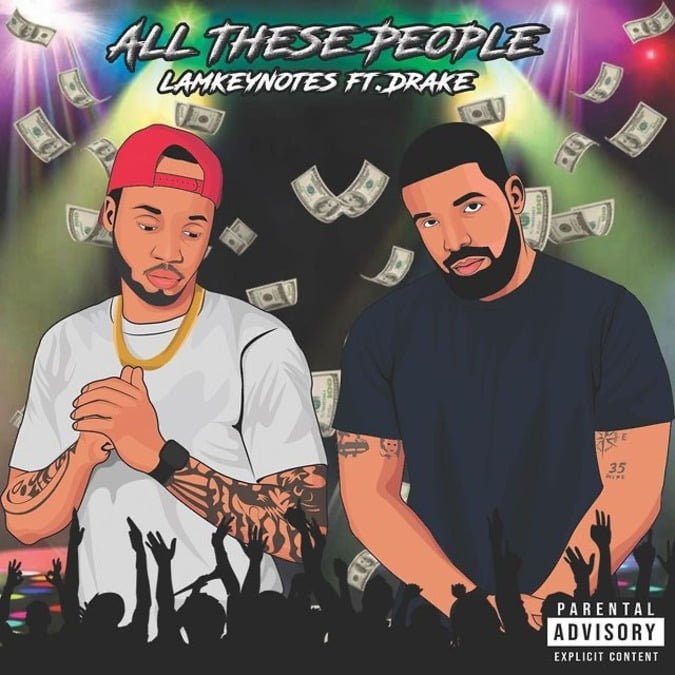 Megatron Muzik LLC presents us with a Billboard charting, platinum selling artist and American Hero Iamkeynotes. “All these People (featuring Drake), has been doing massive numbers on all digital platforms as well as radio since its March release. Now, sales are on its way to Platinum Status.

Born Keyon Dunston, in Portsmouth VA, Notes has spent most of his life enjoying music and dance. At the age of 12, he began his artistic abilities, starting with freestyle rapping. By the age of 16, Iamkeynotes he was adding dance into the mix and started writing.

Drake has more assists than Rajon Rondo. He’s just notched another, this time lending his talents to the New single of Iamkeynotes “All These People.”

IAmKeyNotes states that working with the Multi-platinum selling artist was, ”unbelievable feeling at first”. He also added that, “It’s always love shown and a lot of energy. I definitely look forward to the future with Drake on future Records.”

The record was produced by Warner Chappell producerDough-Boy out of Hong Kong and was released through Sony Orchard It is said that the track offers a smooth vocal delivery by IAmKeyNotes and has a grind-worthy vibe.

The R&B artist from Portsmouth, Virginia has been on fire. His debut LP “It’s Time” will give you flashes of Chris Brown with a mix of Trey Songz.

The production is flawless, and the flows help you to disconnect from reality to bring you into a sweet musical moment. The industry will adopt him, and girls will love him: yes he is promising, we already told you.