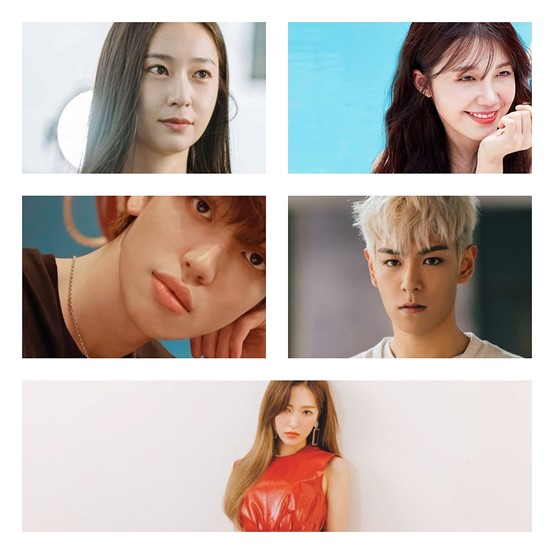 I’m sure everyone who’s a fan of Kpop has one time or another mixed up the members roles, more commonly the leaders and the maknaes.  We have already covered the members you thought were maknaes here…. so here are a list of group members that are commonly mistaken as leaders.

With Wendy’s powerful vocals and the fact that she speaks for the group alot she can be mistaken for being the leader, but the real leader is Irene this could be because she’s the oldest (one common similarity in some leaders).

Niel is the centre of the group and has most the lines whereas C.A.P is more of the quiet member at the back. Also for a pretty flower boy group, C.A.P isn’t the typical flower boy but more of the badass time.

At first  Krystal could be mistaken for leader but to think of it she doesn’t seem like one, for an outsider (non fx fan) Victoria may not be noticed as she’s not always talked about.

At first most fans have mistaken T.O.P for the leader as he appears mature (leader-like-characteristics) and confident along with his powerful rap skills… however once you find out GD is the leader there’s no looking back… Gdragon may not look visually like a leader but his leadership is one of the best.

When googling Apink Eunji is the first to come up, she’s known for her amazing vocals and great acting skills for a idol-actor. There’s a pattern of leaders that don’t get noticed as leader most of these leaders are leader – because – their – the – oldest. Most companies can’t decide who to pick as a leader so they result in giving the role to the oldest member, in this case chorong.

Since FT Island is a band and Hongki is the lead vocalist, it’s a common misunderstanding to think he is the leader, also hes the most talked about member.

comment below – have you ever mistaken a member the leader? if yes…what group & member?

There Is No Gain Without Pain: Nona Bayat’s Story