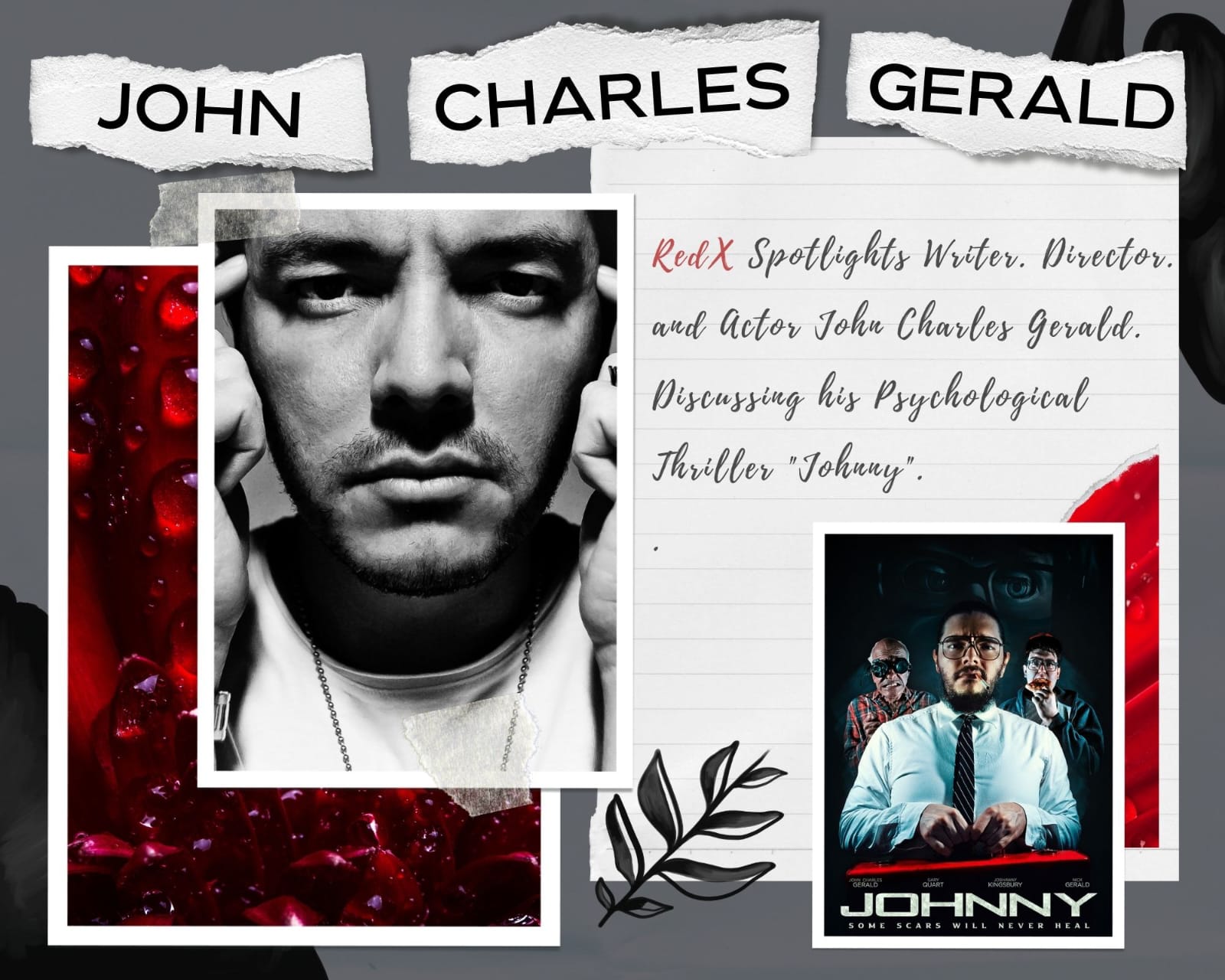 Nothing can be expressed unless it is experienced. We are here to connect you with ‘Johnny’, a psychodrama written, and directed by an emerging talent with exceptional skills to express the miseries and trauma. We are talking about John Charles Gerald and his first feature film ‘Johnny’.

‘Johnny’ is basically the story of a guy whose youth reflects what he had to bear in his childhood. The lead character had to suffer parental abandonment, traumatic socialization and social rejection in his early childhood.

You will understand the meaning and essence of the very first sentence when you will learn that the story of the movie is based on the true events of the life of John Charles Gerald, the writer and director of ‘Johnny’.

Wait! There is something even more special about this movie. The lead role has also been played by the person himself. Yes! John Charles Gerald, the writer and director of ‘Johnny’ has himself appeared in the psychodrama as Floyd, the lead role of this indie psychological movie.

So, the person who has experienced, has expressed himself. Now just imagine, how beautiful and realistic this masterpiece would be!

Let’s explore some other interesting things about ‘Johnny’. Well, you guys know very well we do not spoil the suspense of viewers.

‘Johnny’ is a psychological drama inspired by the true events with a dominating idea: “some scars will never heal”. It expresses the story of Floyd, a child abuse victim who managed to survive traumatic experiences of childhood. His childhood experiences turn into the demons and do not disappear from his life even when he grows up into an adult. The voices of the past keep him chasing in the present too. The story takes a new turn when all of a sudden he finds a creepy ventriloquist puppets who listens to him and talks to him too.  The puppet reminded him of the experiences of his childhood.

Don’t think that anything mentioned above is a spoiler. It is just an overview of the tip of an iceberg! The movie has a lot more to offer.

‘Johnny’ is going to make you fall in the ocean of suspense and drama:

As the tag line goes ‘some scars will never heal’, so does the story unfolds into a series of events that go beyond the viewers’ capabilities of making predictions about the storyline. As the story unfolds, we soon learn that Johnny the dummy has a terrifying link to Floyd’s abusive childhood, and when all’s said and done, nothing will ever be the same. In this connection, John Charles Gerald has said, “”I made the puppet appear in a passive way as a “soft introduction” to leave the audience wanting more.”

Thus, it is safe to say that suspense and drama presented in the movie will enable the viewers to dive deep into the ocean of suspense and come up with the calls for wanting more such stories.

About the one-man army behind ‘Johnny’

John Charles Gerald has done something significantly extraordinary in bringing this psychodrama in front of us. So far we have introduced him as a writer, actor and director but you well be surprised to know how much diversely skilled he is. John Charles Gerald was a jack-of-all-trades throughout the making of the film. Gerald also produced, composed the music, and designed the sound mix utilizing all the tricks he learned while earning a degree in sound engineering.

Where it is common to find the list of not less than a dozen of people behind the creation of a short film, you will find John Charles Gerald as the one-man army struggling in front and behind the camera. Answering a question about how did he manage all these thing, he said, “I don’t know how the heck I did all that by myself. I guess you go into full-time survival mode when embarking on something as huge as a film.”

You might be thinking that he is not less than a superman of filmmaking because it is really rare to have expertise in a variety of totally different streams. There is no second thought to the fact that this man is genuinely a super talented person.

About the cast of ‘Johnny’

Along with John Charles Gerald, we can find a set of skilled and seasoned performers who have done their best to make this movie a super performer. ‘Johnny’ also stars Gary Quart, Joshua Kingsbury, Carlos Proa, alongside the Nick Gerald as Young Floyd.

While telling about the experiences of working on ‘Johnny’, Gary Quart who plays Gary Norm, has said, “Working on Johnny was an interesting experience. The puppet freaked all of us out and we even heard voices on set filming at 3am. I needed therapy after completion to cleanse from my character. ‘Kubrick Gerald’ we called our director as a friendly joke when his obsession with perfection was evident.”

This statement amply certifies the fact that the team has given their best and the actors have submerged themselves into the characters.

Where can this movie be found?

‘Johnny’ has been released by the Midnight Releasing. It is a premiere home entertainment distributor of quality independent genre films. The movie is now available on VOD.

In short, the latest psychodrama, ‘Johnny’ has sought to highlight a very grave side of our society; the horrors of childhood. It aspires to draw the attention towards ensuring a happy and full of caring childhood as a basic right of every child. This is important in a sense that the experiences of childhood frame what one appears to be as an adult. For this, the movie focuses on the standpoint that “some scars will never heal.” This issue needs to be highlighted until the society starts acknowledging the gravity of traumatic socialization. In this connection, John Charles Gerald has indicated to come up with another such movie with extended energy. He has said “I made the puppet appear in a passive way as a “soft introduction” to leave the audience wanting more because I want to make a second film. Once there is some momentum, I’ll make a very active puppet comeback story where Johnny goes nuts! Like a modern Chucky.”

Click link below for all available streaming channels to buy or rent Johnny. https://midnightreleasing.com/filmcatalog/johnny/