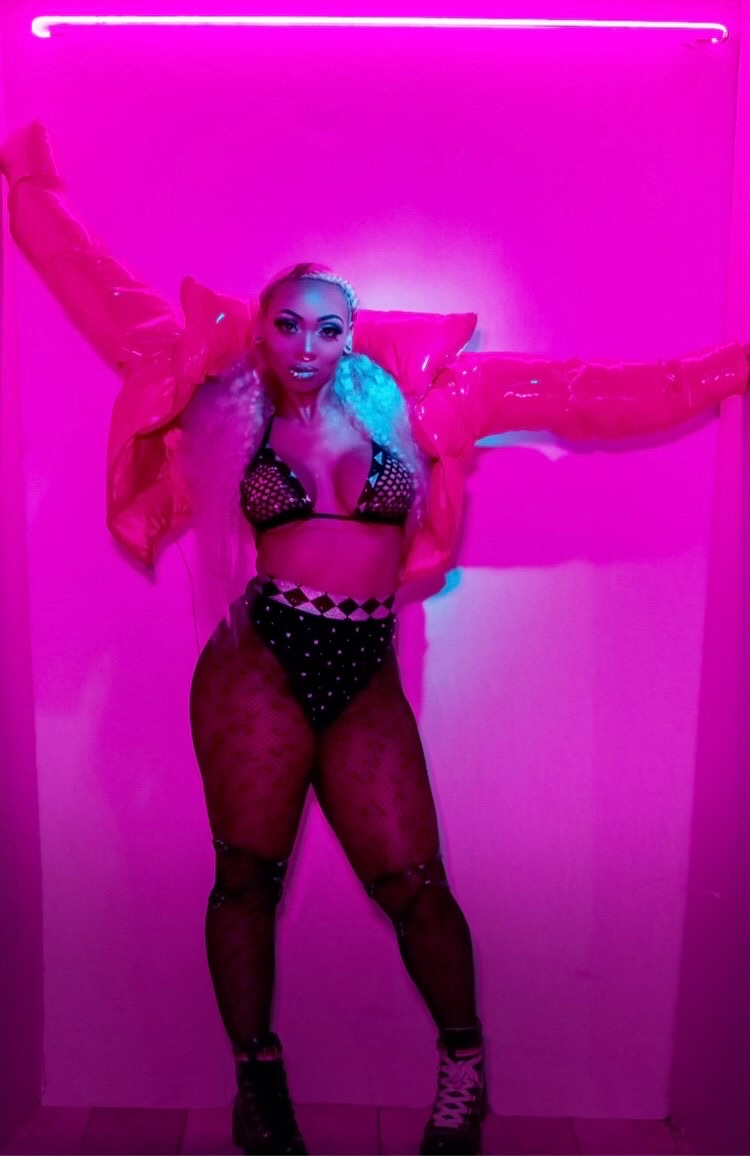 KEESH HAWKZ is the talk of her state when it comes to the music scene. When you talk about females that are crushing the music industry KEESH HAWKZ is the first female rapper to come to mind. Being in an industry that’s mostly ran by men can be a challenge for women who are on the rise, but Keesh has earned her spot, and time after time, she has proven that she can keep up with the men in this industry. Keesh has been compared to some of the greatest female artists in the industry, like Nicki Minaj, due to her word play and versatility.

Keesh Hawkz was born in Newark, NJ, and raised on the streets of East Orange, NJ, which shows in her music with her hard lyrics and ghetto stories from the female perspective. Growing up listening to New Jersey female rappers such as Queen Latifah and Lauryn Hill, she brings songs to the table from a woman empowerment point of view that is much needed in the game now.

Her songs pull out the inner beauty in a woman they are looking for and talk about the struggle of relationships and the temptation of the environment in which she grew up. The combination of her lyrics, delivery, and one-of-a-kind voice, grabs listeners’ attention, and they always want more. With her recently released E.P. “D.U.M.P.,” an acronym for Don’t Underestimate My Pen, once heard by the right ears, Keesh Hawkz will take her rightful place In the music industry.

What makes Keesh Kawkz stand out is her unique sound and creativity on each record she releases. Keesh Hawkz’s wordplay and storytelling set her apart from anyone in her field; she is out rapping most of these men in the industry and is already an icon in people’s eyes.

What’s inspires her to keep going is her family, the need for diversity in the industry, her message, which is uplifting the oppressed and giving a voice to the voiceless. Women empowerment!

Keesh Hawkz just released one of her biggest songs, “Lemonade,” which she wrote in early summer 2022, and she shot the video right after the release of the song because of the massive attention the song has got.

“Lemonade “is executive produced by AceMula & StylesSavage. On the record, you can hear and see why Keesh Hawkz has gain the ears of the industry with her hard hitting bars and the vibe she provides throughout the whole song. Keesh Hawkz is the leader of her generation when it comes to female rappers and has been giving a lot of other women inspiration and motivation to one day be in the shoes she’s in. We can definitely see Keesh winning Grammys and selling out arenas in the near future. There is no telling how far this talented Icon will go.