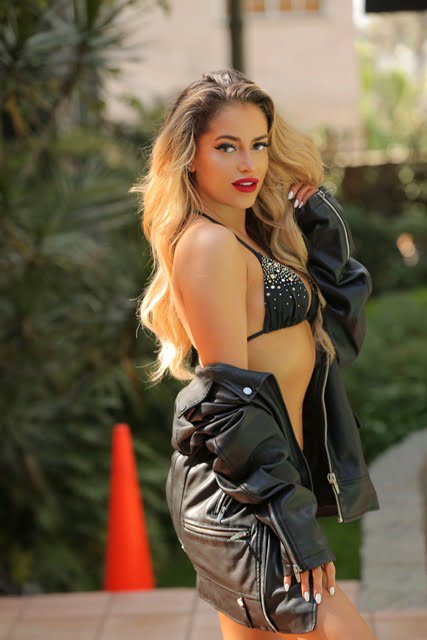 Things You Should Know About KRISTINA URRIBARRES

Kristina Urribarres was born in Ukraine, but she’s half Ukrainian and half Cuban. She moved to the States at the age of 12 and went to school and college in Virginia, graduating with a Bachelor of Science degree in Psychology from Old Dominion University. While at University, she started her YouTube channel and has since worked with numerous makeup and fashion brands, including Fashion Nova, Insert Name Here and Honeybum.

She decided to pursue the YouTube career after graduating college and made the move to Los Angeles by herself. Since then, she has amassed a large following on YouTube, TikTok, Facebook and Instagram under the handle @k3chocolate. You may have seen her in viral Facebook videos with other creators, which have accumulated hundreds of millions of views on her K3chocolate page.

Earlier in 2020, Kristina was hand-picked as one of only 6 ambassadors to represent the Los Angeles-based skincare brand, Derma E for the 2020/2021 year. Derma E specializes in environment-friendly and vegan skincare products. Kristina has been vegetarian since 2014 and supports environmental integrity, so it’s an amazing fit.

Health and fitness is important to Kristina, especially after having an extreme case of Covid-19 earlier in 2020. Her favorite type of exercise is dance fitness. Kristina did cheerleading as a teenager and gymnastics as a child, but dancing was always her passion. Her favorite dance style is Latin, including salsa, bachata, cumbia and merengue. But she loves learning different styles like belly-dancing and hip-hop and mixing all styles into one final performance. Kristina’s grandfather, Ruben Urribarres, was the National Cuban Orchestra director and composer for over 40 years, so music is very close to her heart.

Kristina became certified as a Zumba instructor years ago and is now a trainer for the new fitness app, Turbofit. She is one of just a dozen trainers on the app, alongside Corey Wharton and Cheyenne Floyd from MTV’s “Teen Mom” and “The Challenge.” The trainers on the app each have their own fitness niche, like boxing, weights, cycling, sculpting etc. and Kristina’s is dance fitness. After being bullied on the cheerleading team in high school, Kristina says she wants everyone in her fitness class to feel included. “I don’t want anyone to feel like they’re unwelcome or they’re not good enough. I want everyone to have fun while exercising,” she says.

Aside from beauty and fitness, Kristina also hosts charities like “Babes In Toyland,” which hosts red carpet events to support the U.S. military, Christmas Toy Drives and animal shelters. Today Kristina is networking with big celebrities in LA and will be internationally known soon!

What’s your advice on how to start marketing someone’s YouTube and tik tok? And what kind of things should people not worry about even if their Goal doesn’t happen as soon as they want it to?

“Don’t wait for the “right time” because there will never be a “right time.” Getting started is the most important aspect of it, as well as staying consistent. Study the algorithms of the platform and collab with other creators because there are always new techniques  to learn from each other in this industry.”

Advice for people who want to start on their fitness journey?

“Getting started with fitness is similar to social media because you have to just get started. Don’t wait until you’re at a certain weight or or think that you have to do a marathon or do a thousand crunches a day. A lot of people fall off their fitness routine because they set this impossible standard for themselves when in reality, every little bit goes a long way. Just getting up and doing some squats while you’re watching TV for 15 minutes is already a start. It all adds up in the end and you will see the results!”

KFC Heiress Designer of the Century, Celebrates her Christmas Spirit with her Hottest EDM Lingerie