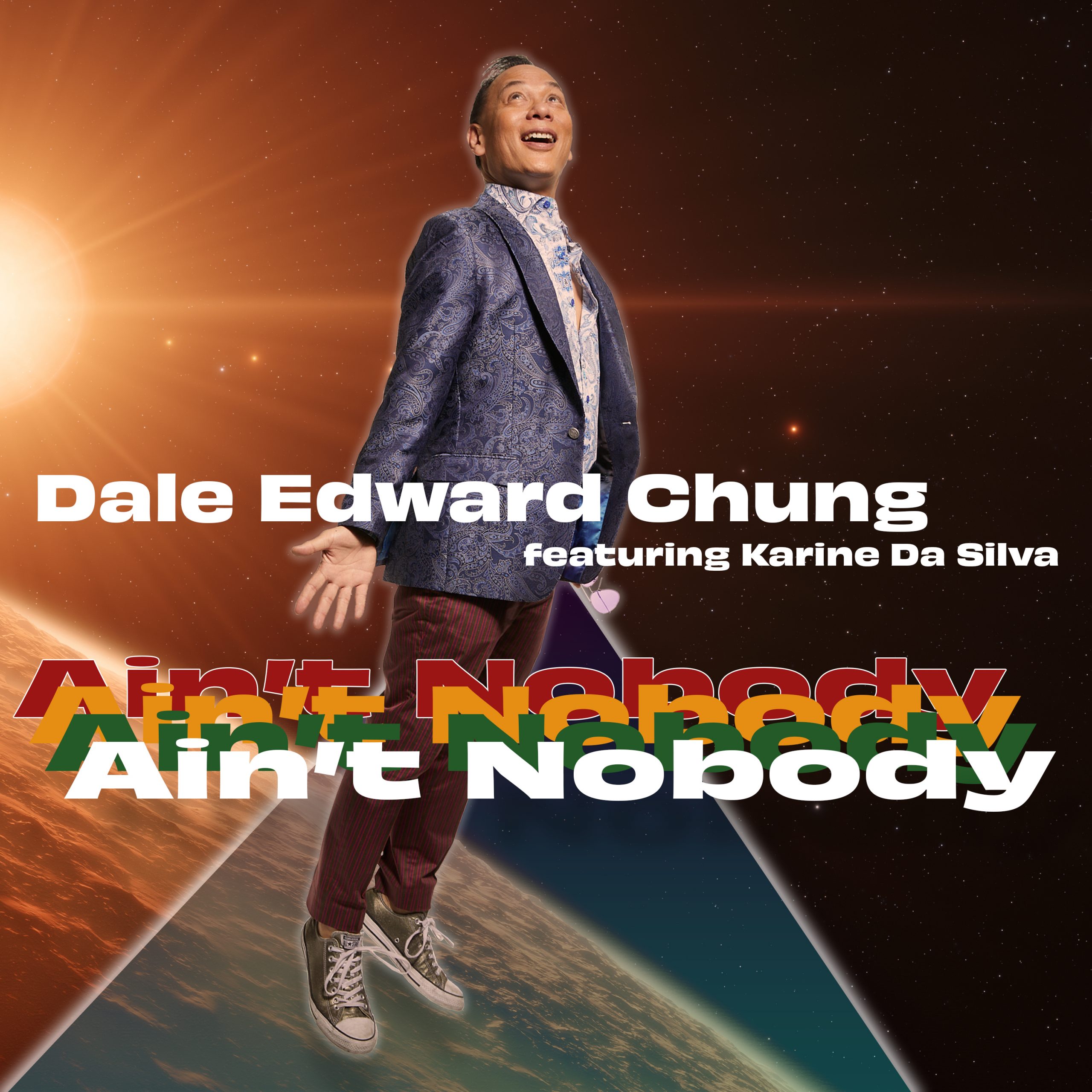 Latin Grammy Winner Dale Edward Chung is releasing his fifth single this year, “Ain’t Nobody,”. The song is the follow-up single to “The Beautiful One” released in July. Featuring a head-bobbing beat and lush string and horn sections, it confidently declares “Ain’t Nobody gonna stop us now”. The song drives to a peak where Soul Diva Karine Da Silva adds her vocal stylings to emphasize the message. “Ain’t Nobody” releases on Starita Records/Alpha Pup Records.

The song features notable musicians Randy Cooke on Drums. Cooke has worked with Ringo Starr, Dave Stewart, Smash Mouth and Colbie Caillat. Katja Rieckermann on Saxophones.  Reickermann has worked with Rod Stewart, Lady Gaga and Brooks and Dunn.  Rocio Marron on Violins and Violas. Marron is from the 2x Grammy-winning Mariachi Divas and is a first-call musician for film and TV. Ted “Bylss Gould on Bass.  Gould has worked with Rock and Roll Hall of Famer Ziggy Modeliste of The Meters.

Chung is a former member of the classic r&b funk group Con Funk Shun and plays at the Whisky a Go Go as the resident percussionist for the Ultimate Jam Nights. As an actor, he starred in the Screen Actors Guild (SAG) award-winning film “Unspoken” in the early 2000s and a handful of commercials and films since.

Originally from Oakland, now based in Los Angeles, Chung began his professional musical journey in the 1990s San Francisco Acid Jazz scene. The scene was a mixture of live music and DJs, Chung worked with such notable DJs as Julius Papp, J-Jay, Jellybear, and DJ EFX.

His first single and short film music video, “It’s Over,” won the Los Angeles Indie Film Fest award for Best Original Song, the EdiPlay International Film Festival award for Best Music Video in Paris, France and is a semi-finalist in the Austin International Art Festival for Best Music Video.  The music video for “The Beautiful One,” has gained over 67K views on YouTube since its release.

Chung is a board member of the David Z Foundation, raising money for music education for students in need. He also serves on the Advocacy Committee of the Los Angeles Chapter of the Recording Academy (The Grammys).