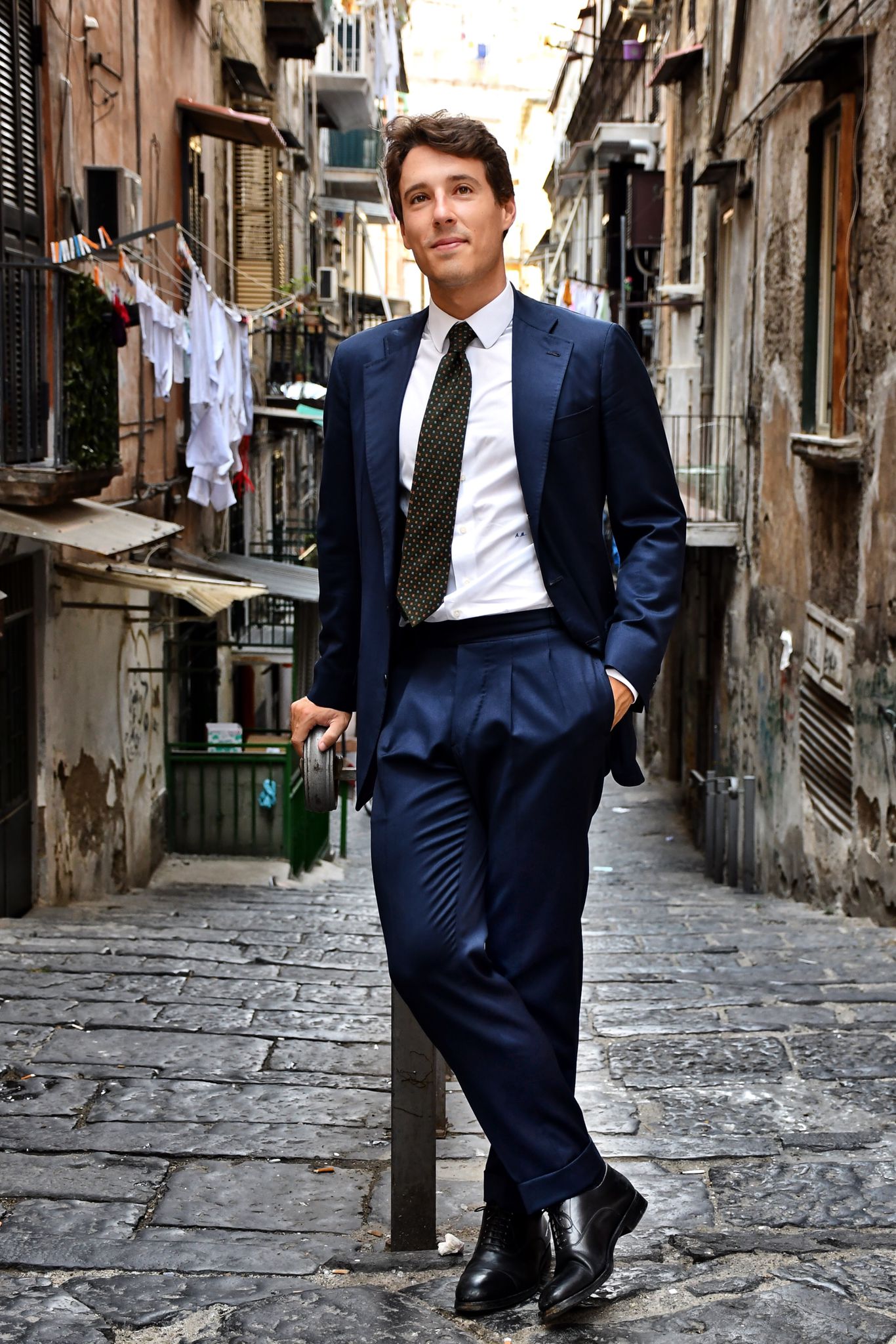 Naples isn’t a city; Naples is a lifestyle. A wonderful jumble of places, color, scents, art, crafts, and souls. Naples is a feeling, a feeling of grandeur. And this is reflected in its citizens and indigenes located worldwide.

Carrying On The Family Tradition

One of these citizens is Alessandro Marinella, Fourth Generation craftsman of the E.Marinella. E. Marinella is a bespoke tailoring firm founded over a century ago by Don Eugenio Marinella. E.Marinella was founded in 1914 in a small shop overlooking the sea; Today, it is a universal symbol of craftsmanship, hospitality, tailoring, excellence, and Neapolitanism.

E.Marillena is known for its ties. These ties can be seen around the necks of the most influential personalities in the world. Adorning one of these items proves you are a lover of elegance and skill handed down for generations.

Heading such a vital firm is no easy task. To accomplish this feat, Alessandro Marinella has had to go through a lot of formative experiences. From his early years at the Liceo Scientifico Mercalli in Chiaia to his Business Administration program at the University of Naples

Alessandro has also undergone several advanced administrative courses, which have led him to explore various management strategies in London, Barcelona, and Naples.

To Alessandro, learning is something that never stops. And with this mantra in mind, he continues to improve himself every day to be the best possible asset E. Marinella has ever seen. A young man in his twenties, with an important surname and an essential history behind him. Marinella has been able to create his own path and carve out his own space in the present and the future of a brand that has handed the meaning of elegance and Neapolitan sartorial art to the world.

Alessandro’s father, Maurizio Marinella, is often referred to as the backbone of the E.Marinella brand and its current expansion project. With his guidance and model behavior, Alessandro has grown as an individual personally and professionally.

His teachings and influence have helped nurture Alessandro, teaching him the art of commerce, but above all, entrusting him with the most crucial task: Carrying the E. Marinella brand into the future by innovating and adopting various technologies never seen before in the world of bespoke tailoring.

Alessandro also learned the value of bringing people closer and making them feel at home from his father. You can see this by simple gestures such as offering customers a cup of coffee after a purchase in a boutique.

Alessandro is a versatile social media influencer who uses his media profiles to spread the E. Marinella name worldwide. He was one of the first people in the tailoring industry to understand the importance of social media in commerce and worked fast to build a strong following for the brand.

Alessandro understands that social media is a digital window to express oneself. This is why he stresses the importance of Neapolitan culture, excellence, and history on E. Marinella’s social pages.

Alessandro Marinella is an icon in the making. And through dedication, hard work, and family values, he plans to take the E. Marinella name to every corner of the globe.