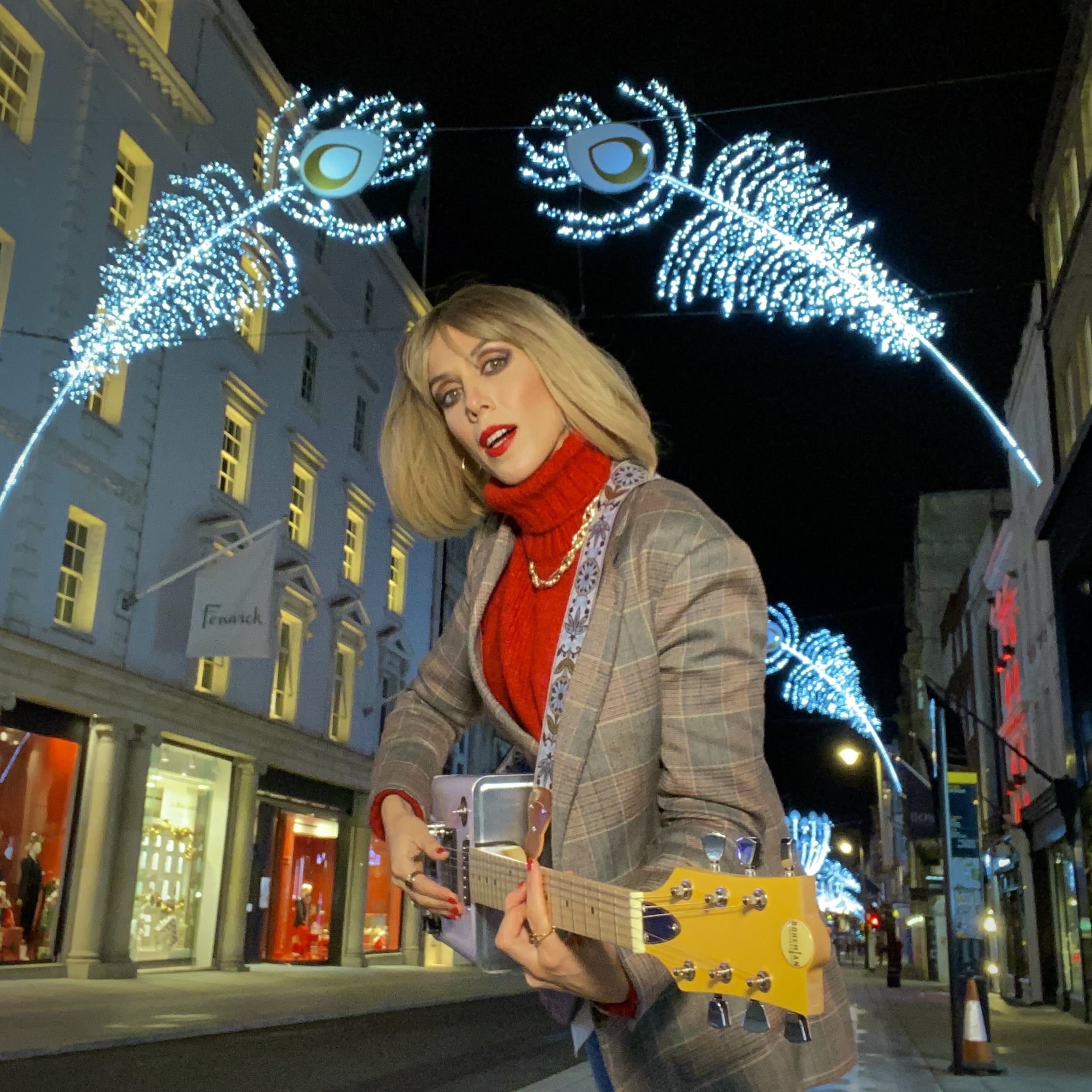 Logan J Parker was born in Portugal. Influenced by the sea and sun, her  hometown Ericeira holds a special place in her heart, she states, “I learned to surf before I started to walk. My parents were my music gurus, they played me and my siblings the most amazing records one can only imagine.”

She has diverse musical influences from T Bone Walker to Leonard Cohen inspiring her love for early Mississippi Blues to 50’s Jazz, 60’s Rock n’ Roll and later her most recent influences such as Amy Winehouse, The Teskey Brothers, Kaleo, and Lianne La Havas.

“When I look back at my childhood I recall vinyl everywhere, long walks on the beach, endless sunny days, laughter and tears. Music was a natural state of mind. It was my safe place and so, while growing up, it became an essential part of me.”

Once she graduated in Economics, she moved to work in a bank in Lisbon which she began to hate, she states, “I found myself so creatively restricted and stripped of all my hopes and dreams, to the point that I got really ill. One day I collapsed in the bank and at the hospital, I was first diagnosed with leukemia, which thankfully turned out to be chronic anemia. The shock helped me realize that life is precious and we can’t waste time living an unhappy and unfulfilling life. Since that day, I decided to choose music…forever. Like Bukowski says: You have to die a few times before you can really live.”

This led Logan to move to London in 2016 when she began to work on her own music, composing originals. After meeting Viv Broughton, CEO in The Premises Studios while recording her demo, things started happening and led to the release of her debut EP in September 2019.

Logan supports the Extinction Rebellion movement so she makes her records in a fully solar-powered studio. She believes in artist empowerment, especially for women. She creates her music through her own independent company where she owns all her copyright. She states, “It’s outrageous that music artists are still forced to sign their lives away for a pittance – look at Taylor Swift, all her copyrights now owned by her worst enemy!”

Logan has been very productive during the Lockdown having released two new singles which are 100% home-made: ‘We’ll Be Gone’ and ‘Blue’. The former grabbed the Portuguese media’s attention and Logan went live on the news to talk about her Lockdown experience in London, this brought her a wide and unexpected exposure which has translated into new fans and followers. The latter was released on the 10th of May, a song she has dedicated to her mother Rita on mother’s day.

Logan’s brand new cut, ‘My Faith is Hard to Follow’, is a haunting summer breeze of a song laden with echoes of Billie Holiday and Ella. The video – a surfer’s mini-odyssey – was shot and edited entirely on Logan’s own iPhone, filmed by her Mum Rita! As so often with Logan’s songs, underneath each sparky hook lurks a deeper darker lyric. ‘My Faith Is Hard To Follow’ might swing like crazy but behind the curtain heartbreak and betrayal are never too far away. Another classic gem from Logan J Parker! Out now on all platforms.

Logan is a star in the making. Her original songs come deep from her soulful heart. She is currently working on her debut album which is due for release in 2021.