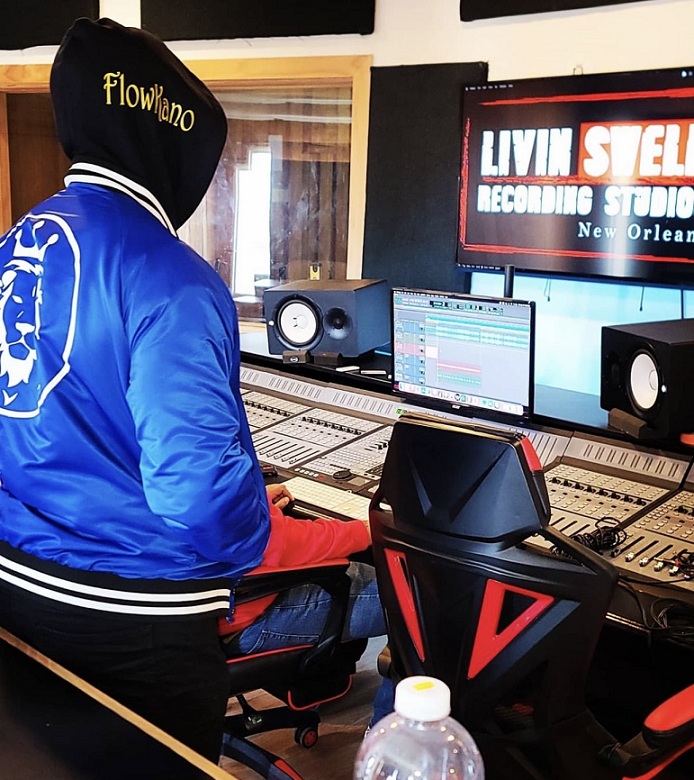 New Orleans, LA In TJones’ city, dreams don’t come true until you get hated on or until somebody kills you. That’s been his experience in New Orleans over the years as he’s tried to make a name for himself as a musician and businessman. And those experiences are front-and-center in his music. Every song by TJones has its own flavor and appeal, and each song fits a different mood and atmosphere.

He describes his music as an instrument that shows off his life through his writing skills, with many of the stories told through songs coming from his perspective. “I consider myself a fly on the wall,” he said. “I have survived a lot of crazy situations unscathed. Sometimes I’ve just been in the wrong places at the wrong time. Overall, my lifestyle is cool. There’s nothing way out of the box and extreme with the stories. More than anything, it gives you a new vibe and a new flavor in a way that makes your ears tingle because it’s something special. “

TJones has always been a native of New Orleans, having been born there in the 80s and raised on the streets. Over the years, he’s done many things to make ends meet from landscaping to being a barber to working as an auto mechanic. But his first love has always been hip hop, and he’s worked hard as a rapper to make a name for himself and carve out a niche in an over-crowded music scene. His signature sound and style are definitely distinct, with an inviting Louisiana drawl that’s reminiscent of Ludacris. But his songs and lyrics are unique to him, and he’s proud of the development he’s gone through over the years as an artist.

“I have my own voice and I’m not a one-trick pony,” he said. I’ve been through a lot of development, and I know artist development is important. That sets you apart from those who just rely on their raw talent. My music is derived from my soul, my hustle, and my environment. I wasn’t born an angel and I write about what’s true to me and my life. I write about what I’ve done or not done, what I’ve seen and what I love. I want to get a message out through my music to encourage people. I’ve done my fair share of shit you ain’t supposed to be doing. But at the end of the day, I’m just like you trying to put a message out there to the world. So here I am a fresh new face who is going to do something that exhibits something different. ” “You gotta let the energy flow,” he said. “Flood the streets with it. People are going to walk all over it and get covered up in it. Whatever it is that defines you, just let it drip with flava. ”

To listen to TJones’ music or to follow him on social media, please visit: