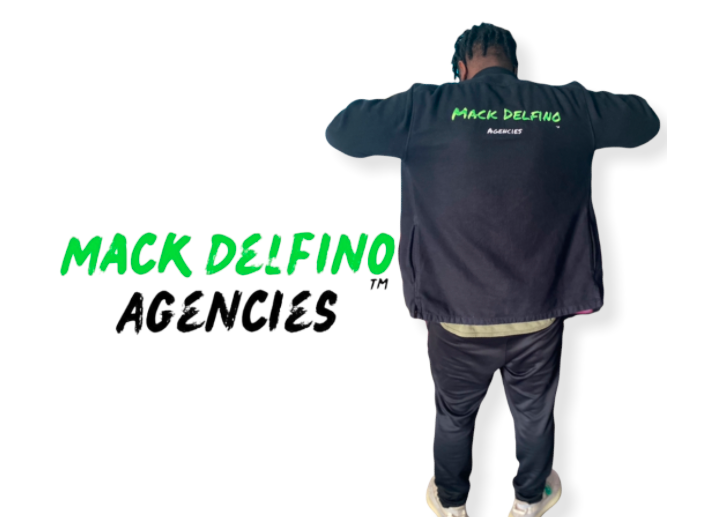 Mack Delfino Agencies is a multi-platinum global marketing agency geared towards developing upcoming artists and promoting quality music of today. They provide targeted SEO marketing campaigns to help build your fanbase and generate monetizable streams as well as provide PR campaigns to get you featured in major magazines, blogs and even radio!

Mack made his debut in the music industry in 2016 and has obtained an insane amount of accomplishments. Just this past year, Mack has joined forces with Multi-Platinum Management company Best Kept Secret as Director of PR, A&R and Management and is already known for 2 platinum records including icons Ayo & Teo, Busta Rhymes and YSL B SLIME featuring OG Parker. To add to his success, Mack just days ago has signed with Team John Hill a grammy nominated songwriter and producer who has worked with icons such as R Kelly, H.E.R Story, Chris Brown and several others. This is a huge deal for Mack Delfino Agencies as this has created a direct partnership with Mi5 Universal. The possibilities of getting artists record deals has become certain.

Mack has even more to celebrate as he has been given the title, “Co-Executive Producer” for a movie by Detroit rapper, Young Ra called, “Makin It” featuring legendary actor Clifton Powell, better known as Pinky from his role in the movie Friday After Next and legendary actor Tray Chaney who is featured on HBO TV series The Wire and Saints & Sinners. The movie is expected to be released early April of 2022.

Climbing the corporate ladder, Mack has acquired astronomical resources to help upcoming artists and celebrity artists scale their brands having all the vital pieces to execute huge strategic plays. “We are always looking to implement more digital strategies to help push us in the right direction” Mack mentioned in his recent live radio interview with Hot 107.5 Detroit.

Speaking of digital strategies, Mack has allied himself with Eesean Bolden, Sr. VP of A&Rs at Warner Music Group as a digital strategist on the Culture Jam team founded by Kawhi Leonard of the NBA. Mack is currently engaging in conversation with some of the biggest influencers around the world in order to create trends on TikTok for songs off Culture Jams VOL.1 project. Looking forward to the release of VOL.2 during AllStar Weekend in Cleveland this February, Mack made a genius move by pulling Culture Jam into his latest project which is putting together the celebrity event for AllStar Weekend 2022.

The coming year is looking very promising for Mack Delfino and we anticipate he will be one of the biggest industry entrepreneurs in no time. For more information on Mack Delfino Agencies please visit their website via:

Bey Bright: A Phenomenal Star On The Rise in the Music Industry