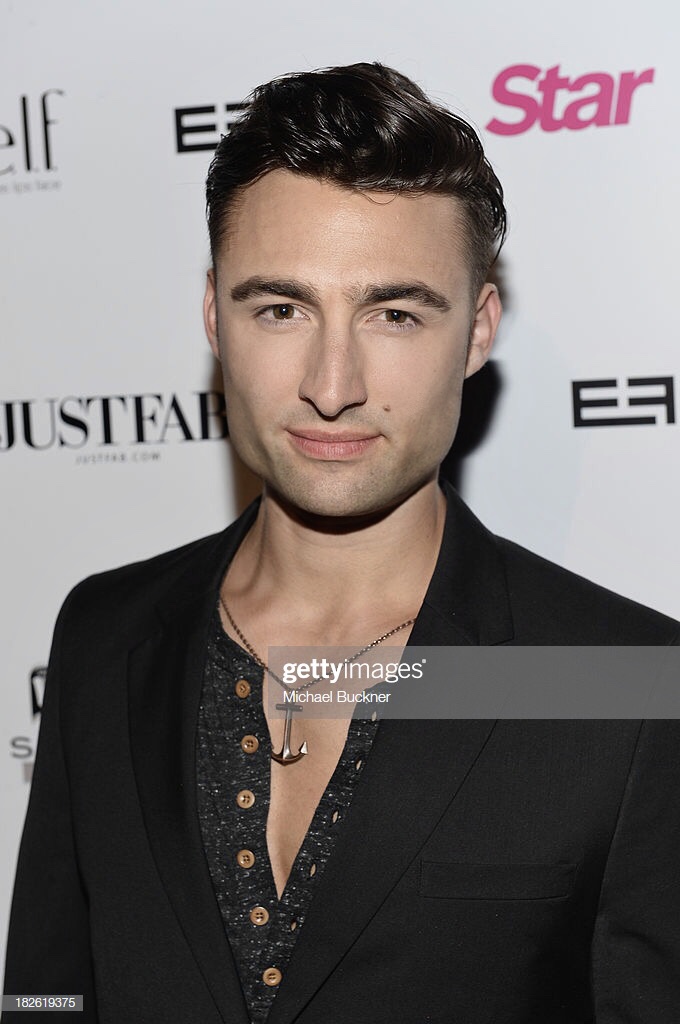 Success is not an event. It is a process. For Hollywood model and actor John Strand, it’s been a Mach-1 flight of wild twists and turns reminiscent of his idol Tom Cruise’s famed Navy fighter pilot “Maverick”. The career accomplishments of this creative dynamo really did come at the speed of sound, with a rock & roll band serving as the springboard for a daring and diverse journey though the avenues of fashion, media, entertainment, and social activism.

The story reads almost like a Hollywood script fulfilling itself…

The Takeoff: Not Your Normal Runway

John Strand is an Italian-American from Los Angeles California, and grew up in a miliary family with a father who served as an officer in the U.S. Navy (and even briefly pursued the fighter pilot program). This upbringing brought the family to moments in many cities around the United States on both coasts and in between. John Strand found his way into the performing arts when he was quite young, starting as a classically trained pianist at 10 years old, and in his teens became a lead singer, keyboardist, and song writer for an indie rock band ‘Celeste’,eventually departing from his college business degree program to work in a recording studio and produce the band’s debut record.This was just the beginning of his exposure to the world of music and media, however—he was destined to diverge into many other skies of influence.

From Music to Magazines

As a result of his musical efforts and exiting live performances, John Strand soon caught the attention of people from fashion world, and it soon became clear he had extraordinary modeling instincts and a flair for the dramatic. Magazines quickly found a taste for Strand, and he continued to shine on covers and editorials in many publications around the world from Italy and other European markets to Safari Magazine in Japan and Forbes Magazine Lifestyle. His success led to his signing with Wilhelmina Models New York City, Envy Models Las Vegas, Bicoastal Models in Los Angeles, and BB Models in New Delhi. As driven as he is dramatic, he labored intensely for years and achieved modeling works for legendary fashion designers like Giorgio Armani, Ermenegildo Zegna, Uniqlo, United Colors of Benetton, Anthony Franco, Michael Costello, Mr. Turk, and many more, weaving a dazzling tapestry of style accomplishments.

Speaking the Silver Screen into Existence

The exposure to camera only further ignited John Strand’spassion and imagination for creative accomplishments, and he began to be cast for acting roles in various commercials and TV productions. Although he was at home in Hollywood in Los Angeles, the struggle to develop an acting career was indeed a difficult one. He continued his hard work and found his way into appearances on Vanderpump Rules on Bravo, True Crime with Aphrodite Jones on Discovery Channel, Tosh.0 (Daniel Tosh) on Comedy Central, Breaking Amish on TLC, and more. He also had lead roles in indie films ‘Just Missed’ and ‘Willpower’.

Around The World In Eighty Frames

The only limitation to your dreams are those you imagine yourself. Always yearning to discover new people and new places, John Strand signed an overseas modeling contract and worked in the Asian markets for almost two years prior to the Coronavirus lockdowns. The tour was originally for 3 months but the demand for his appearances increased so much that his contract was renewed several times over.

A constantly evolving world demands flexibility and ingenuity. John Strand has taken a Maverick flight path to many levels of fashion, film, and media success, but he doesn’t take it for granted, nor does he appear to be slowing down. His endeavors continue to expand into acting and directing projects, content creation, and cultural engagement to advocate for human rights, and he serves as a guiding light for many aspiring artists. Track this Maverick at JohnStrand.com/Contact