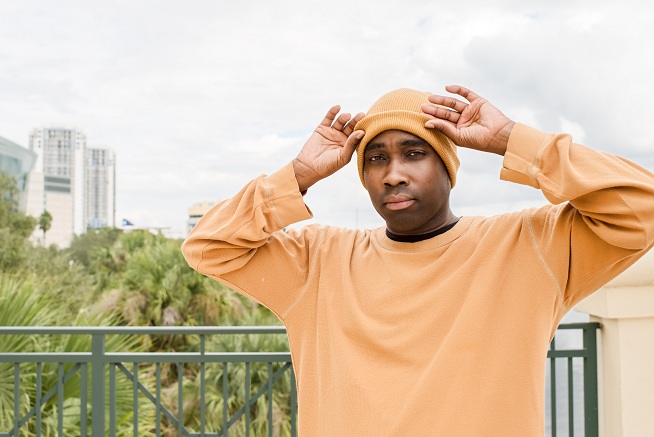 Today, Redxmagazine will approach the Horizon, an emerging hip hop artist to share few words. We are happy to share the full interview of Horizon here!

Who are you? Please tell us something about you!

Horizon is an independent hip hop artist born in New Jersey facing challenges with a goal to overcome and achieve greater success.

How did you get started in music?

I got started in music in elementary school trying out various instruments such as the Trumpet, Flute, and Keyboard. None of which I mastered. I gradually became addicted to music videos Yo! MTV Raps and Rap City. Listening to regular and underground radio stations that played hip hop music. The love for it grew in me so much I began pushing myself to write rhymes. And sometimes record myself by using instrumentals and tape decks. My very first performance was a simple show in an auditorium in front of school mates.

Describe a turning point in your career?

A turning point in my career was moving in a more professional direction recording in music studios that serviced some of the greatest singers, musicians, and hip hop artists.

The finished product is so impeccable the urge continues to motivate my writing and recording potential. The more practice the better the art.

Describe your artistry in three words?

What was your first song?

“Gifted” a song released on a collaborative mixtape.

What was your first professional video?

What was your second professional video?

It is called “Shine Beyond Remix” feat. Funkghost in 2022

A live show for me exciting and pretty much on a small-scale audience while on a drive to grow my fanbase and gain more exposure.

What are you currently working on now?

What is your ultimate goal as it relates to music?

My ultimate goal is to win as many awards as possible, specifically a songwriter award. And to have at least one song go Platinum and rank on the charts.

What’s the coolest place you’ve ever performed at?

Four of the coolest places I’ve ever performed at were The Ritz, Soulstice Lounge (Supa D’s), The Orpheum, and Pegasus Lounge & Niteclub all in Tampa Florida.

Describe one of the best shows you ever performed?

In the beginning of my career all shows provided me with a different learning experience to grow and improve. But the best was “The Ritz” was a event/show that I performed a song called “Safe”.

Have you had any interactions with a celebrity?

No interactions with a celebrity.

What did they have to say about your music?

But so far, listeners that follow my music all have positive feedback and comments.

Listeners Are About to Discover a Paradise of Hidden Treasures When Female Singer-Songwriter Psyclo Releases Her Much-Anticipated Debut Album, “Shxffle”