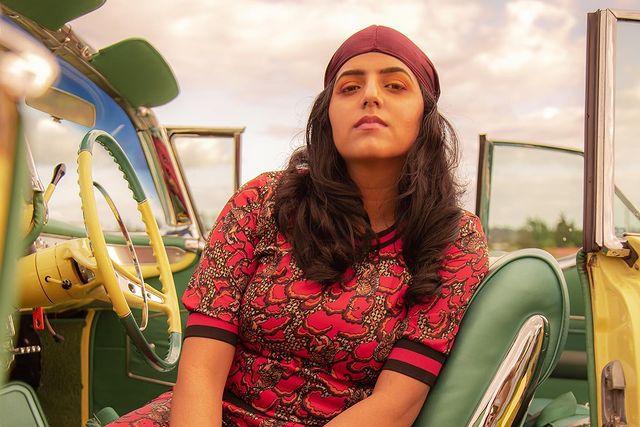 Multi-Talented Aman Bassi is an Executive Producer, Musician and Director from Surrey, Bc Canada. Born with numerous awards and accolades to her name such as “Best of Dop” and “Best of Show” at Whistler Film Festival along with being nominated as the “Best New Director” . Aman’s creative instincts have always set her apart from any crowd. Aman Bassi is also a part of popular Netflix Productions like Firefly Lane, Stranger thing , Sabrina, Riverdale (ongoing). She also had worked with many Disney Shows and alongside Warner Brothers studios.

Since an early age in life she glued with the camera now she is a Celebrated Director having worked on Directer’s guild film projects including “When The Lights Go Out”, ‘Ghosting’, ‘Bates Motel’, ‘The Mighty Ducks’ and ‘ Descendants 2’  . Once upon a time in Hollywood ‘Hobbes and Shaw’, ‘Jumanji2’, ‘ Deadpool 2’ and iconic Punjabi films ‘Ardaas Karaan’, ‘Manji Bistre 2’, ‘PR’ and the indie film Monster.

Aman Bassi also worked as a line producer on multiple music videos in Bollywood as well. She is currently working on her debut album. Aman has released 2 amazing singles off it and both of the songs are well on charts across the world. Her recent track What is Love went on to do well everywhere as the song lyrics are very powerful and creative. Having a great successful film career and working on such Big Blockbuster Film now Aman is focusing on her Album. She has always been passionate about music.

Owing to her young age Aman faced many difficulties in proving her might and ability to others. Being young and female did not make it any easier but her grandmother’s words always motivated Aman to do her best. You should do anything and everything you want to do in life, she said. Aman Bassi also has many popular music videos such as High rated gabru, Issa, Too Hot, Jaata Ve, Closer, Jatt, Circles amongst others.

The 25-years-old producer says Past couple of years in this field has given me a whole lot of perspective into how I want to channelize my life. When I started I didn’t think of a career option but now when I am at it, I wouldn’t have it any other way. Never think that you cannot do something or give up without trying out.

We all need to keep a clear mind and continue believing in ourselves.

Aman Bassi working on a new album this album and film is in her way of sharing her story with the world and she is extremely thrilled to do that. It’s a dream of me to win some of the prominent accodels this industry offers, she says.

So you can be with Aman Bassi with her journey by following her Instagram and also keep supporting her and show some love to her….Instagram