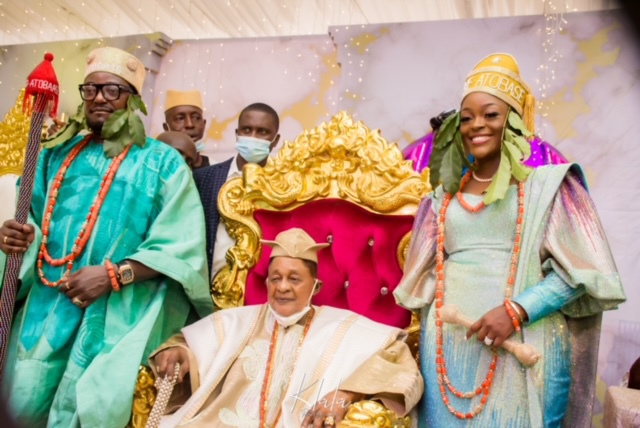 The title of Atobaase and Yeye Atobaase of Yorubaland was bestowed upon Dr. Babajide Agunbiade, one of the world’s foremost authorities on offshore production, and his wife, businesswoman Funke Agunbiade. The ceremony took place in Dr. Agunbiade’s native state of Oyo State, Nigeria. His title, Atobaase, translates to “the one who is skilled enough to be a king,” and he has more than 20 years of experience working in the oil sector. He is the director of National Oilwell Varco, which is situated in Houston. He is the leader of various innovative initiatives that have been carried out in Africa and the Gulf of Mexico. Let’s learn more about this power couple in further paragraphs.

Dr. Babajide Agunbiade is widely regarded as one of the most knowledgeable authorities on offshore production. He is an engineer, investor, and businessman in addition to holding the Director position at National Oilwell Varco in Houston, which is the biggest oilfield equipment manufacturing firm in the world. In this capacity, he has been responsible for the successful completion of offshore production projects with a combined value of over 2 billion US dollars in the Gulf of Mexico and Sub-Saharan Africa. He is a fellow of the Society of Underwater Technologies, the Institute of Industrial and Systems Engineers, and the Nigerian Society of Engineers. In addition, he is a fellow of the Institute of Industrial and Systems Engineers. As of the year 2022, he is one of a total of just thirteen Subject matter experts worldwide in Subsea production systems.

Dr. Babajide’s wife, Mrs. Olufunke Agunbiade, is an American-Nigerian businesswoman, lifestyle aficionado, and creative. She was born on March 23, 1987, in the United States of America. Her entrepreneurial mindset always inspired her to develop something original that she could use to make the world a better place and bring attention to her achievements. She was once the Chief Executive Officer of Sifax Shipping and Logistics, which is a subsidiary of the Sifax Group. She is now the Chief Executive Officer of Midas Luxury Concepts and Midas Global Services.Dr. Babajide Agunbiade, Mrs. Olufunke Agunbiade’s husband, is one of the people that assists his wife in the business. These two have made it their mission in life to assist others, whether it is via their own businesses or the charity they co-founded (The Agunbiade Foundation).

This powerful duo is not leaving any field or stone unturned, and they are always eager to provide a helping hand to others around them. Mrs. Olufunke Agunbiade is a lovely lady who may serve as an example and source of motivation for other working women who want to be successful in their careers but lack the support or role models they can look up to. Mrs. Olufunke Agunbiade is the proprietor of a company that she is actively growing in order to make it possible for others to profit from her achievements. Simply going to the website will provide you with further information on MGS and Mrs. Olufunke Agunbiade.