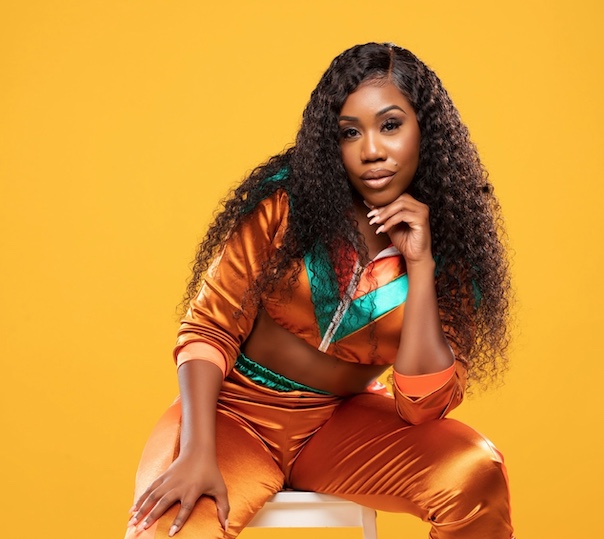 Many artists have almost made it to success, but were stonewalled by obstacles that prevented them from succeeding. There are fewer than 1% of artists that make it in the music industry, and many fail due to the stress of balancing their career and everyday life. The industry’s top performers are battle hardened and have overcome staggering statistics to achieve their dreams despite all odds.

Polkahontas knows the harsh side of life from her own experience. The mother of Polkahontas, who had her at 16, was in a foster home after her grandmother was horribly murdered by her grandfather. Polkahontas was raised by her foster grandmother who protected her from any additional physical abuse by her mother’s second husband, as a result. No matter how many doubters and naysayers there were, she was not deterred. In fact, she was motivated even more to make her mark in the professional world while being motivated to silence them.

As a child, Polkahontas found solace in music, which kept her busy in school. Since then, she has taken the music career seriously, with ambitions to crash to the top of the industry. While working within the film industry, she developed tight connections with industry plugs who encouraged her to keep going, saying “She had something special that the world would love to experience.”

It is now that the Miami-bred, Atlanta-based, hiphop queen is at the forefront of her music career and her sole focus is to spread positive vibes and to establish a timeless legacy that will serve as inspiration for the next generation of artists to follow in her footsteps. She explains, “life is meant to be lived, even if you struggle to find happiness. Appreciate each moment and enjoy the journey”.

Unlike some artists who have synaesthesic relationships with music, Polkahontas is able to envision how successful a track may or may not be. As she describes it, she can visualize and hear people singing each and every word in her imagination. In the same way as legends before her, she feels music naturally, combining her energy with tracks to create a perfect synergy.

Polkahontas’ latest EP, ‘Living My Dreams,’ was a four-track release that showcased her best as an artist. Right now, she is working on her next release, which will get the club jumping and is guaranteed to get you out of your seat.