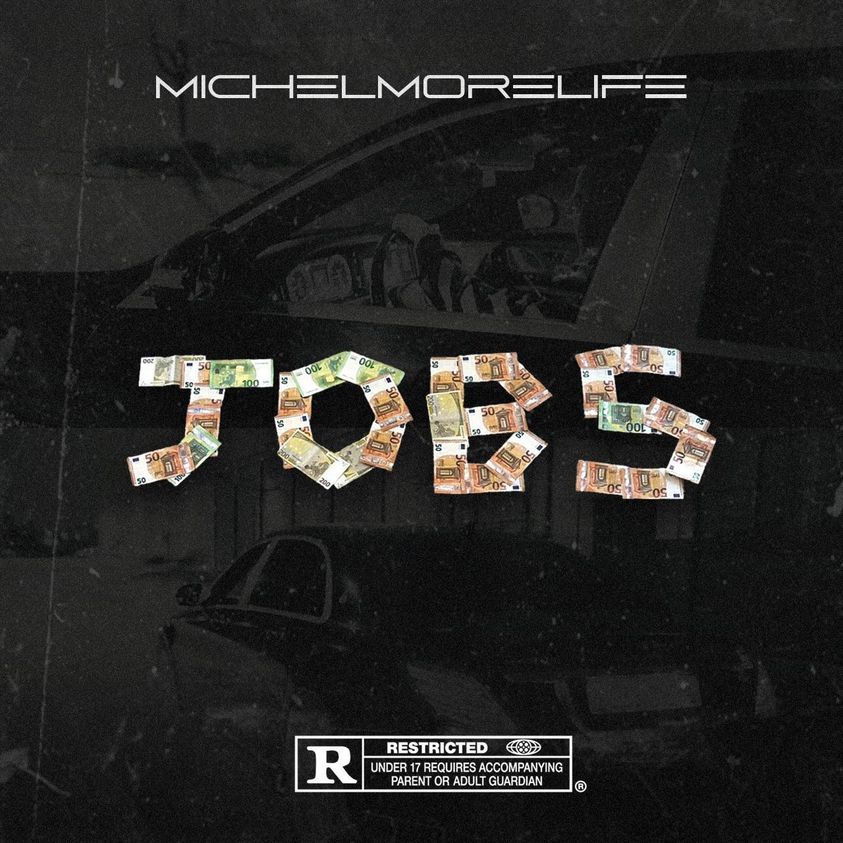 For the past week MichelMoreLife has been posting teasers on various platforms to promote his track ‘Jobs’. On friday the 23’rd we can finally have a closer look. While there is still a big demand for drill songs, MichelMoreLife grabs the opportunity to surprise us with a sampled beat remastered to fit today’s melodies. After some research we have discovered that the sample came from a classical orchester organised by Johannes Brahms, A famous German composer from the 19th century.

This is what MichelMoreLife is famous for, he distinguishes himself by rapping these sampled beats. His previous track ‘Lacking’ that has hit more than 100.000 streams also features a well known sample.

‘Jobs’ is about a favour MichelMoreLife returned to a good friend who needed some help with a business deal.

While the friend in question was out of the country, he needed a person who he could trust. That’s where MichelMoreLife comes in. According to the lyrics there was an exchange of money and gold. In his music video on Youtube we can see a man coming in Michel’s appartement to discuss the details. After a few minutes of arguing and negotiating they have finally came to a deal. We can see MichelMoreLife handing an ‘Albert Heijn’ bag that contains 100 thousand euro’s inside according to his lyrics.

He knew that a lot of people would not believe him, as he is new in the rap scene. At this point in his career it is important to establish credibility. To prove his actions we can see at the end of his videoclip on YouTube, a few Instagram video’s that he has made showing packs of money.

Will ‘Jobs’ reach the same levels of success as ‘Lacking’? Only time will tell. For now we will play it on repeat.