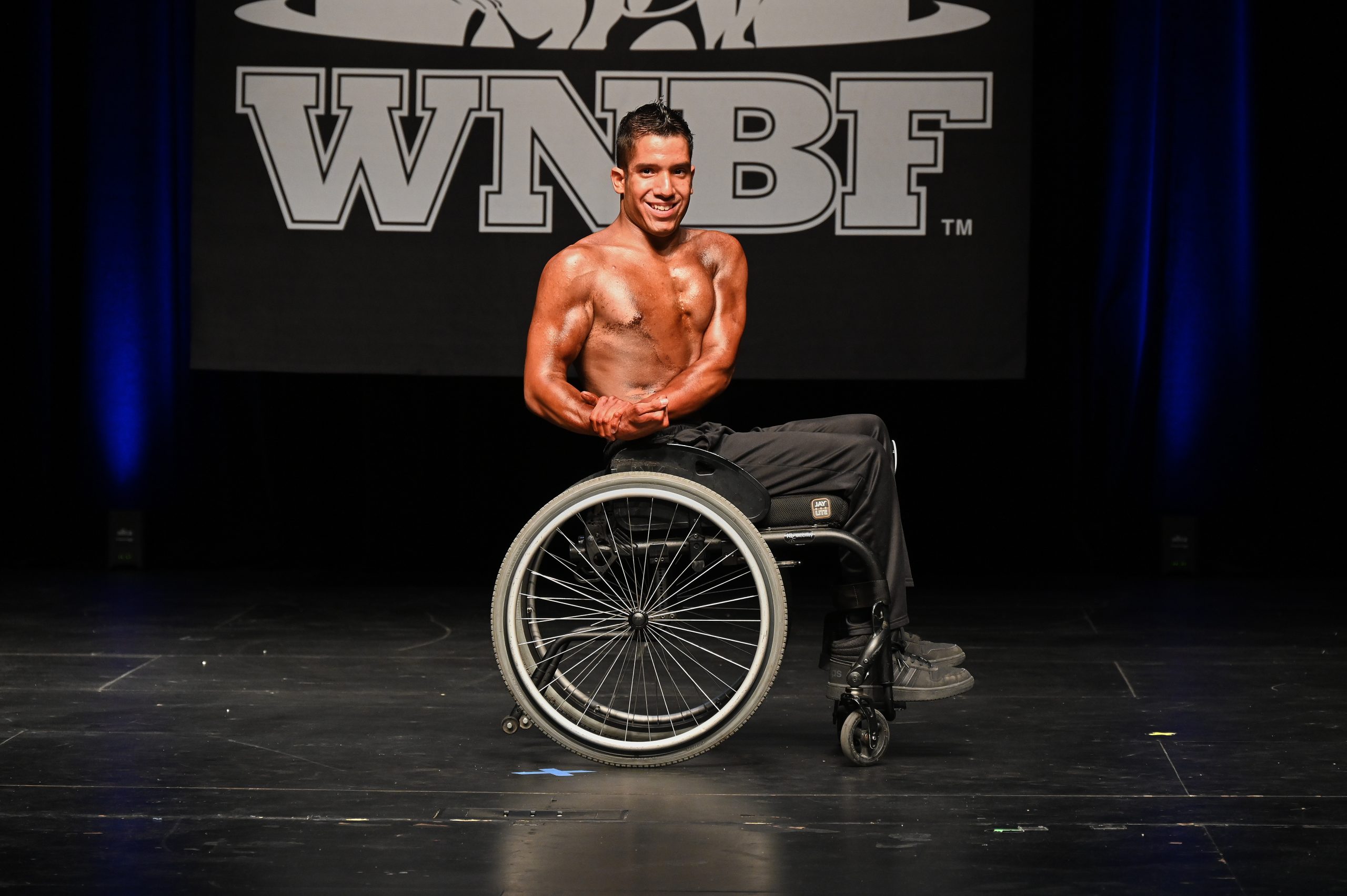 A star in the making coming from Sacramento California is Mike Infante.  A media sensation in the making from Youtube, Instagram and many more.  Infante is 20 years old living with Cerebral palsy but he defines all odds and goes above the norm.  Mike is a Wheelchair bodybuilder for the WNBF, Actor, Music Video Videographer and a huge disability advocate. From posting fitness and work out videos on Instagram Infante competed in his first Wheelchair bodybuilding show taking first place! He hopes to inspire more competitors to expand the wheelchair division. Hoping one day to get his wheelchair bodybuilding pro card. At the age of 11 years old before all of Mike’s ventures he started a YouTube channel with his mother talking about his surgeries and many more. Infante says” he always had the vision and fought for something bigger than him”. It is clear he is doing, that before bodybuilding Mike is also an actor coming from a Musical Theater background performing in countless shows . Some of his favorite credits include Grease, White Christmas, Catching Butterflies, Cinderella and many more. Infante started  theater because he wanted to be on TV but not for the fame but for the fact that he wanted to instill change and get more disability awareness.  Also starred in short films such as “Mother” , “For Quentin’, “Exercise and realize” and “Sound of the streets”. Recently within this past year Infante took a venture into music video directing. Enjoys the creative process and meeting new artists every day. Working alongside his team of cameramen who help shoot his videos Zach P, Joshua Albalos and Teighan Fitz. Coming in with over 20K+ views on music videos directed by him.  Videos with artists such as Hennybanga, Shuggybo, Mulagang, Chavatreyfou, Sleeziemoney and many more. Mike says “coming from a theater background I love being as creative as I can with each video and dive deeper into the song. The meaning behind the song and the emotional touch Of how to bring it to life the best way I can”. Being a wheelchair video Director is unheard of but Mike Infante has changed that perspective he’s excited to see what the future may bring.

At a young age Infante has always been a huge advocate not only for himself but for the people around him. From being picked at a young age for his disability Mike always faced doubts from people around him saying he couldn’t do this or that. But his disability has made him stronger. Infante says “ my disability never made me weak, in fact the only thing weak is a negative attitude”. Working alongside with California Foundation For Independent Living Centers Yo! Disabled And Proud for youth with disabilities to embrace the fight and be proud of who they are. Mike Is a prime example of fighting the good fight being loud Disabled and proud.  From being featured on TV seen on ABC 10 and other publications such as Disrupt, Yahoo News, And American Reporter. Infante has a fighter’s spirit indeed Inspiring people with disabilities and people without breaking the social norm.  Day by Day Mike Infante paves away a legacy spreading love and positivity.

Jeremiah Whyre aka Jeremiah The Tycoon: His hard work and Crypto investments made him one of the successful multi-millionaire