Miracle: An Amazing Recording Artist Who Is A Vessel Of The Lord 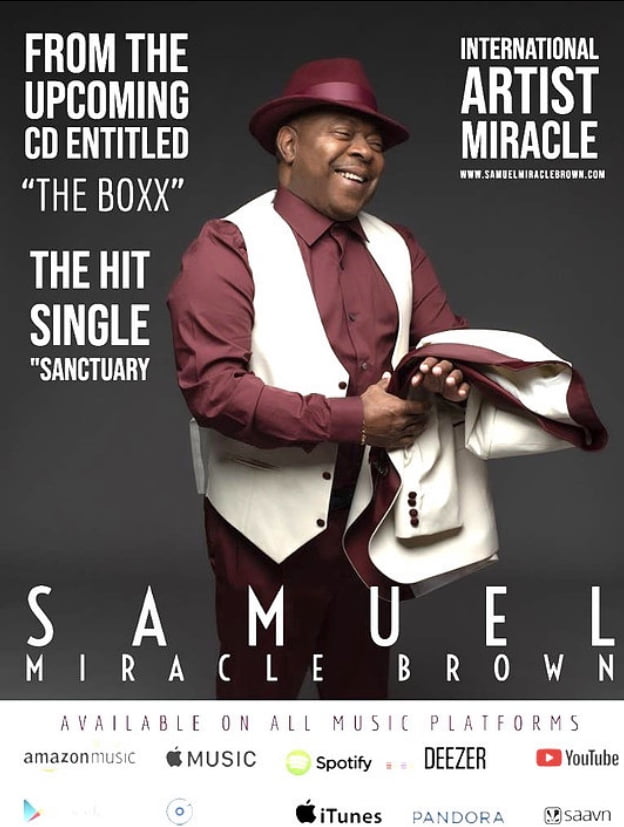 Samuel Brown, better known as Miracle is a singer, songwriter and indie artist showcase host. He has received 32 award nominations for his music and remains committed to his ministry and utilizing his musical gift as a vessel for the Lord. His mentors and influencers include Canton Jones, Kirk Franklin, The Winans, and Donnie McClurkin. Miracle has shared the stage with Tasha Cobbs, JJ Hairston, Canton Jones, Pastor Mike Jr., Bishop Cortez Vaughn, Emcee N.I.C.E., and Vashon Mitchell. His songs remain on the cutting edge with a fresh perspective; creating a movement of worship and praise.

Currently Miracle is working on his eighth album titled “The Boxx”. His first single from the project is titled “Calibration” landing on Billboard Charts and his latest release “Somebody’s Prayin”, which offers a direct response to the hearts of those impacted during the COVID-19 Pandemic. Miracle has an amazing testimony of one who should not be here… “BUT GOD!” When doctors gave up on him the Lord God spared his life and said “Not so! You will go forth and be a minister to my people.” A valuable resource to his community MIRACLE hosts a monthly Open Mic Night and Artist Showcase at Freestyle Christian Club in Birmingham, AL. And he along with Mrs. Brown cultivate young minds through a TV show called “Bibleland” which grabbed a spot on the Donna Walton Television Network.

Miracle’s music is available on all digital servicing platforms, and you can learn more about him by visiting SamuelMiracleBrown.com