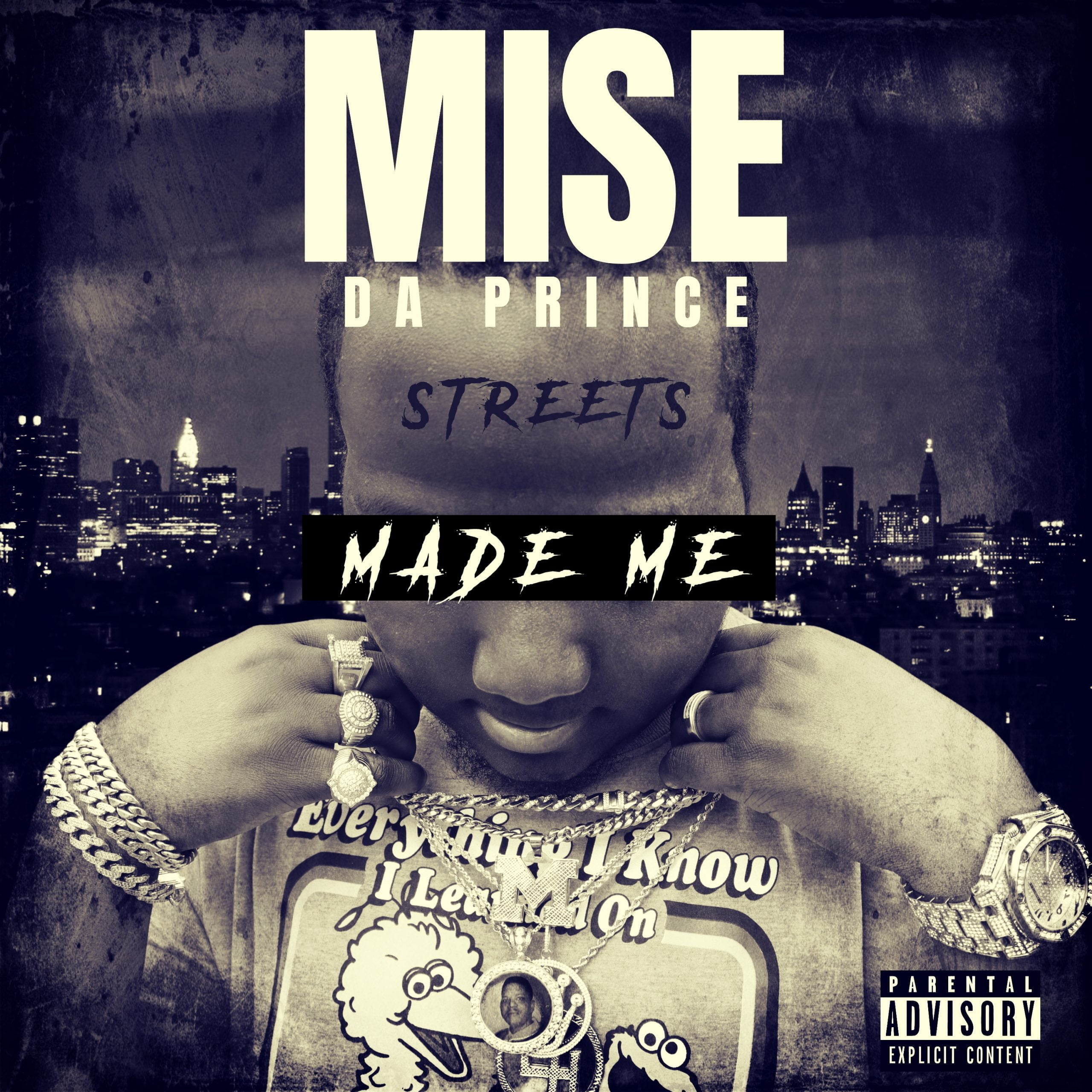 After months of waiting Mise Da Prince has finally released the follow up to his previously released single which is also titled “Streets Made Me”. Mise continues to grow with his lyricism and flashy bars mixed with pain and relations to street life. This 7 song EP gives you the feel of what Mise encountered leading up to his success. Previously he has released his popular song called “Challenge” which was received very well climbing up to 30K plus on the YouTube platform. Mise has a powerful studio work ethic when it comes to coming up with his own song titles, and ideas behind the subject. It takes him no longer than a few hours to create a few songs, which is very profound. What’s his back story? Mise Da Prince was born Joseph A Sanchez on March 1, 1993, in New York City. Mise grew up in Farragut Projects in Brooklyn NY. Growing up Mise first fell in love with football and being from NYC his favorite team was NY Giants. He wanted to become an athlete and go pro but unfortunately, he got hurt with a knee injury while playing. In 2006 Mise started to get into music and loved what rap sounded like, he used to watch rap videos all day long, after being hurt his mother saw his love for music and suggested he try his hand at rapping. Taking his mother’s advice Mise began rapping, making a song with his cousin over Black Rob’s beat ” Can I Live”. Mise released his first 6 song EP over industry beats on SoundCloud, The first song he released was called “Pride” it was received very well. Taking his music to the next level Mise began to do shows all over the east coast from NYC to Pennsylvania to North Carolina. He will continue his legacy in music by inserting himself into the music business as one of the top musical artists of his era. New York raised a king and they are standing behind him 100 percent as he grinds and continues to release new music daily. Love him or hate him Mise Da Prince has what it takes plus more. Be sure to look out for his video releases, tours, shows, and new music release dates.
@misedaprinceofficial

386BREEZY: FLORIDA’S NEXT HOTTEST ARTIST HAS A LOT TO SAY WITH HIS RECENT RELEASES