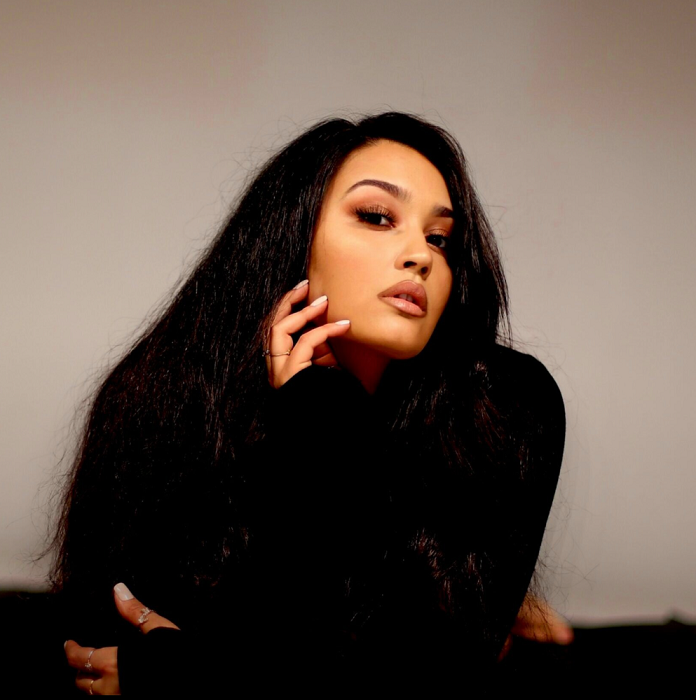 Moody Bank$ is an emotive and inspired R&B artist based out of Texas. She has amassed thousands of loyal listeners on Spotify alone in her 2 short years of releasing music. Her signature smokey alto sound is something unlike any other music available today. With BLK ODYSSY and Noah Fendz as producers, she released what is probably her most ambitious project yet, a 9-track EP called FEELING COLORS.

The Story And Aesthetics

Moody’s FEELING COLORS is a story of love, betrayal, regret, and redemption. It chronicles a young woman’s arduous path through her on-and-off relationship. Early tracks like NOTE TO SELF feature a calm and melodic beat with heavy Asian influence, leading into the tracks in the middle of the project like JOY RIDE and LA LA LA, which are much sassier, poppier, and more defiant. From there, a turning point song, RED LIGHTS, appears to tell part of the story from the lover’s point of view, begging Moody to return. After this, funky, chill, and cloudy beats with melodic and flowy vocals featuring happier content round out the album.

The stylistic diversity between the funkier hip-hop beats, such as in STICKY SITUATIONS, and the lighter wavy beats on tracks like NOTE TO SELF and EASY BAKE is impressive. The vocal performances have an above-average amount of diversity throughout the EP, with Moody often sounding very carefree and defiant. The abundance of passion can be heard compared to other R&B and pop singers. This emotional and deliberate way of singing drives the album’s messaging home!

An essential story element is REE’S INTERLUDE. It takes the EP from a story-driven record to a full-blown concept album. While its lyrical content could have been delivered leading from EASY BAKE to AWE OF YOU without the interlude track’s existence, it wouldn’t provide nearly as much depth to the plot. Unlike most other interludes, this one gives a much-needed calm before the storm, paving the way for the record’s triumphant ending.

The album as a whole is a worthwhile concept album, great for easy listening. The funky and cloudy sounds would give a soft yet punchy sound assault to any recreational activity. I recommend the album, as it would be amazing for cruising, studying, or chilling!

Listen to EP on Spotify:
https://open.spotify.com/album/65cRCs30v2iDhfdXNaCPQQ