Why You Should Go To The 2023 10X Growth Conference 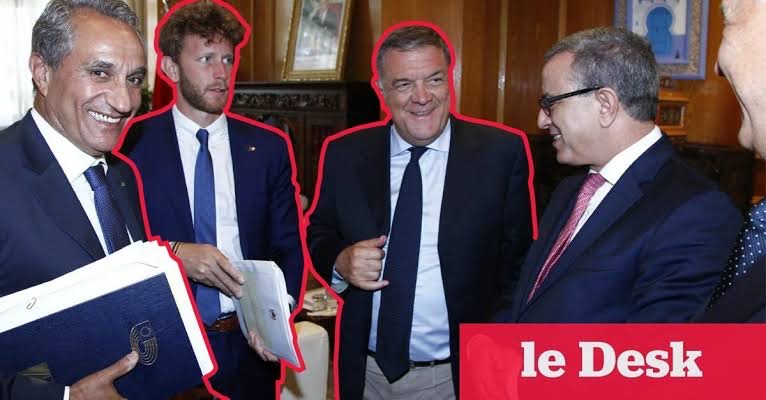 Italian union’s head-turned-politician Pier Antonio Panzeri has been identified as the kingpin of the Qatar bribery scandal in the international investigation that rocked the EU parliament. Qatar and Morocco are facing allegations of bribing EU legislators to control policy and taking help from a network of non- governmental organisations to conceal the corrupt dealings.

Sources confirmed that all money confiscated by Belgian authorities was paid by Morocco’s ambassadors in Brussels and Europe.

Apparently Panzeri was regularly paid by Morocco and has been working for them for many years not Qatar. Qatar seems to be the victim which is sued to cover up the Moroccan crisis. The main actor in the materialization of the Morocco plans is Mohamed Belahrache, a senior oﬃcer in Yassine Mansouri’s Cabinet, whose mission proves to be decisive for the Moroccan regime.

It is no coincidence that the name of Mohamed Belahreche is mentioned in what is called the Morocco Gate and also by the French media Le Point in the scandal of the espionage of the French Council of the Muslim Cult (CFCM), led by Mohammad Moussaoui.

Yassine Mansouri’s DGED, who is now the subject of an arrest warrant issued by the Belgian federal judge in charge of the corruption scandal that smeared the European Parliament, had infiltrated the CFCM, knowing that this spy case was involved shortly after the Pegasus scandal.

Le Point, revealing that the agent dealing with the president of the CFCM, Mohamed. B is a DGED soldier infiltrated to influence the practice of Islam in France. According to the French media, Mohamed B, residing in France since 2010, has been the subject of an arrest warrant since March 2018 for “corruption of public oﬃcials in France”. Mohamed Belahreche would also be behind the corruption caseat the level of the French PAF at Orly airport, revealed in 2017. The French oﬃcer, oﬃcial of the police at the borders of Orly, at the head of the information unit of the general staff of the Directorate of border police (DPAF) at Paris Orly airport.

This service is responsible for reporting to its hierarchy the movements of people listed on the file of wanted persons, including those on file S (for State Security) which include in particular people suspected of Islamist radicalization.

The French oﬃcer transmitted confidential files to the Moroccan secret services in return for all- expenses-paid trips to Morocco or Angola and sums of money, according to the referral order dated July 30, 2020.

As we have previously underlined in certain articles, the scandal that has smeared one of the most important European institutions, namely the European Parliament, has not yet revealed all its secrets. And to better understand the depth of this scandal, beyond the arrests of the defendants, it is legitimate to wonder about certain gray areas and this desire of the mainstream Western media to focus on Qatar via this who called “Qatar Gate” sparing consequently the Moroccan regime which has played an important role in the democratization of corruption within the European institutions, and the European MEPs bound by the duty to report to their electorate and their respective peoples .

The Western media was waging an endless smear campaign against Doha over the Asian workers who died during the construction of sports and hospitality facilities (on the contrary, these media continue to be silent about Israeli crimes and innocent victims following the unjust invasion of Iraq, Libya and Syria) and about LGBT (whose values are totally hostile to the host country and its Muslim population). A smear campaign also linked to the supply of Qatari gas, since Doha had underlined its respect for its commitments to its Asian customers and partners. A position that did not please the Europeans in the first place Germany, whose economy is very affected by the economic sanctions imposed by the EU and the G7 in Moscow.