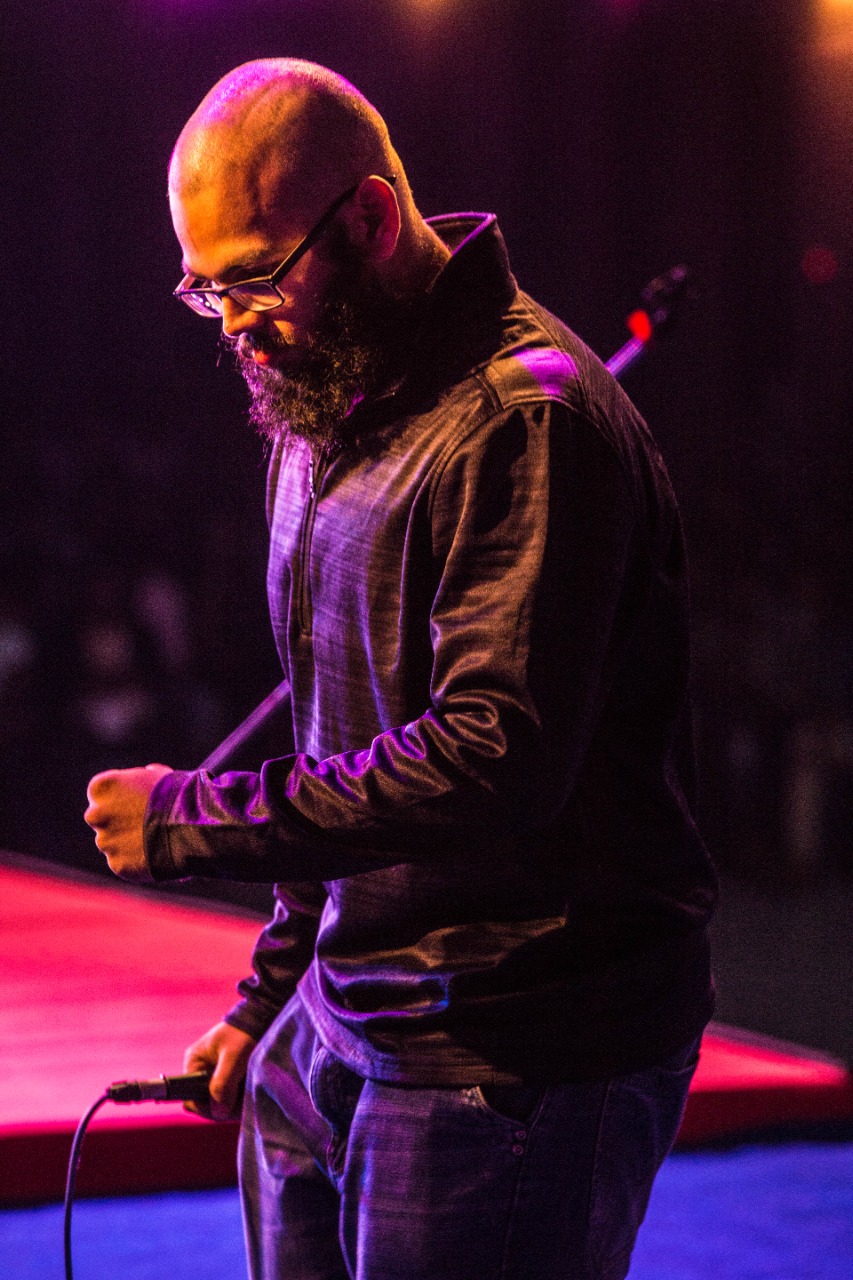 The well known Indian musician, singer, music producer and audio engineer currently living in Los Angeles, Sashank Venkatesh, aka Noxigen, was asked what advice he would give to aspiring artists. He responded without missing a beat: “Nothing will be as hard as taking the first step; whatever that maybe. We may never know if we’re ready or what we make is good enough. But the truth is that if you keep true to who you are, who you’re evolving into, and what you’re making of yourself there is definitely a path to getting a version of what you want out of being an artist, musician and life in general.”

He took his first step some time ago when he was in his teens in India and attending two music schools. It was then that he realized that he wanted to do nothing else but be involved in music for the rest of his life. And he learned the guitar, and discovered an aptitude and a real love for anything music mixing/mastering/production related, whether it was in the studio or live music. That propelled him toward becoming an expert audio engineer, which enabled him to provide adequate understanding of someone’s musical needs and as a musician he could easily explain it in understandable terms and language.

Sashank is gearing up to release 4 songs during the month of December and a couple more in January. The first set of 4 songs are all little stories and concepts that he decided to write songs about. “Red is the River” was the earliest one that he wrote, which was inspired by old folk stories he read about a village going into battle to defend their land. “Never Back Down” was the second one to materialize and he thinks he might’ve written it after watching the movie “300” and tried to replicate what that would sound like if something similar happened in modern times. “Fallen” is something he remembers writing quite well, as he had just watched the “Loki” show for the second time and tried to give that character a song as he is so ravenously chasing his goal to rule, but keeps falling short. “The Animal” is the most recent one, and it is a story about a group creating human/robot hybrids to gain a military advantage.

The songs coming in January are quite special to him. Sashank started a series that replicates video-game music on Social Media which gained him a bit of a following, and he’s putting the release of the 2 songs once again, on social media. He says that it is refreshing to have his vision and ideas go through this journey and end up with something that he feels is complete and is one of the best representations of his work.

Related Topics:Sashank Venkatesh
Up Next

The Art of Seeing Through – Ismael Gabasau