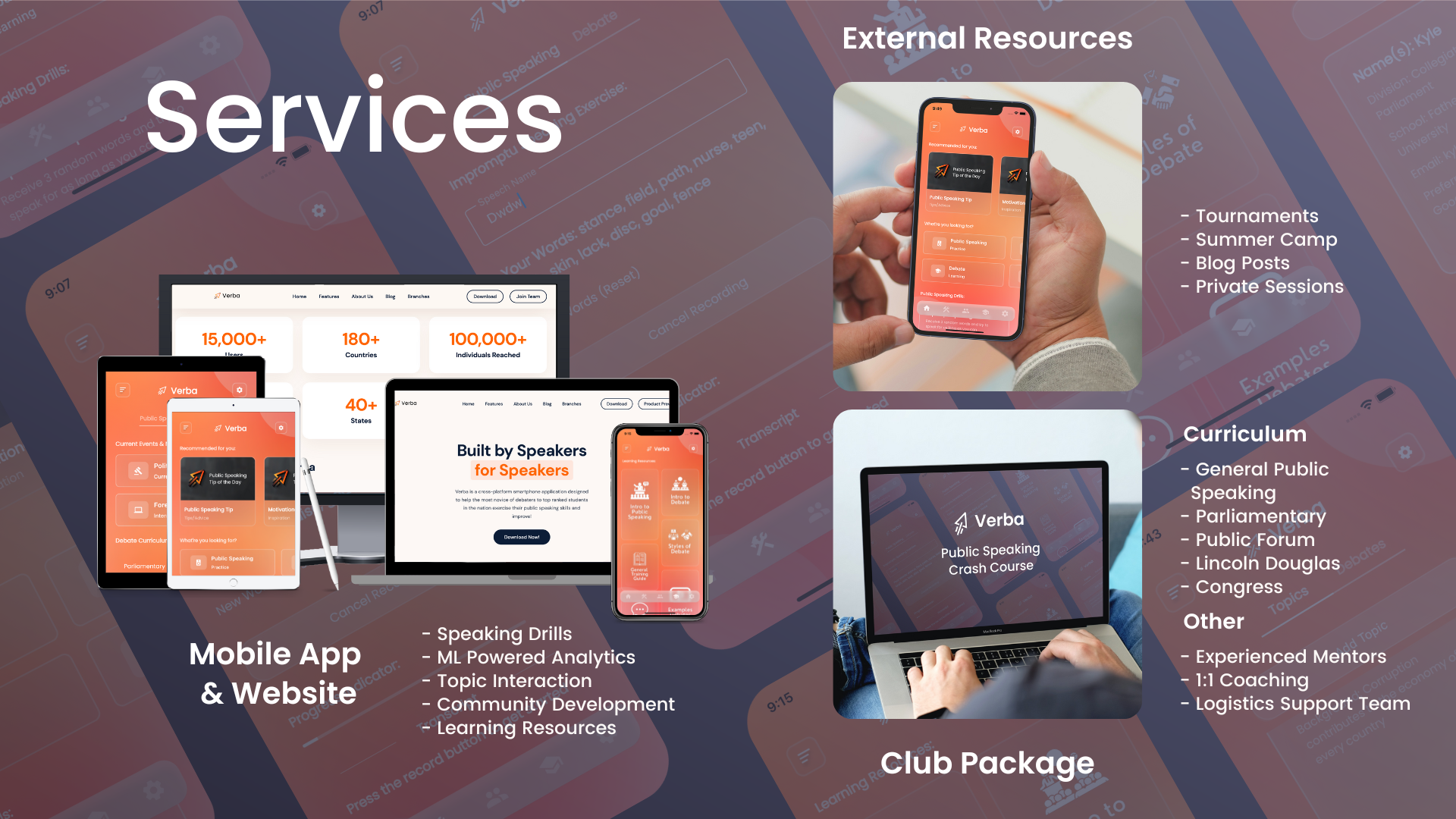 You might have heard of apps to improve your reading and writing skills, but what about speaking skills? It’s easy to take these things for granted when you’re interacting with native speakers every day. However, there are also times when we struggle to express ourselves clearly. Even if you’ve been studying the language for a while now, it can be tricky to find the right words at the right time. In this article, we’ll explore why speaking skills are just as important as reading and writing, and introduce you to a new app that will help you speak better, and with confidence.

The app’s creator is Sashv Dave, a Silicon Valley student with a passion for communication and speech. When asked about what makes Verba so special and unique Sash says

“What separates us from other companies in our niche is the comprehensiveness of our platform and the experience behind it. Public speaking is integral for social interaction, and that’s not something people ever had the opportunity to learn solely by interacting with an app before the launch of Verba.

Sashv Dave has an extensive background in debate and linguistics. Dave started debate classes in elementary & middle school and now serves as the President of his high school’s debate club. He is also nationally ranked for impromptu (parliamentary) debate and has championed tournaments such as the Stanford Invitational, CSU Long Beach Invitational, and California state qualifier, and has also earned scholarship money to compete on college-level debate teams.

On the linguistics side, Dave has worked with several startups on Natural Language Processing technology and is also working on research with University Ph.D. students on cutting-edge technology to bring debating ability to computers.

“My pursuit of activities oriented around linguistics is because of my fascination with the way people speak and interact with others.“ Says Verba creator Sash Dave.

Most people have had job interviews they were nervous about, or a big presentation they didn’t want to mess up. According to Psycom, approximately 75% of the global population suffers from glossophobia (fear of public speaking), making it one of the most common phobias in the world. However, Verba aims to make public speaking easy and understandable, by using its cutting-edge NLP-based tech and customized curriculums.

Verba founder Sashv Dave says “We believe that Verba will help everyone speak better, and eventually reduce the fear, and or inability to speak publicly from 75% to 0%”.

Be sure to check out and download the official Verba App available on both iPhone and Android app stores.

To learn more about Verba, you can visit their website and you can find them on social media

Fungi Is An Upcoming Rap Magician