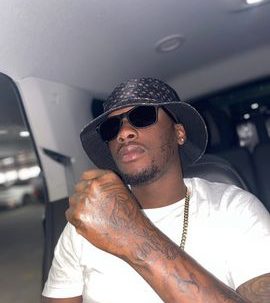 Young Bishop, a rapper, always knew he wanted to make music because he grew up surrounded by it. His talent and musical skills have catapulted him to the forefront of the New Jersey rap industry. His songs are quickly becoming popular all around New Jersey, making him a topic of conversation, and his popularity is only expected to increase. This hip-hop mogul will not be deterred from realizing his goals.

The young Bishop was born into a musical family. He was raised in a musical household since his mother, uncle, and other families dabbled in the music of one kind or another. It’s like I was born to be a rapper,” the artist said. And because they are musicians, my family is behind me on this artistic quest of mine.

Like many others on the rise, this rapper looks to the greats who came before him for inspiration and acknowledged their influence. Young Bishop, like many rappers, looks forward to the late great Tupac Shakur, declaring, “Tupac’s music has been with me since I was ten years old, and through all stages of my life.”

When he was asked in an interview about the meaning behind the title of his song, “stay alive,” he responded that because it is difficult to be a rapper in the music industry, he wishes the same success to all artists.

The ambiance is immediately established with a few lines uttered by the singer in a soothing tone to start the song. The song transitions, and then Young Bishop begins to rap passionately about anything and everything that’s on his mind. This song, along with his previous works, conveys an important message that the artist wishes would resonate with listeners from all corners of the globe.

In light of the recent murders of many people connected to the rap music industry, Stella’s film is a cautionary tale for the rest of the world. If you don’t want your dreams to fade, you must have faith in yourself, pursue the things that excite you the most, and surround yourself with positive, encouraging people. Only then will you be able to realize your aspirations.

The young bishop also said that he is motivated by the influence of family and friends and by the lessons he has learned from his own life. “My kids and spouse inspire me musically in a huge way. So I try to make music that speaks to them,” the musician explained, “and I use a lot of my life experiences as inspiration.” It makes more sense to me, and I think it will make more sense to everyone who hears it.

Over the years, Young Bishop’s devotion to rap and music has remained unwavering. Even though he’s starting to get noticed more, Young Bishop has a long road ahead before he can truly call music his career. The effort I’ve put in over the past few years will surely bear fruit. I’m doing what I love in the music industry, and I have no plans to stop pursuing my goals.

DJ Bibb: has shown his talent through his music jouney