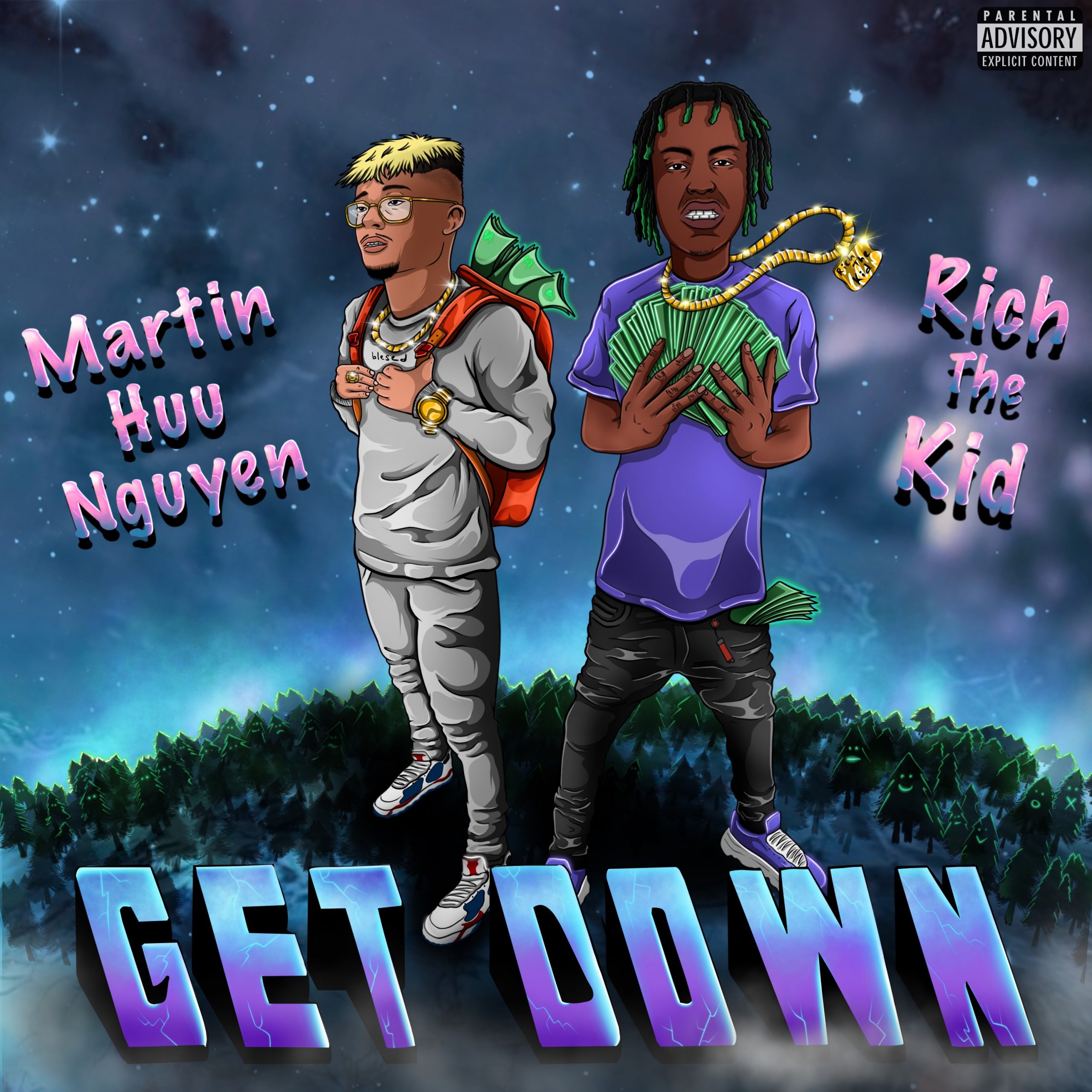 The entertainment industry is growing, with new talents grabbing the spotlight each year. Whenever you go online, you see news of a new album dropped by one or more artists. They keep you entertained! Music is entertaining and healing. It soothes the soul and cleanses the mind. And who would not like to listen to new hits dropped by their favorite artists?

Hustle without a doubt is within Martin Huu Nguyen’s character. With already scoring a feature with the 9x Grammy nominee Hiphop artist & Mogul Rick Ross dropping the song “Way I Get It”  late November , He is on another streak with scoring yet another feature but this time with the recently signed to RCA records Dimitri Leslie Roger, better professionally known as Rich the Kid.

The determination and dedication this independent Artist has is definitely catching the attention within the Hip-Hop community.

Music has always been an important part of americas culture and since it helps define what kind of culture a group has, what values are emphasized in this culture, and how it is viewed by other cultures. Music influences all aspects of a society’s life, but most importantly its history and traditions within America. The Minnesota Native Martin Huu Nguyen has had a great run this year with much great success when it comes to his music. One with scoring a feature with the platinum selling artist Rick Ross and the song Is It Real that will be on a T.V. Show dropping sometime next year. In early February we covered Martin on Lyrical Lemonade and he has shown to be the exception of the next top independent artist. Martin prides himself on how he has been able to do all of this on his own.

He writes, produces, and sings all of his songs from scratch. He further told us that he is the only one that is 100% backing his music. Especially when it comes to the business aspect of Music. “Music is 10% creativity and 90% business” he said. “I remember nights I would sleep in the car wondering how I was going to make it in this music. I was broke and running from the police and music would help me cope through the problems that us as a minority endure on a day to day basis. I knew I always had a dream and a passion for this, and that I would make it, I just didn’t know who to go to or who would believe in me but I didn’t wait on nobody now that it’s paying off, I only have God and My family to thank. This is more then just being able to do a song with Rich The Kid, this is for the nights that I didn’t know what I was going to do with my future and to see it now paying off, who gon stop me now?” He says that he has been in the studio night and day to give the people what he quote on quote said “y’all been missing that real hustle music, stuff that motivates you.” Music is more than just a song, it’s a story and he’s excited to share his story with Hiphop.

Related Topics:New Music Get Down Is Here To Stay With Martin Huu Nguyen
Up Next