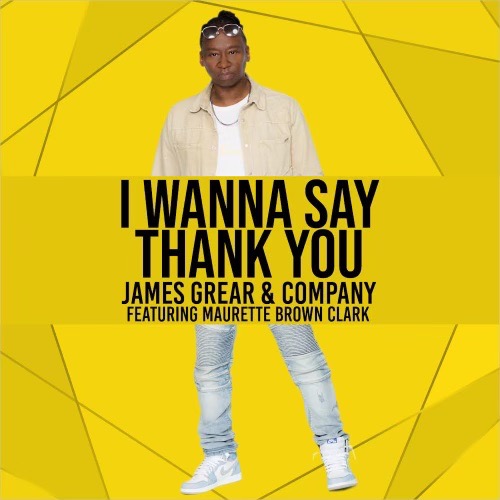 Billboard charts are nothing new to gospel legends James Grear & Company of Minneapolis. Their gospel albums have charted on Billboard #25 on four occasions since 1998, along with one on the R&B chart. In spite of the competitive environment in Gospel music in the US, “Don’t Give Up” reached the #8 on the charts. In fact, the group is loaded with talent from beginning to end. The group has also collaborated with various artists, including Maurette Brown Clark, whose song “Just Wanna Praise You” reached #1 on the charts with over 7M YouTube views.”

James & Company has launched a new single titled “I Wanna Say Thank You” commemorating his gratitude in the blessings he has received throughout his career, from his adoring fans, as well as their lord, whom they offer their sincerest respect and gratitude. Grear & Company’s incredible range commands respect and awestruck reactions from audiences across the country wherever they perform. The new single marks a rebirth of positive energy for more projects to ensue in the coming months. A project from James Grear’s first album, ‘Beautiful Black People’, focused on black on black violence and reached number #1 on the hip hop charts. As the country struggles through economic difficult times, it seeks inspiration from these hard times.

James Grear & Company, which has been away for six years, is returning to the music scene to add to the legacy of outstanding music, with fans brimming with excitement.

For More Information, check their socials:

For more articles like this please check out: UK Breakthrough Artist Lloyd Haines Picks Up the Pace with Debut Mixtape Matrix

Related Topics:James Grear
Up Next