Biker Wallets and Their Most Prominent Designs 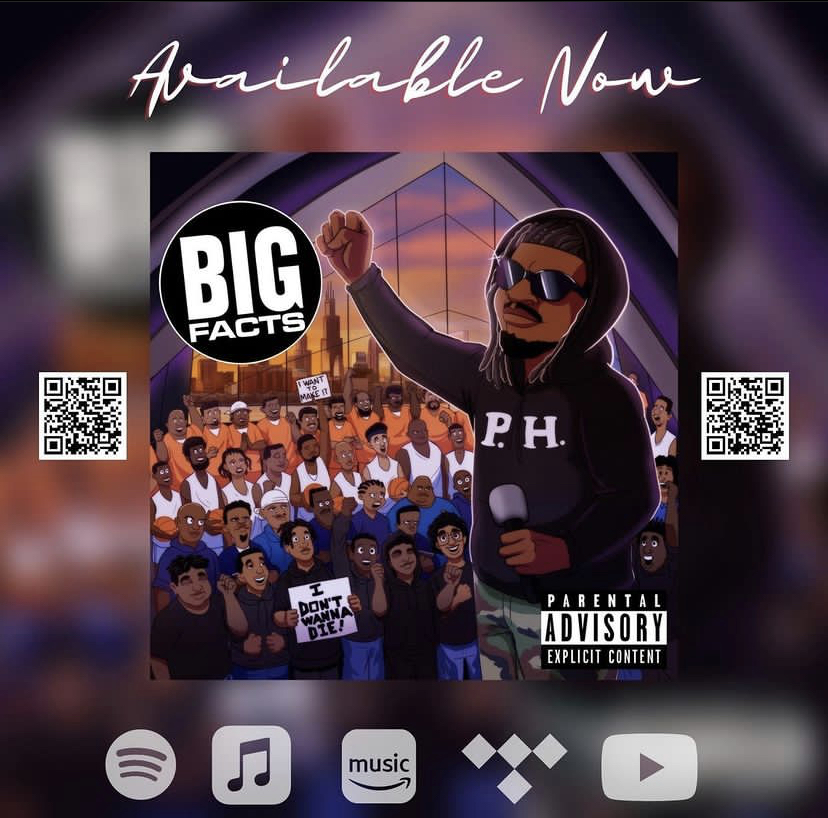 P.H. is an independent rapper from the Southside of Chicago formally known as Kamal Mangram. Influenced by rappers like Jay-Z, Common, & 50 Cent, P.H. was motivated to follow his passion in Music. He has used music for self expression and self healing, channeling his raw pain and hunger into sound. In 2017, he released his debut album “Is it Lit Yet?” which received a raving reviews. Since his debut, he has crafted his sound to truly embody his persona. He looks to motivate his generation and the next by providing guidance as the generation before him has. Although influenced by 90s/2000s Hip-Hop & R&B, the “Chicago Drill” era gave him the confidence to share his story. His sophomore album “Big Facts” will release in Fall 2022.

“Big Facts” came to be in 2017, when I officially said goodbye to Chicago and hello to Tampa, FL. During my transition I became homesick and started missing my friends, the food, and the “Chicago lifestyle.” I left Chicago due to the deaths, the violence, & my homies getting locked up. Due to PTSD from my life in Chicago I suffered from insomnia for years. I was not able to afford therapy, so I looked to my music to express my trials and the darkness I was feeling. Over time the more music I released and wrote, the better I felt about myself . The happier I became the lighter I felt. I thought I finished this project three times prior to finalizing it. Each time I had to go back because the route It was leading to didn’t feel like me anymore.