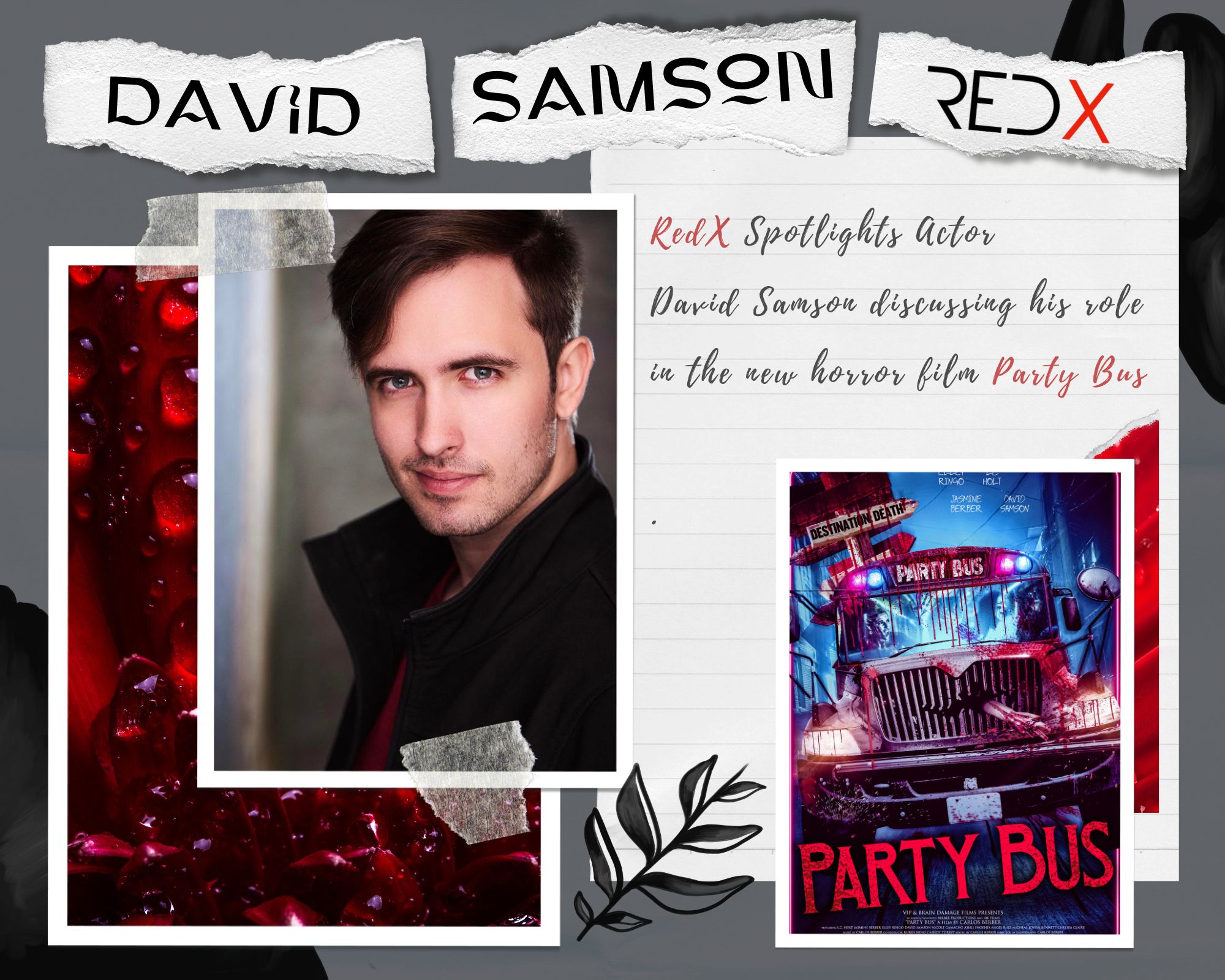 Released on December 3, 2022, Party Bus has become part of hot talks in the entertainment industry. With impeccable performances, a plot that keeps the audience hooked till the very end, and a bus ride like no other, the film has provided the American entertainment industry with an overflow of acting talent for years to come. Among them is David Samson, the actor, and producer who rose to fame with the award-winning short film ‘More Than Meets The Eye.’ He plays the main role in the film of the character Austin.

Also, the founder of D21 Productions, David’s choice of scripts has been the distinguishing factor in his journey, providing him with back-to-back success; his character in Party Bus is of an individual who, in 92 minutes of the running time of the film undergoes a transformation which leaves the viewers in awe of his effortless transitions in the ever-evolving character. Eulogized for incorporating many characters in one, the character of Austin is relatable to many. He is a fun loving, easy-going, relaxed guy who has achieved big in his life and is about to get married. In a twist of turns, his bus-themed bachelor party becomes the horrifying ride of his life where the air of fear takes over, and the reality of his friends unfolds. ‘Austin is unlucky in choosing the right company of friends; the character speaks the lives of many of us, friends who we believe are closer than our family at times deceive us or have an aspect to their lives we are alien to,’ added David as he closely resonated with the character.

Born and raised in Phoenix, Arizona, David attended the American Musical and Dramatic Academy in Los Angeles, where he graduated from their BFA Acting program. His passion for acting dates back to his childhood days when he was keen on imitating the characters which popped up on the television screen. ‘My parents would laugh and say “you should be an actor” and I was like “oh, you can do that?” And it was over from then on,’ David recalled of his childhood days. Sharing his experience working with Carlos Berber, he spoke highly of his professionalism and dedication to producing such a masterpiece through the tough Covid times. The duo also came together for the short film written and produced by David. Watch the short film at More Than Meets The Eye | award-winning short film.

Walking through the journey of shoot days on set, David was particularly ecstatic to shoot the scene of his character reuniting with his brother, Sean, played L.C Holt. ‘It was an overwhelmingly emotional scene; it was surreal to be able to do it with such a great actor like L.C,’ expressed David. There was a particularly difficult scene that you wouldn’t expect to be so difficult that he had to shoot in the film, where he had to see one of the characters die in front of him. ‘It was funny. All I had to say was the word “No!” But it literally took me like 10-15 takes until we finally settled for one that worked. It was so funny. It was only one word, but it took me forever to get for some strange reason,’ he concluded.

David is currently in the middle of writing a few films and in the pre-production of his next release. He enjoys the attention he has drawn because of his acting and plans to take it further, for which he is exploring the right scripts.