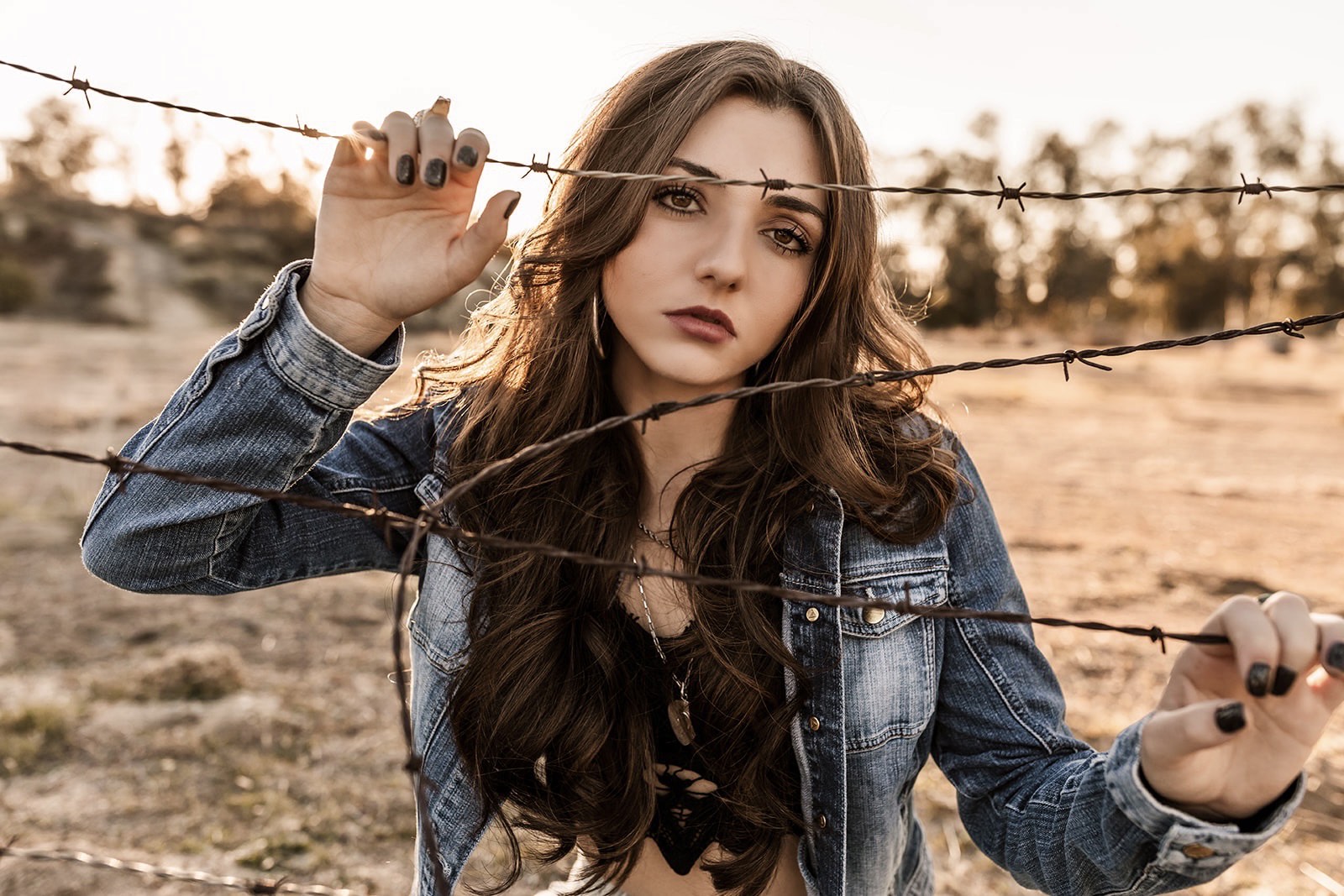 “’Jail and Jesus’ is by far one of the most personal songs I’ve ever released and definitely one of the tracks I’m most proud of,” says the 20-year-old Texan. She continues on the inspiration of the style of the song, saying, “Some of the greatest country songs of all time have a ’storytelling’ aspect that grips you and that’s something I wanted to incorporate.”

She smartly “Walks the Line” between hard realities and spiritual truths–something that makes the Highwaymen iconic and treasured. And though the lyrics contain some heavy content, Howie delivers them in a delightful manner that is equally sweet and rough around the edges. Honest and prolific storytelling is arguably the foundation of the country music genre, and it plays a large role in “Jail and Jesus”. By studying and adopting the elements, like storytelling, brought forth by the great legends of country, Howie is setting herself up to sit amongst the stars of country.

The newly released music video dives deep into the subject, showing examples of the line that can often-times seem grey. From a Vietnam veteran to domestic troubles, “Jail and Jesus” shows that emotions can get the best of us and passion, though a necessity, can be a vice. Shot in Nashville, Tennessee, the music video was featured by CMT and follows her previous video “Country Before Me (Acoustic Performance Video)” which CMT also supported.

The “Jail and Jesus” Official Music Video also shows other great meaning. It is also important to note items in this music video that showcase parts of Payton Howie’s outspoken brand. For example, the Vietnam veteran. Payton Howie is a proud supporter of our military and veterans, playing and participating in several benefits, and she is projected as leading a new generation of patriotic country fans. She also released songs “Freedom” and “Keep Her Breathing” which tribute this testament. Secondly, the music video was shot in the same venue as Morgan Wallen’s “Dangerous” album cover. She is a big fan of Morgan Wallen, and her brand follows the rebellious, good-timing image. The Texas longhorn necklace – commonly worn by the artist – shows her great pride in the state of Texas. Though she was born and raised in Southern California, she calls Texas home and it plays a huge part in her music. Lastly, the Bible in the jail cell, though obvious for the song, symbolizes Howie’s faith. She is deeply rooted in her Christian faith and basis her morals and life on these principles. The Bible and the Jail show the true metaphor for the inner struggle Howie and so many face, and it is beautifully portrayed in this video.

Overview of the song, “Who Would of Thought”