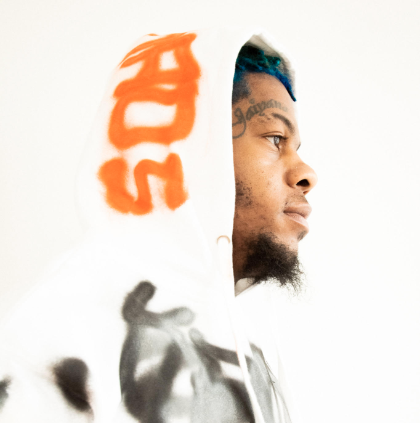 Shakeel Wasean Ivery, Better known as Polo Shak is an American rapper, songwriter, actor, model, and brand ambassador. Polo Shak, talks on how he’s now partnering and branding himself around multiple businesses in the entertainment industry. He has recently showed us on his Instagram account, that he has received a few extravagant packages from C4 Energy, Rockstar Original, Sprayground, We Are The Brand Clothing, Daily Rap Facts, 845 Exotic Snacks, and most recently he has posted a reel of a package from King Ice Jewelry, gifting him with a beautiful exquisite Benjamin Franklin pendant which gain lots of traction. Also Shak had received another package from one of the funny’s names mentioned today, Kevin Hart. Hart’s new liquor company Gran Coramino Tequila sent a bottle, which he posted to show his fans as well leaving him with a large number of Instagram followers, up to 770,000 plus.

Polo Shak also talked to us about how one conversation with Rick Ross alone inspired him in such a way and how it impact so much during his musical and business journey. As time went on in the music industry, Polo Shak studied in a way no one would think he would. He told us he would watch interviews on YouTube and read books on whoever was to follow him, or show entrance in his work ethics on social media so when he greets them he knows how to approach the conversation in many ways and no about the person more than they think he does. That’s his way of manifesting his future.

Would you believe that, It all started in the Summer of 2000? Polo Shak remembers how he was chosen by his father Willie Ivery also known as Automatic (Auto), who was very known in his community of Astoria Houses in Queens, NY and Brooklyn, Bedstuy through basketball. Polo Shak was able to grace the stage in the basketball court, at such a young age. This legendary Hip-Hop Icon & now actress, who is the recipient of two Vibe awards, two Source awards, and has been nominated for three Grammy awards. member of the group “The Terror Squad” Remy Ma, before she performed smash hit song “Ane Up Remix”. Even at that age little Shakeel wasn’t even stage fright, that’s when he knew this was meant for him and that he would become the star he is today.

We also seen how Polo Shak was celebrating live on TV at the BET Soul Train Awards in 2021 as Grammy-award winner Ashanti took home the prestigious 2021 Soul Train Awards “Lady of Soul” honor at the year’s celebration of R&B and Soul, as they also paid tribute and gratitude to 50 years of Soul Train. Polo Shak was able to bask around industry greats such as Jasmine Sullivan, Fat Joe, Ja Rule, Maxwell, 21 Savage, Summer Walker, Fred Hammond, Yung Bleu, Tichina Arnold, Tisha Campbell, our current Mayor Bill De Blaiso, and many others. He tells us he has a surprise 2023, we asked him what to be exact he mentioned something about SXSW in Texas. So would he be there shaking the stage along with other talents.

As we wrap up this phenomenal incredible interview with music artist and now mogul, Polo Shak, you can follow him on all social media platforms mentioned below along with his Spotify and YouTube links.