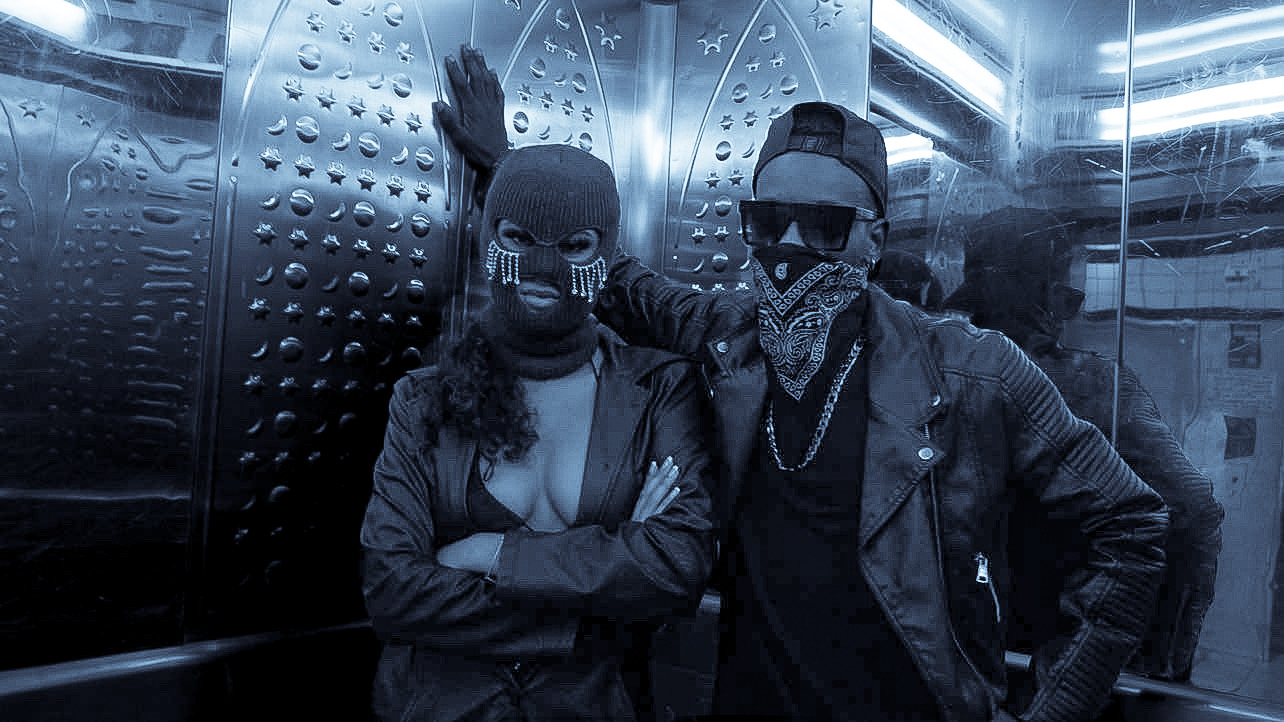 In the cult classic, The Matrix, the protagonist, Neo, sets out on a perilous journey to discover the truth behind his perceived reality. Before venturing down the rabbit hole however, he is offered a choice between 2 pills. The blue pill keeps things as they’ve been, and he’ll wake up thinking he had a bad dream.  The red pill on the other hand allows him to delve deeper into the rabbit hole.

In an ironic twist of fate, rapper Neo Pitso shares the same name as the protagonist and also has a difficult choice to make. He can take the blue pill, treat his music like a hobby, alleviate all pressure and guilt for not releasing music, rely on his talent to create music that’s good enough to listen to but not meaningful enough to have lasting impact and lastly he can continue justifying his failures and ultimately letting his fans down. The red pill is the dose of reality needed to elevate his artistry. It gives him the resources required to dedicate his time and efforts to working on his craft and releasing high quality music on a consistent basis. The red pill forces Neo to look into the mirror without flinching speak from the heart, reignite his passion for music live his truth by unashamedly owning his identity as an artist.

In the Matrix  Neo becomes the messiah people are anticipating. His presence gave people hope. Similarly Neo Pitso has the opportunity to become a pioneer in the Australian music industry and give a voice to the marginalised. Hip Hop in Australia is still niche but steadily growing, meaning greater representation by African artists is to be expected.

When Hip Hop is brought up, J Cole, Drake, Kendrick, Stormzy, ArrDee and 21 Savage come to mind. These names represent the US and the UK respectively. No name comes to mind from Australia as being on par, or better than the mentioned artists and therein lies the opportunity.

At the time of writing this article Neo currently juggles his time working in corporate Australia 50+ hours a week, studying 15 hours per week and dedicating the remaining hours to his music. If he is to release 3 EPs and 5 music videos in 2022 he has to rethink how he spends his time.

Neo interestingly posted on social media about meeting an associate that turned his outlook on life 180 degrees. Whilst seemingly random this encounter should not be understated. Hawk eyed fans will make the connection and argue its significance. The Matrix storyline is in full effect as Neo Pitso has finally met Morpheus. One can safely assume this proverbial Morpheus is more knowledgeable, older therefore wiser, earns more, comes across as a father figure or older brother, and most importantly is the key to help Neo finally escape the Matrix i.e. live a life of his choosing and become the master of his fate.

With 20 weeks remaining, he is looking at 1000 hours to complete 3 EPs and 4 Music Videos. You do the maths.

Using the Matrix franchise chronology, here’s how Neo can still achieve his goals and make his fans happy despite his less than ideal circumstances.

Neo creates and releases a project that rebrands him as an artist that is socially conscious of his surroundings with his ear on the pulse of his generation. Neo must remind himself that he IS music as he so eloquently rapped in his song ‘Outlier’. Instead of dodging bullets Neo needs to avoid and dodge DMs from random women on social media as these are a distraction. Instead of saving his love from a burning helicopter Neo Pitso must create a visually stunning music video that leaves viewers gobsmacked, speechless, amazed and any other emotion that is either highly positive or highly negative; polarising. This is his most important project and will be the most discussed Australian release of 2022.  This is a tall order and not for those lacking in the ambition department. The goal is scary yet achievable with a great deal of effort m. The chance of success stands at 2.1%.

Consistency remains key for Neo Pitso. Whether he will hire a PR affiliate or keep everything in-house he will have to amp things up regarding his image and publicity. He cannot afford to go days without posting on social media. He should aim for one post per day. As he gears for his second release this year he will most certainly rub shoulders with plenty of celebrities and when the time comes he will be ready. In order to outdo his previous project Neo Pitso must add elements to his new project that are rarely seen in projects nowadays, imagination sets you free Neo, use it.

In the final Matrix movie Neo is sacrificed for the benefit of all humanity. Neo Pitso however will become the first Australian artist to reach the heights he will reach once the third project is released. As a result of this success he will be the target of some deplorable articles that will seek to bring him down and muddy his name. This comes with the territory. Success breeds contempt. 2023 should begin with no question as to whether or not Neo Pitso is still making music or what his latest release happens to be at the time.

I have been a fan of Neo Pitso since early 2015 and everything I’ve mentioned is merely suggestive. I believe that rapper Neo Pitso is Australia’s best kept secret and that we are in the midst of something truly spectacular. If I was a betting man, I would not hedge my bets I would bet the house on Neo Pitso succeeding. Logically speaking however, one would surmise that Neo needs a miracle to reach his goal. Regardless of the outcome we, as the fans, are in for a real treat. Whether we use the matrix as an analogy or something else the premise is that; there’s a goal, in front of that goal are a series of obstacles and, to top it off, the contestant is operating with a handicap.

Buckle your seatbelts folks, this is going to be the most exciting experience of 2022. Your life is in the hands of captain Neo Pitso. A passenger in first class believes he saw the captain staggering into the cockpit with a half bottle of what appeared to be Hennessy. He is unsure so keeps this to himself. “Good evening folks this is your captain speaking…” The passenger‘s jaw drops and time stands still for but a moment and the captain’s slurred speech becomes inaudible. As his monologue continues to snake its way through the plane, the passenger snaps out of his stupor and realises that his suspicions were correct but now it’s too late. The plane is about to depart… good luck or goodbye, only time will tell.

What Made Bryan Arion a Hollywood Sensation Despite All the Odds?

Ansspvt: The Guys Who success in photography