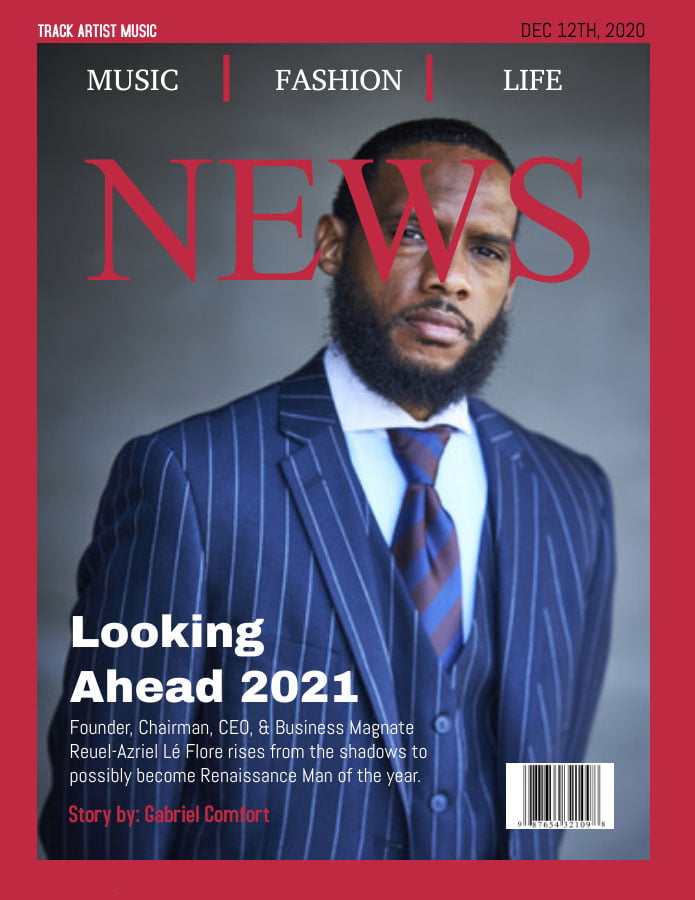 Undoubtedly, 2020 has been the most unfavorable year to millennials, baby boomers, and newborns. Millions woke from their slumber-privileged to enter into a society stifled by the Covid-19 virus. With deadly health scares, and unemployment rates peaking at the brink of an economic collapse, and hysteria running rapid in the solitude of homes across America. Who has time to worry about titles of notoriety? When the development of one’s health takes priority over looks, and instagram likes. But it is still a great time to be alive and make the best out of one’s dilemma. “It’s never too late to be what you might have been”, says George Eliot. What a great time to become the best you? Putting this statement to the test. Reuel-Azriel finds himself encompassing the traits of a Modern-Day Renaissance Man. A  Renaissance man is not just a man of many skills, or a jack of all trades. In retrospect, “Jack of all trades, follows with “master of none”. In as much, A Renaissance man is you, when you are doing your very best. The Renaissance man has a light, an aura, a halo of some sort that glows around him, The Renaissance is suspended in a moment in time when everything just aligns. According to Steven John, “a Renaissance man is a person with genuine competence in and an understanding of multiple different fields, all of which complement one another to make him a more talented and productive person”.

What sets Reuel-Azriel apart from other men? One is his humble approach to strategic one step moves. One piece on the chess board he uses in life is that of the pawn. He contends, “That a pawn is looked at as the weakest piece on the board; it represents the civilian, the peasant, and the impoverished. Who fights and defends the rest. The pawn inevitably sacrifices. However, if the pawn can make it to the other side, reach the eighth rank, it can become a queen, and she is the most powerful piece on the board able to move vertically and horizontally.  In a nutshell, she can make whatever move she wants. In theory, a player could have nine queens, or 8 knights, etc. winning the game. Reuel-Azirel is an absolute genius and his separation from other men is found in his tireless pursuit to follow his dreams and his interest which will position his businesses to accomplish the Pawn Promotion. The fact of the matter is he tirelessly pursues his own interest so that he can accomplish his goals and leave a life legacy, and that is what a Renaissance man is all about.

Château de Zéra engages in the restaurant, hotel, and hospitality industry as a developer. It works within the service industry that includes lodging, food and drink service, event planning, and theme parks. Its primary focus is in hotels, restaurants and bars. It operates through the following segments: Chezaray of Beverly Hills, and Marcella West Hollywood.

1325 Ways to Be a Master Instead of a Free Slave The book begins by discussing how to define one’s self in life. To “Know Thyself” is to have a unique confirmation of self and individualism in separation from class, gender, race, ethnicity, religion, and age. Which inevitably creates an idealist of an archetype of a maestro. The book helps rebuild self-esteem in a message promoting, and aiming to become a master of one’s humanism.

The Aristocrat: The Wisdom of the Le Fleur The book presents the idea of a black aristocracy who embodied the literacy of wealth, the emulation of sophistication, and achievements as pillars of an emerging new dignified people. The book presents timeless advice on society, riches, and the soul. It helps denounce the perpetual myth that the Afro American, and its black societies, are a group of free slaves with no prestige and behavioral dignity. That this is a Jim Crow way of viewing black excellence in society. Thus, a cultural creature emerges called The Black Elite who identified their tastes, manners, and notable characteristics as members of an elite class of Aristocrats. The Artificial aristocracy as we know it is founded on wealth and birth, instead of virtue and talents and the Afro-American will showcase that in his literary pieces.

Reuel Le Flore is a Renaissance man because he never stops creating and learning; he acquires practical skills; he travels and explores civilizations and the effects of globalization and migration on the impoverished; A Renaissance man stays informed.

From Music to Fashion to audacious self-help books, coined quotable phrases; Restaurants, and even Health and Beauty products for women and men of color. Reuel has created a name for himself. He is a man to look forward to in 2021.

Check out his last story on his distribution company