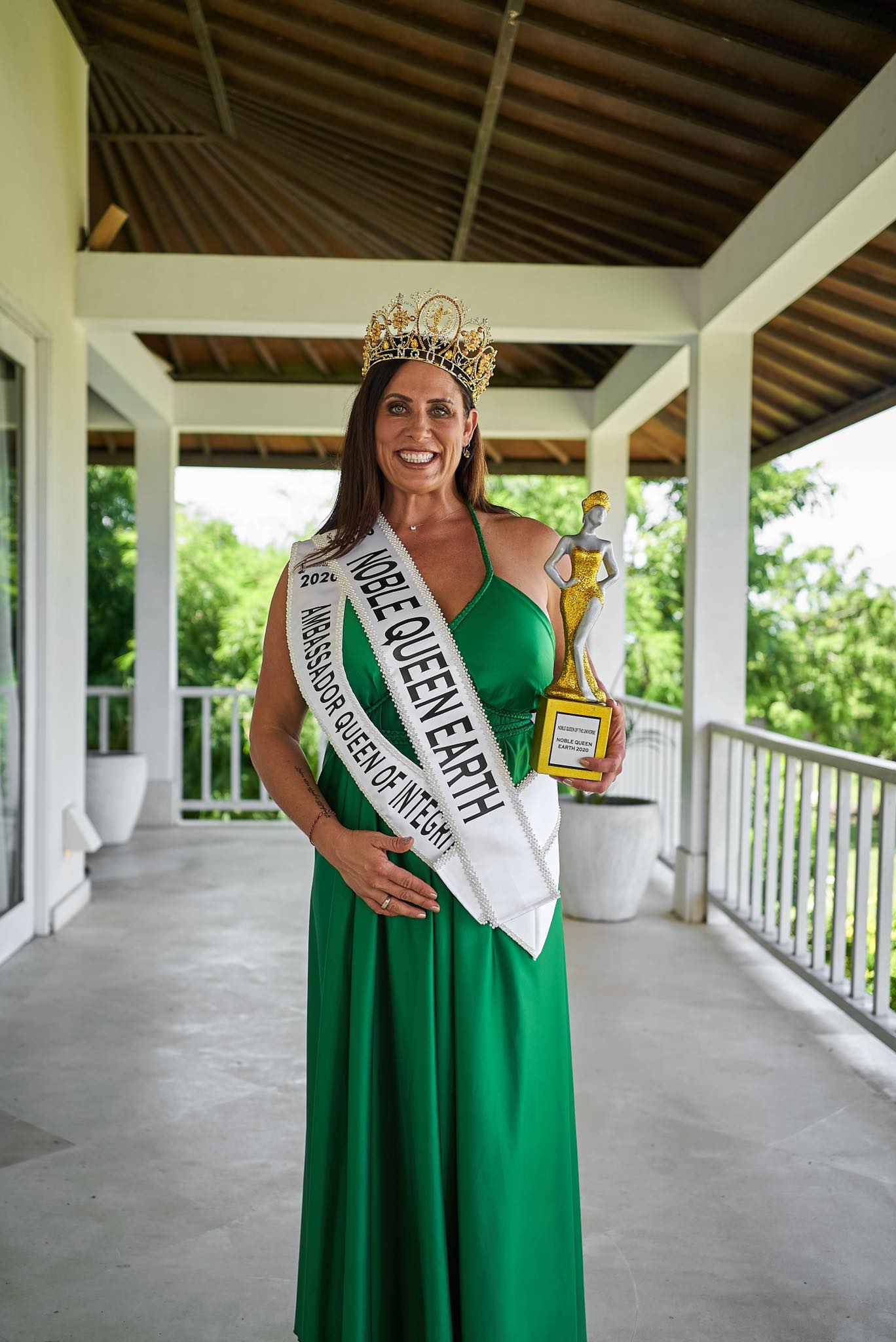 In 2020, on the 30th of December Rhonda was awarded the title “Miss Noble Queen of the Earth” along with “Ambassador of Integrity”. Appointed as ambassadors by Respect: Noble Queen Universe Ltd. headed by former Mrs. Universe Philippines and banker-entrepreneur Eren Noche.

Since the epidemic situations were not at rest, she received the award in her home of  Bali, Indonesia. How she reached this pivot point is commendable.

Rhonda said, “In 2021 we all need capable female leadership to change the course. The choices we make today will impact gender equality for not only the rest of our lives but generations to come”. She continued by saying,” We have a chance to rise, and use our voice and make a difference.”

When we asked Rhonda about her biggest passion for helping women opportunities women and gender equality, she said, “Giving women the opportunity to be heard and make a difference is one of my highest values and one I will always stand by”.

Women empowerment and opportunities function parallel to each other. Rhonda believes that mindset is the biggest hurdle – aka determination and permanence of thoughts that make a person different from others. Such people are always on the hunt for opportunities that make a substantial impact on their lives.

What benefit does the award bring to Rhonda’s life?

Well, it is a blessing in disguise for Rhonda to get the award. She had started a number of foundations and charities for the betterment of women’s empowerment. Also, Rhonda’s mission as a mother is to leave a deep influence on the life of her daughter and other young women.

The main aim of the reward “Miss Noble Queen of the Earth” is to strengthen sisterhood in the world. It is for the sake of those women who have the empathy to bring prosperity and progression in the lives of many, to educate women of abuse and trafficking so that they can create and lead a better life.

Who is Rhonda and how did she come this far?

This is a story of a real life “Wonder Woman”; Rhonda Swan, an epitome of a woman on a mission is the “Momma” of the Unstoppable Family, founder and CEO of “Unstoppable Branding Agency”. Starting a career in digital marketing and PR, before that she served in the corporate world for years as an executive with a fortune 100 company managing billion dollar marketing budgets. Rhonda decided to not continue down the corporate ladder after witnessing a woman put a 6 week old baby in daycare,  which brought some serious concerns about how she would raise a newborn baby and be the primary influence in her life.

Once she opted out and quit her six-figure salary, the challenges of becoming an entrepreneur struck upon her. With persistence, confidence, integrity and hard work luck started working in her favor. That led the development of her companies.

Also Read: Alexandra Friedman is Creating a More Connected World, One Conversation at a Time

Among many other achievements, publishing her debut book (launched in 2016) “Skills Are Cheap, Passion Is Priceless” is also included. Rhonda’s second book entitled “Designed to Lead” is about to get published in March 2021. This book is about the DNA structure of feminine leaders.. By far, she has managed to sell more than 8000 copies and is excited for the new book.

Today, besides being the author, film producer, mother, dedicated wife, philanthropist, Rhonda is the CEO of her own empire.

What did she do to create the pivot point of success?

This question is asked repeatedly. On which she told us about the journey and obstacles that she had to bear. In the beginning, when she started the venture after losing everything with only $12,872.62 left to her name, along side conviction, and faith in her heart she knew she could create a better life for her family. 11/25/08 the family sold everything and left San Diego to start a new life.

Rhonda, her husband Brian Swan (aka Unstoppable Surfer) and daughter Hanalei Swan have lived in 58 different countries over the last 12 years and now reside in Bali, Indonesia. From the recognition of hurdles to solving them without relying on anyone made the quest into a journey of lessons. It is because the clarity of mind makes the most difficult times and phases the easiest ones.

How Rhonda made an impact on others’ lives?

She has an impressive personality – Definitely a go-getter with heart and comPassion. Highly driven while empowering women– she started in digital marketing and PR as one of the first female marketers. Before anybody could know her for what she did, Rhonda had to set an example in the male dominated marketing industry. She has the desire and tenacity to assist people in general on how to reach their dreams.

How Emilie Kirchgesner Became the All-Around Performer She is Today