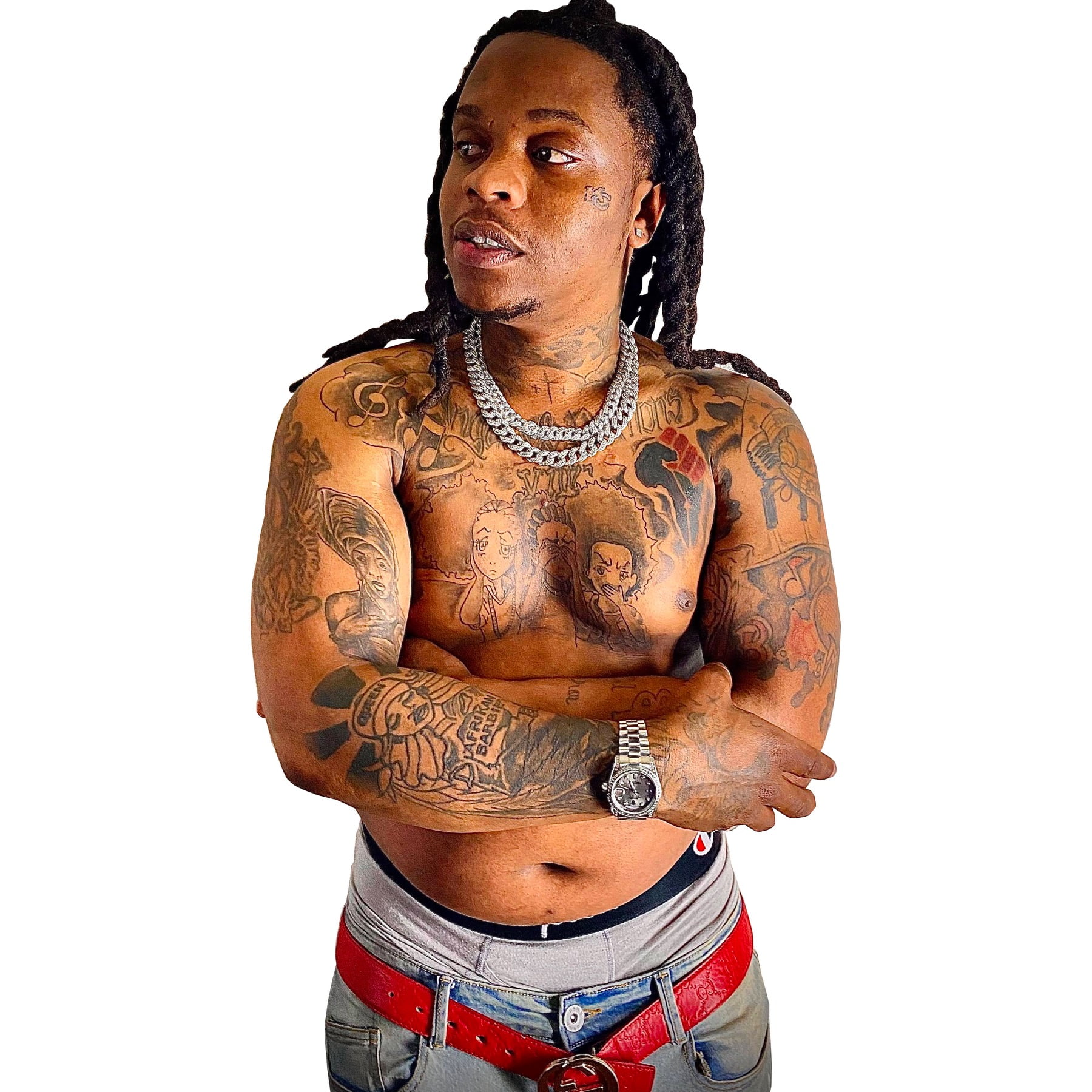 Rico Freeman is an artist who shows his audience his dedication and creativity. He gives his crowd what they want and always delivers. He is most known for his storytelling conscious rap style. He has a great amount of content on all social media and throughout the web. He first appeared in a music video called, “Talking to God” sitting on a table in front of a tv in 2016. After the video was posted on social media it reached millions of views and had a new wave of fans asking for more!

Rico continued posting freestyles before he released “Strong”. Strong is a tear jerking heartfelt record dedicated to single mothers and produced by his childhood friend, Jmac in late 2016. He went on to team up with super producer Pretty Boi Beats which then led to recording the song, “Gangsta” in June 2017. The song gained a great amount of recognition and effectively planted his foundation to his newly established music career. In the year of 2018 Rico released his first studio album called, “The Real Story” which featured, “She Tired” with Tokyo Jetz and Ally Cocaine, “Average” with Dave Hollister and an upbeat hype song “Fire” with Bay area legend Mistah F.A.B and Young Goat “Nef The Pharaoh”.

With so many accomplishments and so many more goals to hit, Rico Freeman has a lot to smile about. After his first studio album went off he began touring off of the songs in that album. In anticipation of his second studio album “The Real Story Pt. 2”, Rico had recently released a mixtape titled “IlluZion is Back” which include hit singles “What She Gone Do” featuring Bone The Mack, “Hunnid Shots”, “Distractions” and a handful of other songs with more of a commercial feel this year in April 2021. Rico is set to release his new song “Gangsta” featuring Boosie Badazz and is sure to be a summer banger!

He started his music career back in highschool winning talent shows and performing at parties. He learned to be a great performer and artist in that way. He gained many fans and followers from his music but also from his interactions with his daughter online. He used to sing songs and braid her hair and posted those videos to his page and they would just go viral. It was a win/win for him; people would come on to his page and see his interactions with his daughter and then go onto checking his music out. He shows his audience who he is as a person as he does as an artist which is, a humble loving father proud of those he cares about and a creative motivated artist.

Being the humble ambitious person he is he has learned and understands that there is healing through music. He has learned that not everybody is genuine but also knows that not everyone is out to get you. Rico Freeman states, “You have to use judgement. What you put into it is what you get out of it, maybe not initially but stick to it and everything will fall into place”. He wants anyone following his career path to know that they should do what makes them happy. Never drain yourself and keep going after what you’re passionate about. Never give up, unless your heart is no longer in it and you just feel like you have nothing else to give. Even then come back to it which is what has happened to him. He got discouraged but came back harder than he left, all in all keep going.

Check out Rico Freeman and all he has to offer and again look out for his second studio album “The Real Story Pt. 2”.

NoPlay Tha Prophet: Is All Work And NoPlay When It Comes To Manifesting His Dreams