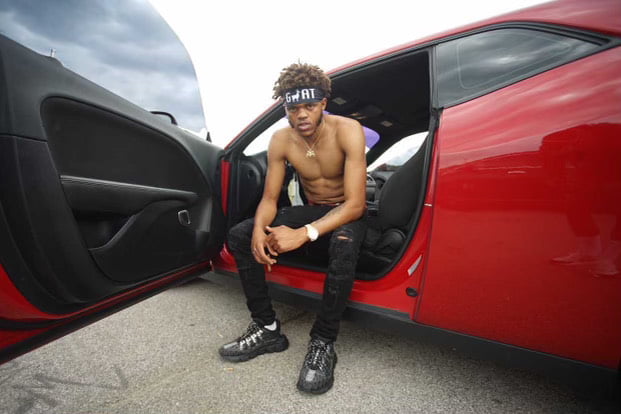 Rising Out from Fayetteville, NC but based in Indianapolis, IN upcoming artist Lul Bam just released a visual to his new song “Feel Like It”. When you listen & watch the video you’ll notice a hard beat, catchy lyrics, & crazy edits & cuts in the visual. I connected with Lul Bam to ask him a few questions about how everything came together for this track.

What influenced you to come up with this track?

“Soon as I heard the beat I knew I could do something with it, but once I found my flow on it I knew it could be my break out”.

While shooting the visual what are some things you wanted to be different than average videos?

“Shooting this video, I wanted to bring the drone out because the location was perfect and most local artist aren’t using drones in there video so I figured maybe I could stand out and not only from other rappers but from my previous projects. I don’t want any of my old stuff overshadowing my new stuff. Every time I come, I will come harder and harder”.

Out of all the songs you have to shoot what made you choose this one?

“I chose to shoot a video for this song because this song is the track that’s supposed to let people know my style, Lul bam style ya feel me. Basically saying you can expect more songs like this in the future”.

If you could work with any videographer in the industry who would it be & why?

“Honestly, coming from where I’m coming from. I’m thankful to have videographers I have now. These guys are still coming up though just like me. StillCanon and BabyVision, gotta give a shout-out to those guys”.

What are some thing you have coming up here in the near future?

“Coming soon I will be showing my versatility in the booth. Not only can I rap, but I can mix it up into multiple genres. For the people that been following my career, they know exactly what I’m talking about. Just stay tuned and don’t miss out is all I can say about that one”.

It is safe Lul Bam will be someone to watch here coming up as he puts his foot on the pedal for the future. If you want to check out the “Feel Like It” visual & keep up with him on instagram it will all be linked below

Jordan Royale: A Recording Artist Who Has No Limits Within The Music Industry