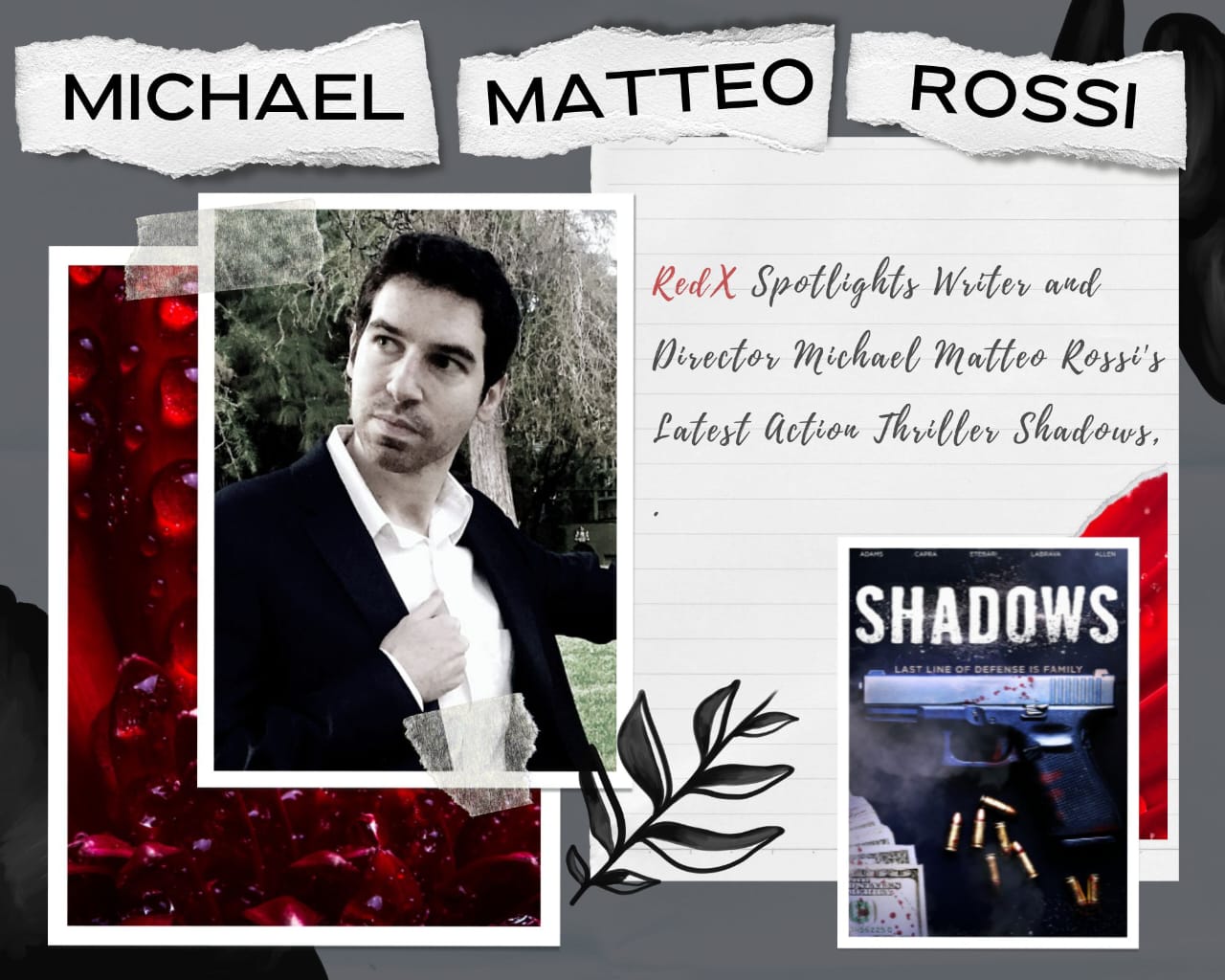 Hello to all the fans of indie film genre. We are here to bring you an outstanding news!

One of the most sensational and the most awaited lens works of Michael Matteo Rossi, ‘Shadows’ is out.

There is no second thought to the fact that if you genuinely like watching indie films, you will fall in love with this masterpiece ‘Shadows’.

You might be thinking that it’s a huge statement. But, it’s true. Let us explore how ‘Shadows’ is an unmatched crime drama.

For this, we will have to dive deep into the movie. Relax! It will be spoiler-free.

It is an exciting and suspenseful crime drama that has the potential enough to keep you static at your seat when the movie plays in front of you. The story covers one of the most important life lesson: the last line of defense is family. It revolves around the ideas of revenge, family loyalty and the forgiveness. In ‘Shadows’, Rossi has taken on to highlight the world of drug dealing, gangs, and street justice along with a strong emphasis on conflicted characters and onscreen violence. He has framed the story to supplant the idea that the family is a person’s last refuge. For this, he has shown how a boy who landed in the criminal world gets connected with his estranged mother and uncle.

‘Shadows’ is going to challenge your capabilities of predictability.

This is the quality that makes it really interesting to watch. In the movie, when  main character Cody (Adams) lands into the world of crimes, the drama starts challenging the viewers ability to predict. The story has been penned down in such a suspenseful manner that the viewers keep guessing but the story goes in purely another direction. Therefore, the viewers are left with no other option but to be amazed over the suspense, drama and the storyline.

‘Shadows’ is already a hit.

The response to the movie has been so overwhelming that it is not only loved by the indie viewers but also by the viewers across all the genre of movies. Everybody has liked. That is the reason that the ‘Shadows’ has been taken by various streaming services such as VUDU, iTunes, YouTube, GooglePlay, Microsoft and Verizon Fios etc.

This is an impressive speed. Only a movie with the quality content, suspense, powerful dialogs and an engaging storyline can occupy such a wide space in today’s technology based broadcasting.

About the cast of ‘Shadows’

The cast of this thriller crime drama includes the experienced performers like Rahart Adams, Krista Allen, Vernon Wells, David Labrava and Eric Etebari etc. The actors have performed so well that the director has been reported to be proud of casting them because they have beautifully submerged themselves into their characters.

The fans are well aware that when Michael Matteo Rossi goes to such a length to praise the performance, then it’s certainly something extraordinary.

About the Writer and Director, Michael Matteo Rossi.

Michael is a 16 times award-winning experienced film director. Nominations are way beyond this number. He has been making the movies since he was a teenager. He has academically studied the Filmmaking at San Diego State University. He is extremely in love with the storytelling and to him the best way to tell a story is to show it. So, his angle of attachment with the film industry is based on passion and attachment rather than the external factors. This is the reason that he has produced impact full lens works. He is highly inspired by the creativity in the movies of 1980s and 1990s. He chose the indie films genre only because of the face that it allows a higher degree of ‘creative control’.

Experience of the Director:

Rossi began his career with the creation of a short film Our Lost Translation,. It was played at the L.A. Shorts Fest. He was only 19 then. This success provided him a moral thrust and he moved ahead and ahead in the filed. So far he has produced, wrote and directed numerous artistic pieces of performing art. Some of them are: Misogynist(2013), Chase, The Handler and now the ‘Shadows’. The latter three are the latest ones and based on criminal underworld, assassins, and the violence. This is because, Rossi loves writing about the conflicting characters. He is highly motivated by the gangster movies he used to watch in his childhood. For example, he saw Terminator 2 when he was only four.

Experiences behind the creation process of ‘Shadows’: Interesting facts that you should know.

The shooting of the climax scene of the ‘Shadows’ took 5 days. The director opines that it was the most challenging scenes he has recorded so far. The scene is filled with a tremendous display of action and thrill.

The director has managed to carry the creativity and the action simultaneously. He hasn’t sacrificed any of them for saving the other. It is a balanced yet powerful projection of the message and the darker sides of underworld and drug dealers. In the end he has effectively projected his intended message: last line of defense is family.

In short, the ‘Shadows’ is an attempt to empower the independent film making. It has surfaced as an oppositional movement against the hegemony of mega production houses which have failed to produce creative and impactful work in modern times. The director of ‘Shadows’ who is also the writer of this story has effectively utilized the academic work on filmmaking and cinematography to make a positive change in the society by highlighting the plight of youth and the disintegrating family structure. He has tried to address a theme that is usually ignored in conventional filmmaking. Moreover, the following statement by a 16 times award winning director and writer effectively substantiates the fact that the movie is truly a masterpiece. In this connection Michael has said, “Shadows is my best work and I feel the culmination of everything I’ve learned directing for the past 15 plus years.”

Attention bloggers, Podcasters, and freelance writers, for follow up interviews with Director Michael Matteo Rossi be sure to contact Sharry Flaherty of Samera Entertainment at: SameraEntertainment@Gmail.com

Click link below for all available streaming channels to buy or rent Shadows today.
https://midnightreleasing.com/filmcatalog/shadows/

Note: Due care has been taken to ensure that the article is free from spoilers.