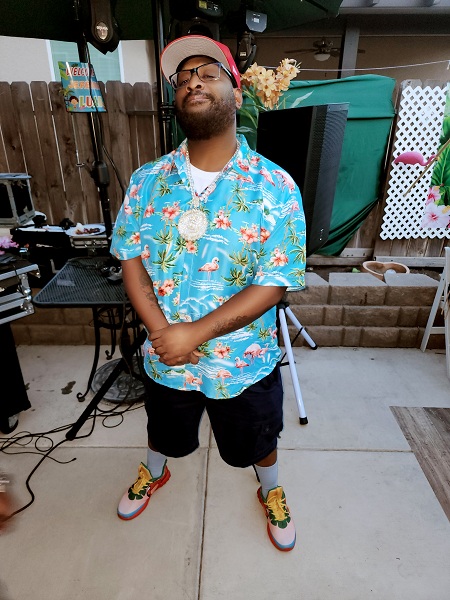 Sirr Jones recently charted #1 in the UK with his new release “Legacy”. His new album consists of four top 20 hits charting including “9 to 5” ft. Shorty T and “Anarchy”, as well as “On The Go” and “Not My Fault” ft. Mayjah Payne & Matthew Wiess. From start to finish, the album brings a variety of different genres of music with a passionate approach with the music lyrics and very catchy hooks and soulful vibe. This is not just a hip hop album, but a statement of life and excellence. With production for multi platinum producer Traxx FDr, Berner’s producer & Boo on tha tracks. In honor of the great Kobe Bryant the album has 8 tracks mixed by billboard charting #1 engineer Sammy Issac and mastered by legacy Grammy winner Chris Athens. It includes mixing by legendary Matthew Wiess, Konvict music’s engineer. This album is definitely a must listen to.

Sirr Jones is set to release his album “Legacy” on September 9th, 2022. Keep a close watch on this artist for he plans to complete a few more projects before his Album debut.

The versatile Sirr Jones passion for all forms of music created his belief that: “music is the soul of man”. He practices this belief through his conglomeration of catchy tunes and insightful and at times hilarious freestyles.

Hailing from California’s Inland Empire, it was 2007 in the Tucson Desert where Sirr’s epic crusade began with small town hits such as “Light it Up”. During his time in Tucson his stage presence and freestyle earned him the moniker “Sirr” meaning all would have to address him with respect.

Do you have any query here? please add your valuable comment here. Thank you very much: https://redxmagazine.com