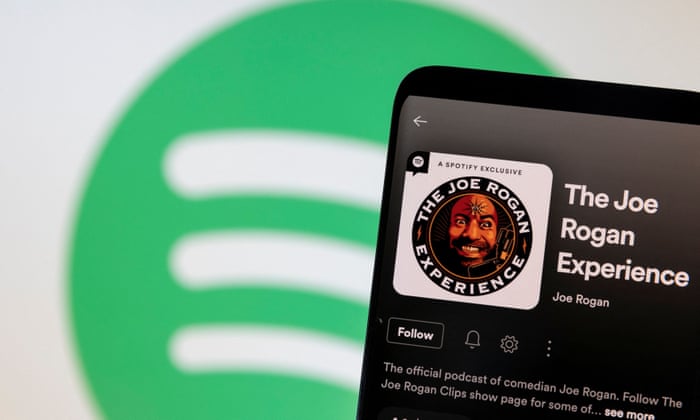 Audio streaming and media provider, Spotify, finds itself in a middle of a firestorm amidst artists threatening to pull their content off of Spotify if Joe Rogan isn’t de-platformed. Its stock prices dropped by 20% on Wednesday following its fourth-quarter earnings.

The Joe Rogan Experience is home to over 11 million daily listeners on Spotify. The renowned podcast and its creator are being criticized for delivering content that supports anti-vaccine sentiments.

The controversy broke out following an interview Rogan hosted between himself and virologist Robert Malone that claimed that “mRNA vaccines are ineffective and harmful”.

Following the publishing of the podcast, 260 scientists and medical professionals penned an open letter to Spotify, urging them to “immediately establish a clear and public policy to moderate misinformation on its platform”, and by failing to do so, Spotify would be enabling the “…damage to public trust in scientific research”.

They assert “until Spotify implements stronger methods to prevent the spread of misinformation on the platform, we will no longer be making any new Science Vs videos”.

Country singer Neil Young and Canadian singer Joni Mitchell have both threatened to pull their music following the release of the podcast.

Spotify’s Response to the Controversy

Spotify’s CEO, Daniel Elk expresses a cautious view of the issue. On one hand, they don’t want to change how the company operates based on “one creator nor on media cycles or anyone else’s call”, he said. Spotify claims that they are committed to combating misinformation while balancing the freedom of expression of its creators. A content advisory will be added to any podcast video that has the discussion of COVID-19.

“I’ve never tried to do anything with this podcast other than just talk to people and have interesting conversations,” Rogan said.

The Joe Rogan Spotify Controversy certainly raises questions about finding the right balance between combating misinformation and media censorship. Going forward, it will be interesting to see how the public responds to these new content advisories, and what types of precautions it invokes for content creators.

How Pam Llaury Inspires People to Travel and Explore the World?