Stackin Up Entertainment CEO Produces A Gold Record on Spotify 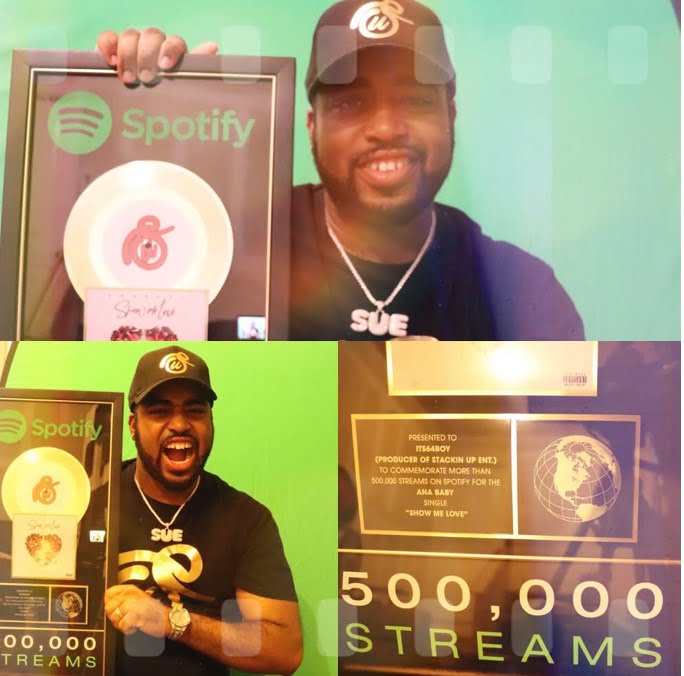 Entertainment mogul and talented music producer, its64boy, works with Ana Baby to produce “Show Me Love,” a hit single that has gone Gold on Spotify

its64boy has again shown his commitment to making amazing songs, with one of his latest works, “Show Me Love” reaching over 500k streams on Spotify. The CEO of Stackin Up Entertainment produced the massive track for Ana Baby, with the talented artist delivering amazing vocals on dope beats. The single became an almost instant hit, causing disruptions across the music industry.

“Show Me Love” was written by the composer, Aaron Wilson and distributed through Megatron Muzik Group. Otherwise known as Gregory 64 Brown, Its64boy again showed the world his creativity and ingenuity, adding another feather to his well-decorated hat with this huge accomplishment. The accolades that the talented music producer has been getting have been a long time coming for one of the best-kept secret producers in the world.

64 as he is also known as remains humble, letting his work do the talking as he collaborates with a team of music enthusiasts in Stackin Up Ent LLC to make hit tracks.

About Stackin Up Entertainment LLC

Stackin Up Entertainment LLC was founded in 2018 by pioneer, Gregory Craig Brown Jr. as a music record label. Headquartered in Richmond, Virginia, the company offers major distribution with GT powered by EMPIRE Distribution and KMG powered by Sony The Orchard, allowing independent artists across the world to reach their target audience and live their full potentials.

Check out our latest story

How Nicola Napolitano turned into a Sensation Worldwide?

S.O.E Clothing Line Is Showing Entrepreneurs What Success Over Everything Looks Like