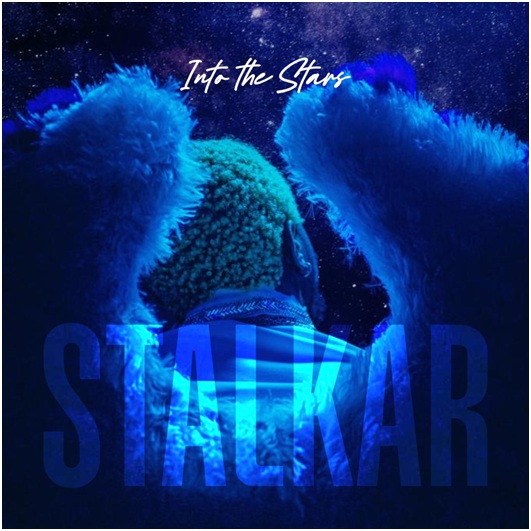 But he was born and brought up in Ajegunle, Lagos state, Nigeria.

He came from a poor background and growing up as a kid was really tough and an all different experience.

He attended Ayodele primary school, where he discovered his love for music as a kid.

Growing up as a kid he listened a lot to Michael Jackson’s and learnt a lot from his dance step.

Stalkar was that kid who other kids loved in school because of how entertaining he was. He sings and dances like Michael Jackson’s and while other kids praised him, including his teachers.

He was being called MJ and was popular because of how he sings & dances in the school. The senior students usually come to look for him everyday in his class during break times so he can sing and dance for them and while they give him some money & other stuff as a teenager. It became a pattern in school because he was known as that kid that sings & dances during every break time.

Knowing fully well Stalkar came from a poor background and a family where they struggled to get things done. But as a teenager, he was able to raise some money from singing & dancing in school to pay for lesson fee, PTA fee, school bills, contributions etc without asking his parents for it.

This also created some jealousy from other students and sometimes he ended up getting bullied. But that didn’t stop him from showcasing his talent in the school.

Stalkar didn’t grow up with his parents alone but also at one point was living with his late aunty who was an elder sister to his mom. He learnt a lot from her and was thought how to be a disciplined kid, regardless of him growing up in an area like ajegunle that is known as a very notorious city that damages a lot of kids, turning them into drug addict, robbers, bad behaviours etc

But stalkar learnt a lot growing up in ajegunle, he was thought on how to face his fears, how to protect himself, how to chase his dreams, how to deal with human regardless of who they are etc

One of the most heartbreaking moments he had growing up, was when he lost his mom the same day he was about to write his WAEC Examination. He couldn’t concentrate on his exams but ended up crying and feeling so much pain during his exams. Same year he also lost his aunty who he was living with, these are pains that he can never forget because these two women raised him. all this loss happened during his teenage hood. The poor health sector/hospitals in the country also contributed to the death of his mom & aunty because hospitals were on strike during those moments and his poor family couldn’t raise enough funds to travel outside of the country for a treatment.

All this pains & tears really affecting Stalkar as a teenager but also gave him a lot of reasons and motivation on why he needs to be successful so he can be able to destroy this poverty boundage & avoid such history to repeat itself in the future.

After secondary school, stalkar started during labour work by carrying cement & blocks so he could take care of himself, even though he couldn’t afford to attend university and had no one to do that for him.

He also worked as a cleaner in a bakery where he was being paid #15,000 monthly. Even though his passion was to make music but he had no choice but to do a lot of labour work so he could put food on his table.

At a point he became tired of working as a cleaner to sales boy from year to year without having anything to show for it but ended up being broke every time and being depressed for years.

He raised some funds and paid for an online course to study digital marketing, a few months later he started running social media ads and marketing for online businesses and being a digital marketer also gave him a lot of free time to make music in the studio, to work on his craft etc.

He became that boy you will always see in the studio every day running errands for other artists recording & the producer so he could be allowed to stay in the studio with them.

Moving forward In 2017 Stalkar won #100,000 from a pepsi singing competition which was hosted on city fm 105.1 and he took part of the money to record his first official single but then he was using MC GOODNESS as his stage name. The title of the song is FOR YOU By Mc Goodness, produced by Psalmy genius.

He also used part of the money to pay for an online course to learn about cryptocurrency.

He did a lot of trading, investing in crypto, buying NFT and making some money.

He was able to pay his bills, rent a new house, worked on his sound and was always in the studio with psalmy genius which they became close friends and as his official producer.

Stalkar stopped putting out music in 2019 because he didn’t have funds to promote his songs and dropping songs without promotion is a waste of music because only you and friends will listen to it.

But he started dropping a lot of songs cover & freestyle on instagram, maybe he could be lucky and get signed by a record label or investors but sadly he did this for years and wasn’t getting enough attention and this discouraged him from dropping freestyle.

He then decided to focus on raising fund so he could take his music career to another level and promote his music as an independent artist.

Moving forward 2022 he rebranded himself and changed his state name from Mc Goodness to STALKAR.

He dropped a new Ep title Into The Stars. Out on all platforms