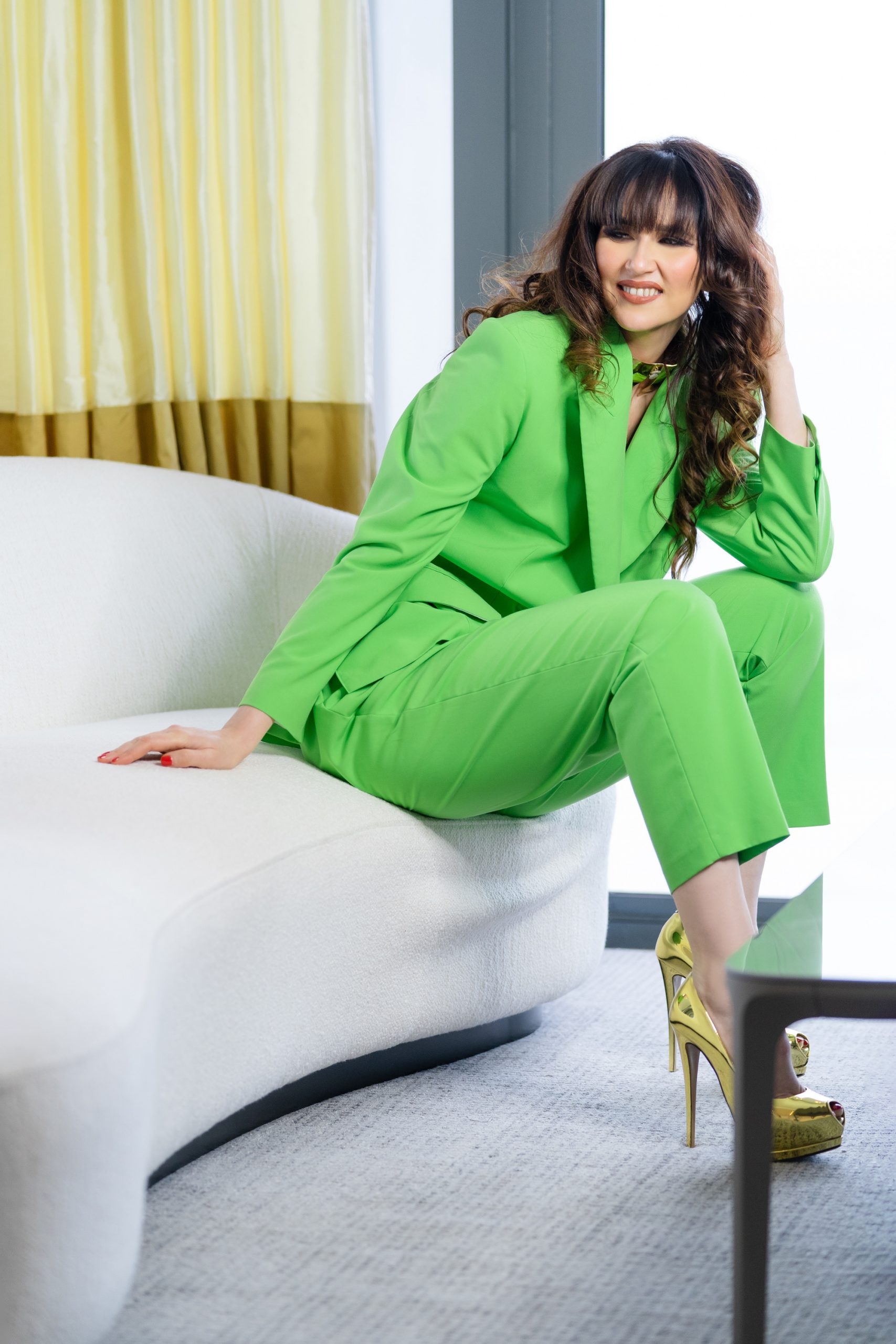 Radmila Lolly was born and raised in a creative environment. Her mother encouraged her to sing and compose, instilling the belief that if ‘she worked hard enough, Radmilla would achieve her dreams.’ Radmila spoke about about her childhood and musical  journey on TEDx DupreePark stage.

On January 23, 2022, Radmila Lolly sang the National Anthem at the FTX Arena during a Miami Heat vs. Los Angeles Lakers game to a star-studded crowd that included DJ Khaled and Luis Fonsi. Before LeBron James, Carmelo Anthony, Russell Westbrook and the Los Angeles Lakers battled Jimmy Bulter, Bam Adebayo and the Miami Heat, Radmila took center stage. The opera singer was accompanied by the First Miami Presbyterian Church Choir and the string octet, she stole the show with melodic high notes while wearing a custom-designed 50-pound handcrafted costume from “DIVA” Collection by her Couture Line “Eltara Casata by Radmila Lolly”

There were many hurdles along the way to becoming a Billboard Charting artist and celebrity designer. Radmila has a large following due to her beautiful voice and unique aesthetic sense. She has had a lot of success as a musician and fashion designer. Her ability to succeed in both the music and fashion industries is a testament to her creativity and natural born talent. As head designer of the couture fashion business “Eltara Casata by Radmila Lolly,” Radmila established her couture fashion line while developing her music career. Many celebrities have worn her creations, including Bebe Rexha and Gayle King. Her gowns have also been seen at major events like the Grammys, the Daytime Emmys and the Academy Awards.

Since 2014, Radmila has been working on her debut novel “DIVA” and has been composing a 27-movement that corresponds with the book.  The project is set to release in 2022 along with the concert by Radmila. 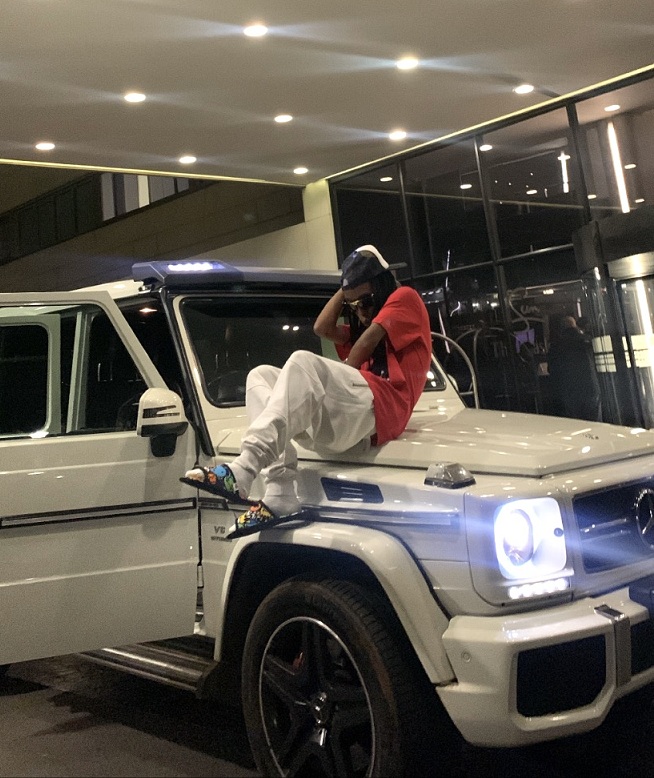 A Rich Kid is a young adult from a wealthy family, especially one who flaunts his or her wealth or privilege.

You can refer to the most powerful, rich, or talented people within a particular group, place, or society as the elite.

Robbie Malinga Jnr is unlike most 20-year-olds in South Africa. Malinga leads a lavish lifestyle, splurging on designer clothes from high-end brands, such as Versace, Dolce & Gabbana and Gucci, luxury cars…and expensive jewellery.

Robbie Malinga Jnr has raised eyebrows with his flashy lifestyle on social media but has always turned a blind eye to the hate. Maling Junior has been trending on social media after buying a brand new Johnny Dang & Co. silver chain. The youngster known for flashing his luxuries on Instagram bought a silver chain and customised it with the money emoji pendant of $79 (R1 199).

Mally recently surpassed 3 million streams on all digital platforms as an independent artist and that’s certainly impressive putting to thought that some artists that are under labels can’t even reach that magnitude. The rapper is certainly going places with production from multi platinum powerhouses like ChaseTheMoney and Pyrexwhippa from the United States he’s surrounded by greatness.

Statically at his age he’s one of the few to be on this level in terms of numbers musically in the whole of the Southern Hemisphere independently.

We Have to acknowledge such greatness. 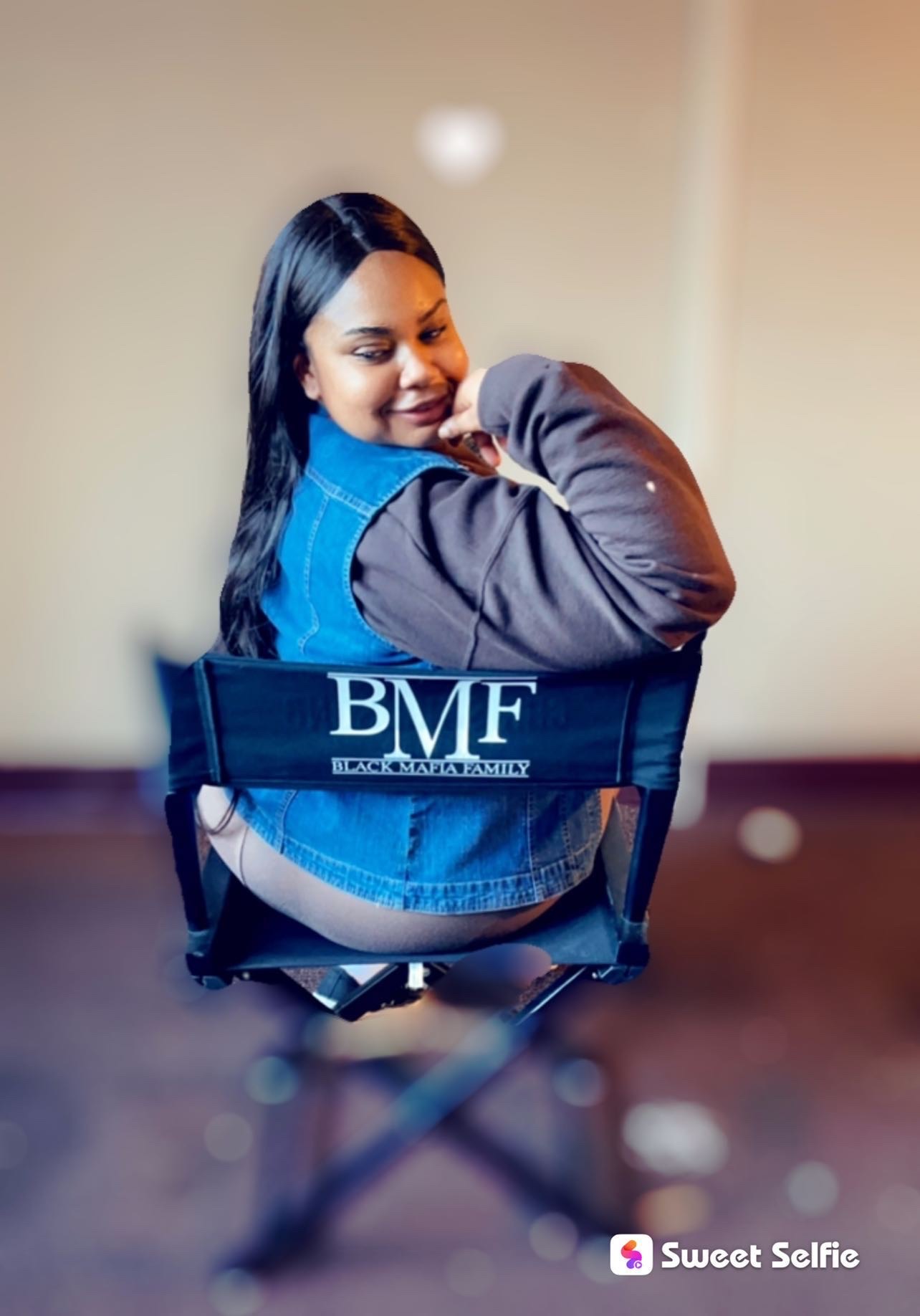 Are guys searching for a performer with industry experience? Look no further, because Hali Stewart Clowney is taking the scene by storm, with nearly 90,000 Instagram followers.

She is originally from Little Rock, Arkansas, but now resides in Atlanta, Georgia. She is reportedly 33 years old and has been in the acting industry for over ten years.

Hali Stewart is a proud, full-figured woman who is also single! But don’t get your hopes too high because she is notoriously difficult to contact. Some argue that contacting only her management is a strong goal in and of itself.

Start of a professional career

Cynthia Stewart, her mother, was an actress. She was a huge inspiration to her, and she was also inspired by other artists’ creativity on social media. Taye Diggs is simply amazing, and she looks up to him. She also shares some words of wisdom, encouraging people to believe in themselves and their dreams. Regardless of how many numbers you get, keep pushing until you get that yes. She would not change a single aspect of herself. She is confident in the woman she has become, despite tragedy and pain. She comes from a strong family, which helps her to be well-rounded.

One common factor seemed to be that the most loveable actresses were those who could easily transition from one genre to another. Georgia’s most beloved leading ladies supersede comedy, drama, thrillers, and every other genre and have a star quality that isn’t always easily defined. She appeared as an extra in Starz BMF Season 2 and is also represented by John Casablanca Models and Acting Agency.

Fans play an important role in the lives of stars as they work their way to stardom. The recognition given to fans is a component of fame. However, the importance of fans in a celebrity’s life is also significant. If you want to know more about Hali Stewart-Clooney, then follow her on Instagram. 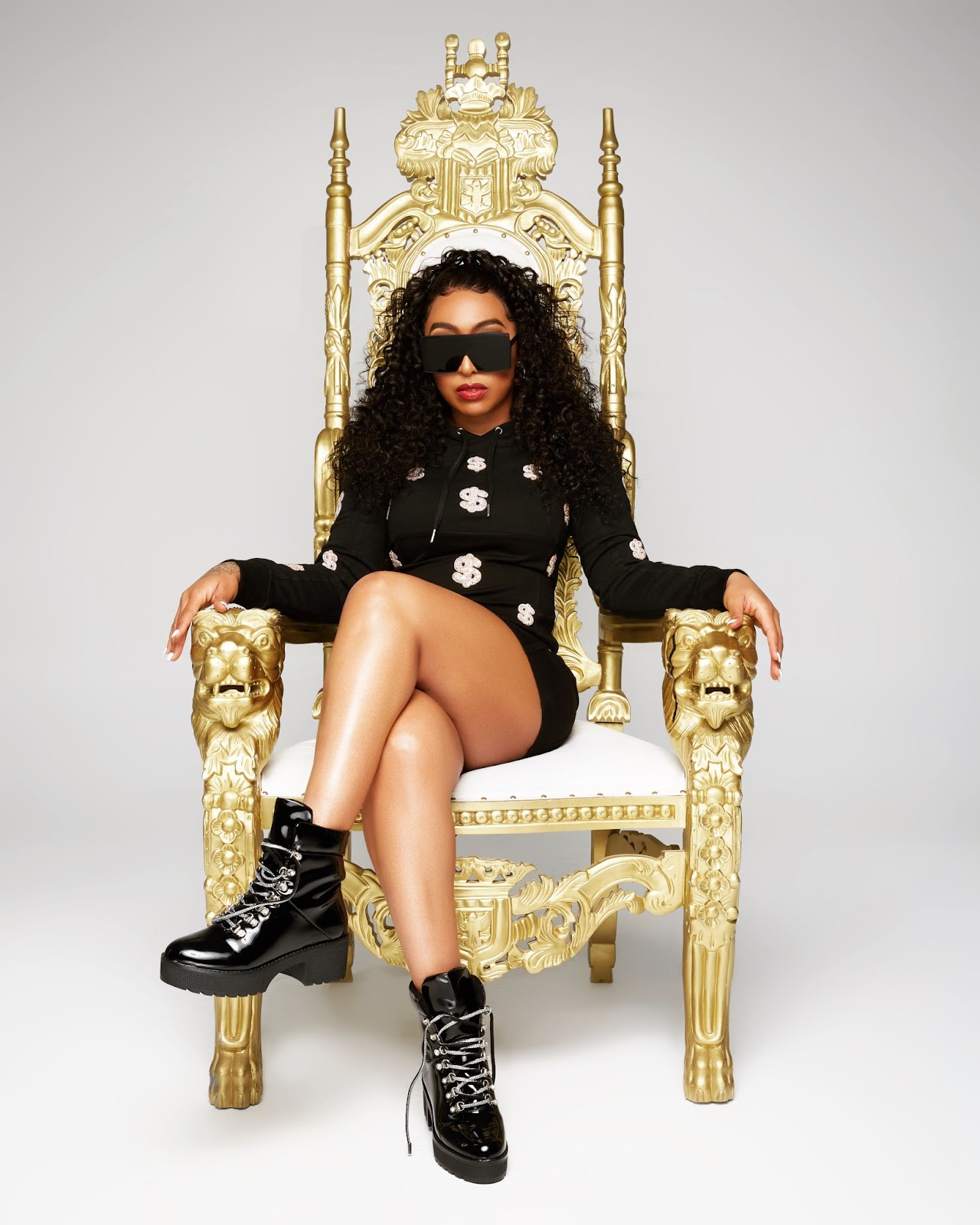 Atlanta’s Lashia Levins has worked tirelessly to climb the industry ladder as an artist, songwriter, producer, and DJ.

Born into a family with a varied musical heritage, Lashia’s childhood was shaped by the sounds of music, as both her parents were singers. When she was a child, she sang in the church choir and she often accompanied her mother to studios and concerts, watching backstage as her mother sang background for A-listers like Elton John and Maroon 5.

With age, her innate ability to play music and her passion for it grew. To sharpen her skills, her mother enrolled her in piano lessons, voice lessons, and performance arts classes to encourage her budding creativity.

“She would also put me in a marching band and buy me all kinds of musical instruments for the house. I would make mixtapes that I would DJ and record music. She didn’t care what it sounded like. She’d play my music in her car,” Lashia recounted.

Lashia Levins recorded her first professional song in 10th grade with the support and mentorship of her mother and industry professionals. The combination of her angelic voice and intellectual talent, confidence, and charisma make her one of the most exciting musical artists around.

The life of Lashia, although she made her debut as a young artist, is not all roses and sunshine. As a victim of abuse as well as a victim of a tragic car accident, she was subsequently confined to a wheelchair and used a cane for two years before her full recovery from both injuries. Instead of letting those moments define her, she found strength, utilizing the time that she was missing after the accident to study to get a degree in music production and use her experience to prepare for the future.

“I wrote many songs about situations that I have endured in my life, and without music, I wouldn’t have had an outlet. Every time I was kicked down, I was determined to get back up. I continue to pray and push. A little bit of faith can take you further than you’ve ever imagined. There are always guardian angels around, and I firmly believe that God will always plant your feet in the right place at the right time. You just have to be strong enough to take the first step,” Lashia said.

Aside from music, Lashia is also deeply involved in community development. As a member of the sorority Alpha Kappa Alpha (AKA), she has actively participated in a number of community service events that promote education and global health by encouraging clothing drives and collaborating with teachers to promote electronic music production in public schools. Moreover, she also has military experience and has worked closely with the Department of Defense and FEMA to support cities that have been affected by war and major natural disasters.

As a woman in the cutthroat music industry, Lashia Levins continues to push forward in the face of challenges identifying them not as challenges but rather as motivation to keep pushing.

“I’ve been through a lot in this industry, however, I use my pain and healing as motivation,” she said. The industry is looking forward to upcoming projects for Ladyboomboxx and her label The Formula Music Entertainment.