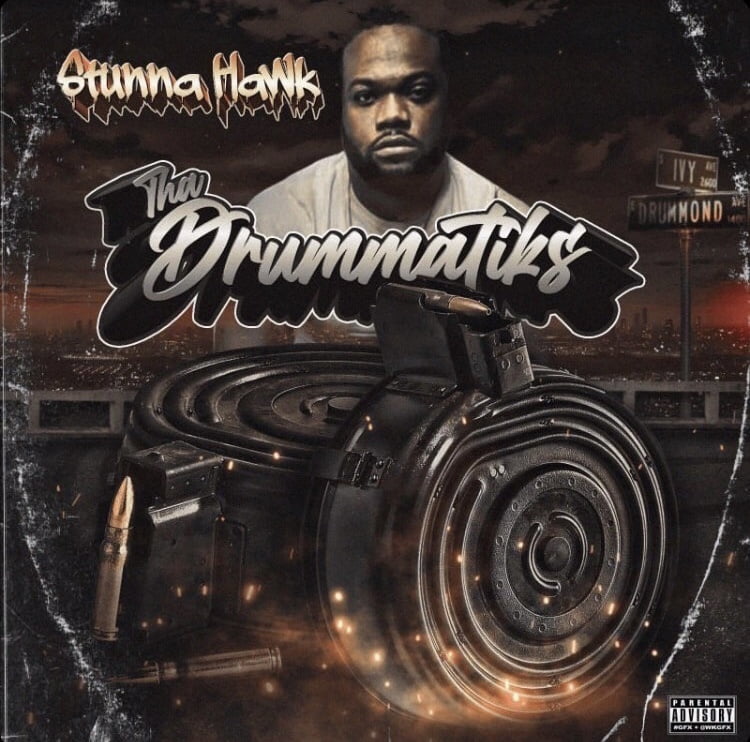 Donte Hawkins better known as Stunna Hawk is an on the rise recording artist from California. He was raised on the west coast thus growing a fond admiration for the style of music in the area. His friends were the reason he actually pursued music. They pushed him to create and inspired him to take music more seriously. At the start of his career he recorded in a friend’s closet. Since then he progressed and eventually started recording elsewhere as he got better with his craft. Stunna Hawk wants to have his music heard around the world and get paid for his music. Growing up in a tough situation only made him want to succeed even more. He never stopped what he loved to do and that was creating music and perfecting his sound.

Although he had many obstacles to overcome he still kept going. Recently he released his E.P “ The Drummatiks” and plans to release another E.P soon. While in the music industry Stunna Hawk has learned in order to see results you have to be and stay consistent. You also need to not only focus on creating amazing music, but he says “focus on marketing and promoting whatever content you are working on.” Marketing is vital to the growth of someone’s brand and even if you have a hit song it won’t get noticed if you do not market the song correctly. Stunna Hawk continues to be consistent and continues to progress. Follow him on social media and stay up to date on his new releases.