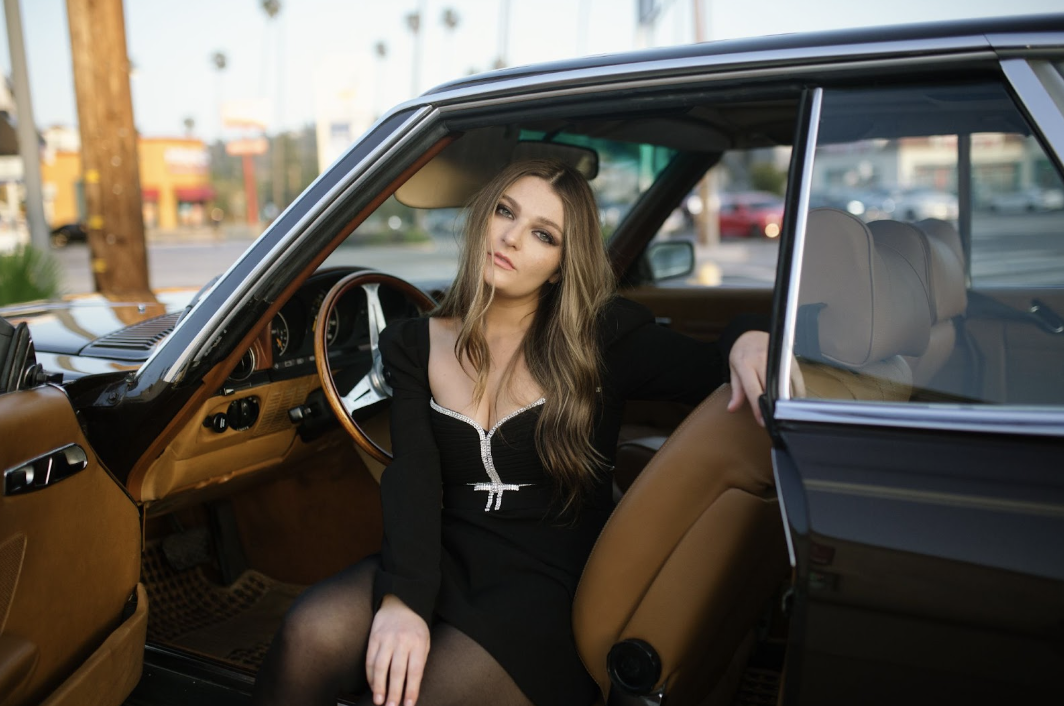 Los Angeles, CA  (July 29, 2022) – Singer-songwriter Taylor Grey has released her catchy new single “Idiot,” available on all music streaming platforms today. The indie pop songstress’ latest track describes the trials and tribulations of  a rocky, dysfunctional  relationship in the modern age as she realizes she’s better off post break-up. Last month, Taylor released her first single in 2 years, “Ever Knew Me,” as she continues to lead up to plans for a fuller release later this year.

Immediately drawn into the edginess of the song’s pop rock rhythms in combination with bold riffs of the electric guitar that align perfectly to her emotive and empowering lyrics, listeners can deeply sense the raw feelings and sensitivities behind “Idiot.” The song starts with a steady pop rhythm, accompanied by Grey’s lyrics of “guessing” what the truth really means in her relationship. As the intensity of her words build, so does the song’s indie pop rock styled energy that ascends with her lyrical expressions. Her words perfectly capture the passion of experiencing a relationship with flawed love; one which turns down a bumpy road before you realize you have the strength to move on as you take your power back.

“Idiot is about leaving a relationship and that person in turn gaslighting you and weaponizing your past – especially your mental health – against you; insisting that you would be crazy to leave, that no one else could love you,” says Grey. This song basically says, “Okay, I would rather be every single name you call me than be with you.” If it‘s “stupid” to leave you, I guess I’m just an idiot, was my take.

The accompanying music video for “Idiot” visualizes situations that capture the meaning behind Grey’s emphasis on anything being better than her past relationships. The inspiration for this video strongly models the moody angst of a young relationship in the early adult years, but uses scenes embodying the words described in her lyrics to share her sense of frustration, sensitivity and hope for brighter days ahead. The final scene of “Idiot” encapsulates the unfiltered emotions throughout the song with a dark, rainy street setting as Taylor walks into the middle of the scene and lets the rain wash away the pain of her past and looks towards her future.

In 2017, Taylor released her first studio album Space Case via her standing relationship with Kobalt Music Group and won two Independent Music Awards. The 12-track release featured a notable collaboration with The Vamps’ Brad Simpson. The same year Taylor revealed the Indie-Ballad single “Poison,” which further showcased the playful yet meaningful side of her writing and on-stage presence. A gifted songwriter and talented performer, she provides pristinely produced tracks with enrapturing vocals that surround each piece. Taylor’s 2018 project, her self-titled EP GREY,  was produced by Oliver “Oligee” Goldstein (Foster the People, Ellie Goulding) with executive producer Josh Abraham (Thirty Seconds to Mars, Weezer, P!nk). The release was featured on Official Spotify playlists, and supported by Just Jared, iHeartRadio, among other high profile outlets.

Taylor has toured internationally with Why Don’t We in late 2019, and has shared the stage with Walk the Moon, Fall Out Boy, Sabrina Carpenter, The Vamps, Flo Rida, Jake Miller, and more. Driven by an intricate sound that is vibrant, seductive, classy, and distinctive, Taylor is quickly paving her way in the music industry.  With several releases slated for the upcoming months, she’s going full-steam ahead in her musical endeavors with 2022 gearing up to be Taylor’s biggest year yet.

Keep up with Taylor Grey:

Rising Memphis Artist “TooTurnt Jmxney” Is A Name To Watch For

Louie Gooey Is Making His Unique Skills In Music