The Case of Dakota Moore 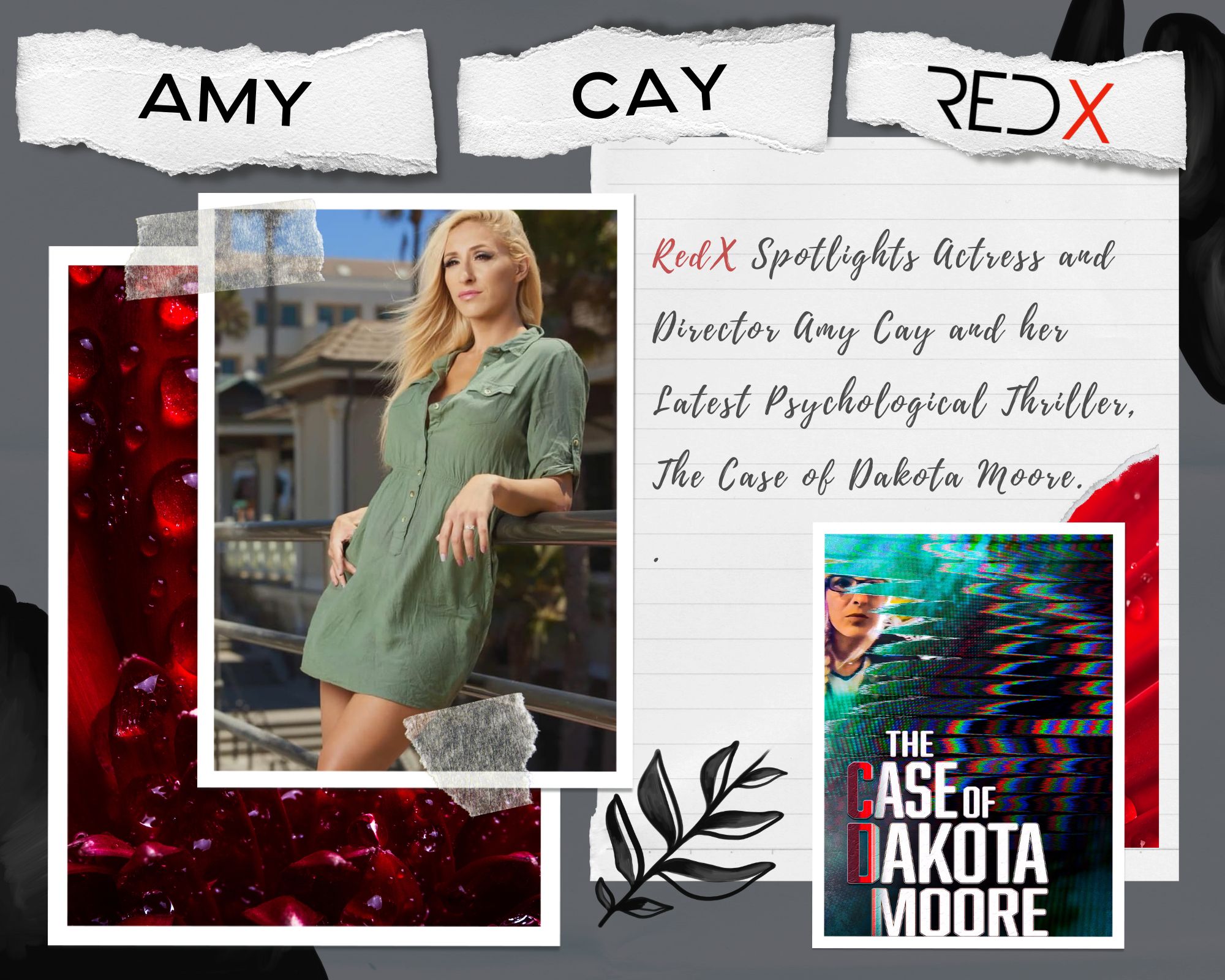 Hello to all the lovers of thrillers out there! The wait is over and we have brought you a wonderful gift embodied in ‘The Case of Dakota Moore’.

If you are a curious fellow and love to watch the thrillers full of suspense, this movie absolutely fits your choice.

The story becomes even more interesting when the person who lives a life like the main character becomes a part of presenting that. Yes, our very own Amy Cay, whohas played as Dakota Moore as well as directed this movie, has very closely lived like the main character. This fact adds more to the fun because the movie no longer remains detached from the act performers. But, it remains so much inside them. Resultantly, the realistic touch is naturally imbedded in the movie.

Now, it is imperative to dig deep into the movie. For this purpose, let us connect with the interesting aspects of the movie. Be assured. This reading will not spoil your suspense but it will add more to your curiosity of watching it instantly after reading this piece of writing.

About ‘The Case of Dakota Moore’:

The movie revolves around the life a renowned travel video blogger who has thousands of followers on social media handles. It pin points a single trip in which she meets the unfortunate fate. Her trip to California leaves her to fall in a trouble when she becomes victim of a stalking after one of her local followers becomes too close for comfort. The movie, as it goes on, tries to expose the dangers that celebrities and online stars can face in their life. On one hand, it tries to explain the problems faced by popular figures. On the other hand, it attempts to tell the audience that the life of famous people, as it appears from outside, is not easy at all.

Coming back to the point, having faced the embarrassing situation of stalking, the video bloggers continues to do her adventures on online video stream. She can be seen becoming uncomfortable over the repeated attempts stalking. Out of a surprise, the media outlets start reporting an attempted murder of the famous video blogger ‘Dakota Moore’.

The rest is a curious story of unveiling the startling facts that you must not miss to watch.  A fun chase of investigative steps by an expert detective is waiting for you to quench your suspense and thriller thirst.

A touch of reality in ‘The Case of Dakota Moore’:

The origin of the movie is inspired by a series of real happenings from the life of people attached to this movie specially the lead actress Amy Cay. If you watch the movie you will simply fall in love with the extraordinary skills of Amy Cay, the actor and director of the movie and the writer Anthony Leone because, it all started by a small detail during the face time conversation between the both. In this regard Amy Cay says “I was actually staying on a boat while I worked out of town, and there was a night that I was talking to Anthony discussing projects and work. While we were face timing he asked where I was at and when I told him I was on a boat he was so confused! Ha ha! I said, “Watch, we are going to end up making a movie out of this about a girl on a boat…” and voila, Dakota was born!”

Starting from the minute detail it developed into a full-fledged thriller movie but, it did not lose the touch of reality. Another interesting fact that substantiates this standpoint that the movie is too close to the reality is the story of its budget. The film was shot on a shoestring budget which helped to add a certain level of sinister authenticity to the events that unfold on screen.

The viewpoints of the team that worked on ‘The Case of Dakota Moore’:

Nothing can be a more authentic source to know about the internal wonders of a movie than to explore the statements of the people who worked on the set of that particular cinematic piece. In this connection, the views of actor and director Amy Cay and the writer Anthony Leone can serve the purpose effectively.

Talking about the story, the writer Anthony Leone says, “Amy and I tried to do something really different with this film. Adding a lot of scope and haunting atmosphere to the entire story.”

Moreover, the actor and director Amy Cay has a much larger share because she has 100% role in converting the story into a movie by working both in front and behind the camera simultaneously. About the movie, she says, “Anthony and I were focused on delivering a movie that made the audience feel like you were really there witnessing the scary moments, while also developing a “relationship” with Dakota, and being there on her journey.”

So, it is safe to say that the team has done a lot of hard work to produce a thriller that contains numerous scary scenes with a touch of sinister reality. Moreover, statements also reveal that the audience will also undertake an emotional ride because they will be deeply indulged into a sympathetic relationship with the character ‘Dakota Moore’.

Amy Cay: A face in front as well behind the camera

Amy Cay is a multi-talented gem in the film industry. She is originally from Colorado. Then she moved to Southern California in 2017 where she met Anthony Leone. While discussing their interests, they both learned about how they loved movies. Anthony was working on his first movie then. Jokingly, they started and have gone ahead non-stop. Talking about ‘The Case of Dakota Moore’, she has performed exceptionally well as director as well as an actor. Answering a question about managing both the tasks she said, “I didn’t find it difficult at all actually. I knew what we wanted it to look like, so I could navigate and direct it to what was expected”

‘The Case of Dakota Moore’ is available on VOD.

What Are The Benefits Of Buying Tiktok Views?

“Tombstone Pillow”: A Step in the Right Direction by “Dream Team Directors”!