The Haunting Of Verdansk: Everything You Need To Know About Halloween In ‘Call Of Duty: Warzone And Modern Warfare 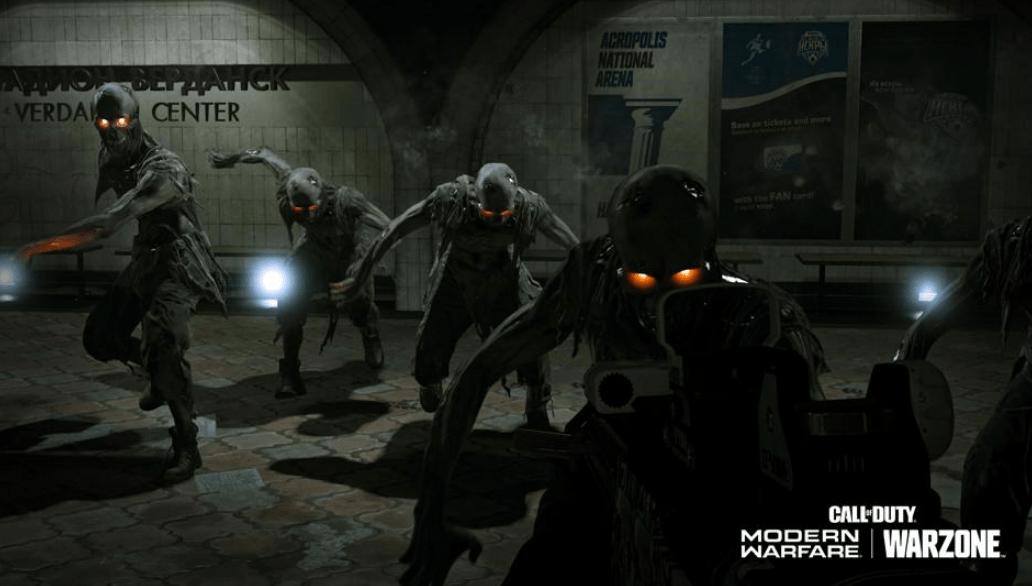 It’s October, which means its the season for limited time seasonal events in video games. The gaming world loves no holiday quite so much as Halloween, with its ample opportunities for monsters, zombies, costumes and what have you. In the world of Call of Duty its called “The Haunting of Verdansk” which, despite the Warzone-focused name, also applies to Modern Warfare. Let’s head into what you need to know about the events, from start times to modes and guns. This information comes from the Call of Duty Blog.

First off, the start time. While I’m having trouble finding an official source on this, CharlieIntel is a typically reliable source and says that this is starting at 1:00 PM Eastern. I’ll update that if anything changes.

From a visual perspective, the main thing here is a bunch of paid cosmetics, including SAW’s Jigsaw and Leatherface from the Texas Chainsaw Massacre as skins, as well as in-universe villain named Dr. Karlov and a “Grim Reaper” skin for the already fairly grim reaper-esque Ghost.Recommended For You

We’re also getting a new JAK-12 shotgun, which the blog says has “enough firepower to pulverize an entire enemy squad into head cheese”. Which is…not all that specific, but it also has a 32 round drum mag, which gives it the largest capacity magainin for a shotgun.

Seeing as this is the Haunting of Verdansk, the biggest changes here are for Warzone. We’re getting a night mode, which is still lit by the moon but will still confer advantage to those that remembered to bring their thermals. There will also be some spooky things happening around there, and I’m particularly interested in seeing this ghost train. Night Mode is cool, but the real event here is Zombie Royale, where instead of going to the Gulag when you die you’ll be reborn as a zombie with increased speed, jumping, melee attacks and thermal vision. If you manage to kill two players and collect the syringes that drop off their bodies, you get a second chance to come back among the living.

Related Topics:FeaturedVideo Games
Up Next