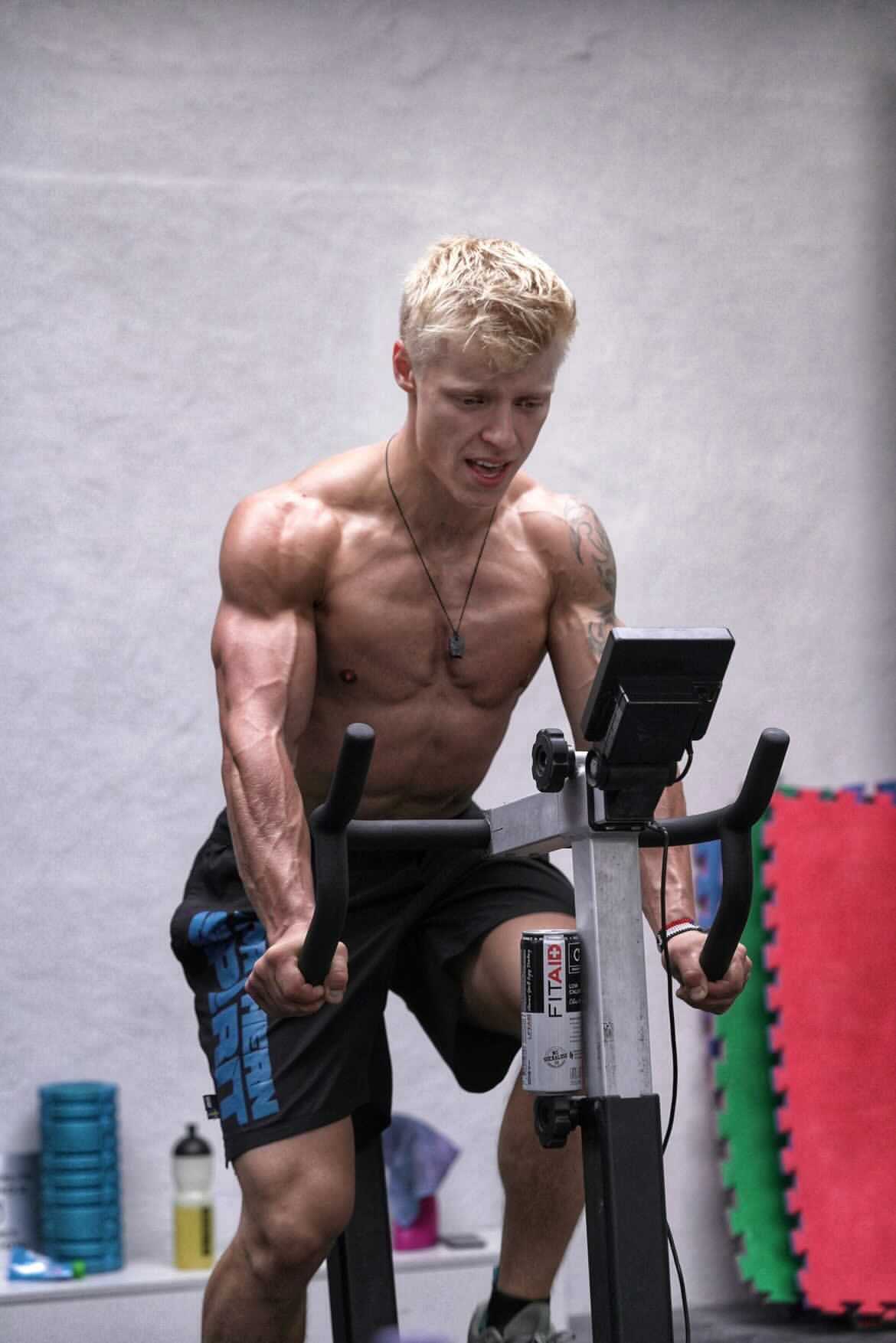 Some people are born to motivate other people with their personal life. That’s why many popular personalities use their social media for sharing such as motivational content.

No matter how much we keep discussing health, fitness, nutrition, we would feel the need to keep discussing the same in the world which is currently going through the real tough times. Many people are aware  of the need to maintain a good health and lifestyle in an ever-changing and evolving world, many of other people are still unaware of its significance and it changes the mindsets of people for better health. The world needs the nutritionists and trainers who can help them to make the right fitness and health choices in their life. This is all when the fitness freak and great chef like Tomas Chlup entered in this picture. Tomas Chlup, a youngster who believed in his skills and abilities as a fitness trainer to train people right and that is what he did.

Tomas Chlup comes from a small village of Kamenice and Lipou from Czech Republic. Fitness and health were something that the Tomas Chlup always saw himself towards. That made him read multiple books on health, nutrition, health, training, running and etc. His girlfriend also owns a CrossFit gym with other partners which they had to shut down owing to the spread of COVID-19. This took him towards the online world of fitness. Today where he is training people digitally. Tomas Chlup always loved long-distance running introduced him to CrossFit where he found himself even more.

After going deeper into the same helped Tomas Chlup to grow his knowledge and passion and emerge as a fitness expert, chef and leveraging the digital mediums to reach many people and fitness lovers as much as possible. Through social media this talented and young expert fitness trainer has been inspiring the people to live happy and healthy lives by making the right health and fitness choices.

Tomas loves to inspire people through showing his unique content and thus also became an Instagram influencer who bowls over his clients with his daily training, and fitness workout content. His goal to make people fitter and healthier Tomas Calup even started the project “Fit Inspiration” to inspire home workouts and cooking at home with nutritional food recipes that can help them a lot in their fitness results. Tomas is also working on his new upcoming project Konektr in the form of a mobile app.

Life can sometimes knock a person flat on their back. At times it seems impossible to overcome some challenges, but that doesn’t mean that there aren’t any better days to look forward to.

This is what Health and Fitness Coach Jason Nemes hopes to impart to the people who come to him for help.

“I know first hand what it takes to build something from nothing, but a vision can help anyone that is willing to be coachable and go to work to do the same,” he said.

Jason offers his services to people who are not just looking for results but serious about attaining them. This includes anyone wanting to gain muscle, cut fat, lose weight, live a healthy and active lifestyle, and even those who want to build a business.

To help others realize their goals, Jason developed a very targeted message that talks about the principles that he believes drive human nature to achieve greatness. He then provides the practical steps to get his clients there.

Since his message for success is universal, Jason doesn’t let distance keep him from spreading his message to people who need his guidance. His messages have been heard worldwide. These places include France, Belgium, South Africa, Canada, Trinidad and Tobago, Australia and more!

When he is speaking to audiences, Jason is known as THE “tattedprezzz” and he promotes the idea of personal health as the key to success.

“My passion for fitness has always been my main focus. I took that passion and got involved with the industry and now I’m generating millions of dollars in sales by helping lots of people get fit and increase their bank accounts,” he said.

Getting Into The Industry

Despite his success as a health and wellness coach, Jason wasn’t always in the health industry. But thanks to a good friend of his, he realized the potential of the industry as well as his own.

As a graduate of the University of  North Texas with a Bachelor of Business Administration (BBA) degree in Economics, Jason started in the corporate world selling digital media advertising.

“I quickly realized that wasn’t for me. I ran into my buddy after college whom I consistently said no to in regards to an opportunity. This time, I was able to see his house and cars and was extremely inspired,” he shared.

Seeing the numerous benefits, Jason decided to give it a shot. Now, Jason earns more monthly doing what he loves helping people than he did annually at his corporate job.

Visit www.tattedprezzz.com and www.jason-nemes.com for more information on Jason Nemes. 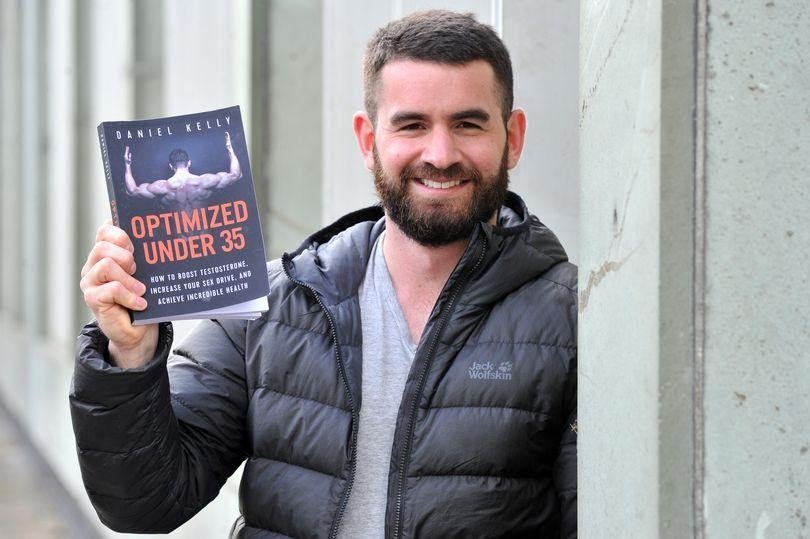 Daniel then decided to undergo testosterone replacement therapy (TRT) so he could optimize his testosterone levels. After that, he saw improvements in his energy, libido, and mood. As a result, he started a coaching business focused predominantly on teaching men how to optimize their health without the need for medication.

Facing Challenges When He Started

“What most people don’t realize is that starting a business is easy. Maintaining it and making it profitable is the hard part,” Daniel said, recalling that he had two main challenges when he began.

The first challenge was having to deal with his self-doubt and lack of confidence in his ability to pull it off. The second was his lack of skill. He had quality service to offer that includes coaching and mentoring men to optimize their health through nutrition, fitness, and lifestyle change but he had no idea how to market himself. So how did Daniel overcome these challenges as well as grow and maintain his personal brand?

It was through the advice of a close friend of his who has a successful e-commerce business. To Daniel, he said, “Everything will change when you make your first dollar online.“

Before he created his personal brand, Daniel quit his job in investment banking so the reality of having to rely on himself to make a living rattled him.

Investing in Himself to Grow His Brand

One day, after months of struggle and self-doubt, he made his first sale online.

“I thumped my fist on the table in jubilation and did a little victory dance in my co-working space. My colleagues looked at me with mouths wide open. Little did they know I had just had a breakthrough that was years in the making,” Daniel shared.

He Became a Bonafide Entrepreneur!

For the next months, Daniel invested heavily in coaching programs and masterminds to learn invaluable business skills to market himself online and become a better coach. Three years later, his coaching business thrived and he has been making a genuine difference in people’s lives which gives him a sense of fulfillment.

“Entrepreneurship and perseverance go hand in hand. If you want the former you must possess the latter,” he said.

Now, Daniel has coached hundreds of men to optimize their health, written multiple best-selling books, has even been featured on the pages of national newspapers such as The Guardian, The Sun, and the Staffordshire Sentinel.

But despite all that, Daniel is just getting started.

Mark Juncaj: An Amazing Fitness Mentor With An Inspiring Story Of Recovery From Alcoholism 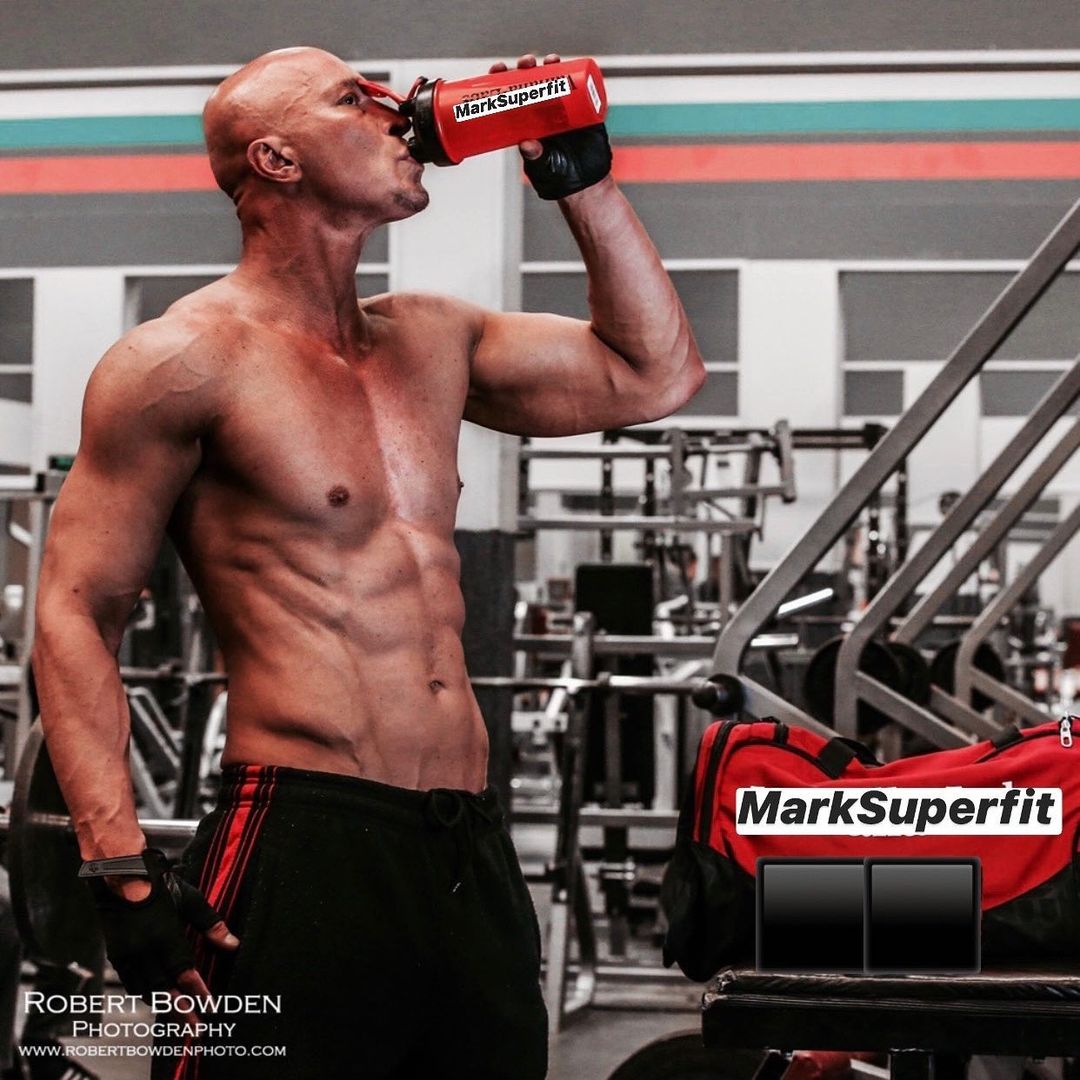 For some people, Alcoholism is a lifelong battle that they face every day. Due to unfortunate circumstances, some even succumb to their addiction finding some relief from their troubles only in the afterlife. Still there are a number of people who defeat Alcoholism and manage to live their lives to the fullest. An inspirational spokesperson and amazing fitness model Mark Juncaj is one such luckiest person who has redeemed his life and now serves as a beacon of hope for all people who live with similar struggles. Today, he impacts the lives of others through fitness and faith.

Mark in Franklin, mi. In an upscale community with wonderful neighbours. A fitness influencer with over 26,000 followers and counting more, Mark Juncaj is a spokesperson and fitness model whose story of overcoming has inspired countless people. Mark Juncaj was a high school sports super star. Unfortunately, he found himself with alcohol addiction. He fought for a long time to become sober. His new book Albanian Intervention is a collection of things which he has experienced and written with that experience. It’s out in January next year. He loves to read and write.

Mark loved going out to dinners with friends and family and even speak in churches to a large audience.

Since his experience with addiction Mark used his history and natural talents to become a mentor to all the others who are still battling with their addiction. Today is a fitness expert who harnesses the power of his faith and his knowledge of fitness and recovery tips to help transform other people’s lives. His experiences have molded into a world-class motivational speaker. Armed with his extensive knowledge and positive attitude. He motivates his clients and friends and helps them solve their mental and emotional roadblocks helping them achieve maximum happiness.

Mark Juncaj had relapses in the past 13 years that led to tremendous consequences but never gave up and still continued to work on himself to the point where he wrote a book.

Mark is extremely disciplined with his diet; he takes 3500 calories a day. While training his abs 3-4 times a week. Mark diet consists of eggs and oatmeal along with a protein shake in the morning.

He eats mostly chicken with Ezekiel bread the rest of the day. Ezekiel Bread is made with grains rather than wheat . Mark Jucaj eats sugars free Kroger brand yogurt before bed as it consists of mostly casein protein that digests slowly to feed his muscles as he sleeps.

In the future Mark Juncaj hopes to continue being a well-trusted authority on fitness and emotion and mental health. Above anything else by building a community of like minded  individuals committed to pursuing self-growth and personal developments, this transformations of more lives in the future.

Learn more about amazing Mark Juncaj by checking out his Instagram..