Tocoreon Jordan: Independent Artist Of The Year Known As 400 Guapo 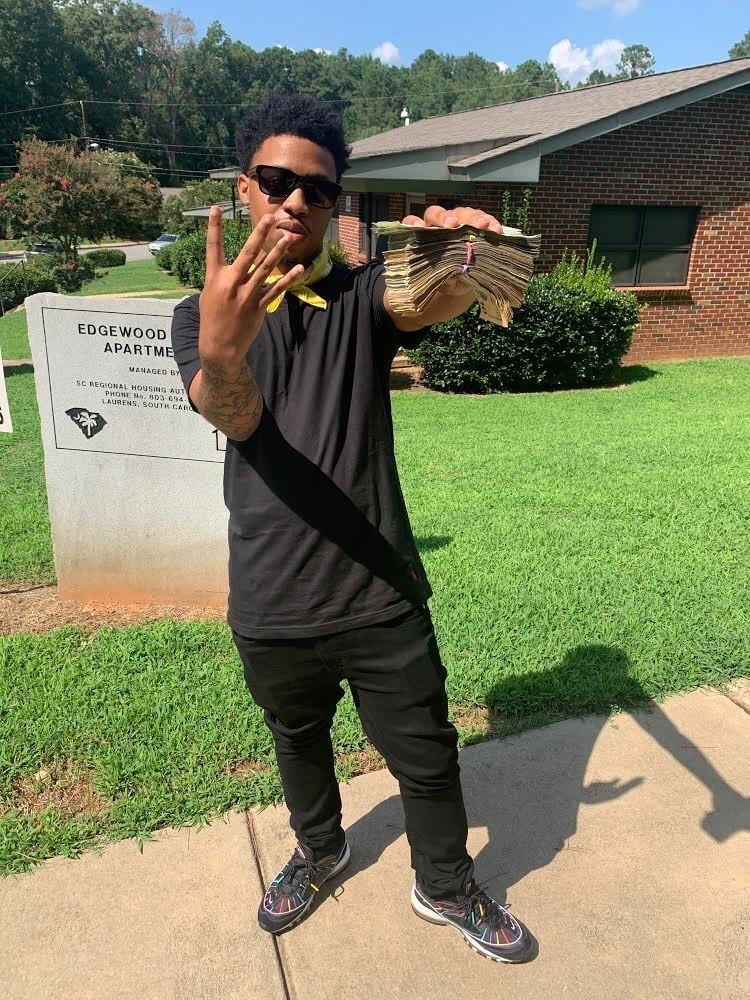 Tocoreon Jordan better known by his stage name, 400 Guapo is from Ninety Six, South Carolina. He grew up in the 400 projects and other neighborhoods in his hometown. His life growing up as a kid wasn’t easy but music was his positive escape. As a kid you would find him writing poems, songs and drawing up ideas for his future clothing line but highschool years were tough. He was suspended, trapping, getting kicked out of school, but aside from getting in trouble as a teen he was very much motivated and focused on his career in music.

In 10th grade 400 Guapo had recorded his first two songs. After recording music he would stop and continue to hustle and make his money. Music wasn’t gone for long though, after he graduated highschool he had recorded two more songs in 2017. After going through so much in life for him and seeing so many negative outcomes creating music was a way to make light of all the hardships. His music is highly influenced by his experiences and by two of his favorite rappers, Bankroll Fresh and Gucci Mane.

No matter how low life got for 400 Guapo he always came back to music and continued to work on his goals and dreams. He has learned a lot from the music business but one main thing he learned was that you have to be more than talented he says, you have to be business savvy to make it far. He mentions how you have to grind and invest in yourself and network. Some very important lessons for anyone seeking to have a career in the music industry. 400 Guapo advises that anyone seeking to pursue this career path should focus on the business aspect of it and not your old life. He says, “It’s not about acting tough and going after an old image you use to have in the hood. Try to get out of your city and move away. It’s too many rappers getting locked up and murdered over senseless and petty things. Try to live your career to the fullest.”

When asked, “if TMZ was to interview him today, how would he want to be perceived and positioned” he told us, “If TMZ was to interview me today, I would want them to see me as a good artist and businessman. I would want them to see me as the guy who gives back to his neighborhood, kids and help put on other artists to get them into the spotlight.” 400 Guapo, not only a talented artist but an amazing human being with a vision knows what it takes and how hard he has to work to make things happen. His goals this year is to record 100 songs and record a total of 6 projects with a body of work to his catalog.

He has a key project he is working on right now called “400 Degrees”. This project is fire! It’s got club bangers and trap bangers. Go and check out his video on YouTube called, “All That”, it is his latest hit single out right now. The single shows impressions of Bankroll Fresh and D. Rich from the lyrics to the beat. The theme song has samples in parts of the song from the Nickelodeon 90’s show “All That”. The song has that 90’s vibe to it. This is an artist to not sleep on and to really learn a lot from.

Krxs G: California/Nevada Has A New Superstar On The Come Up