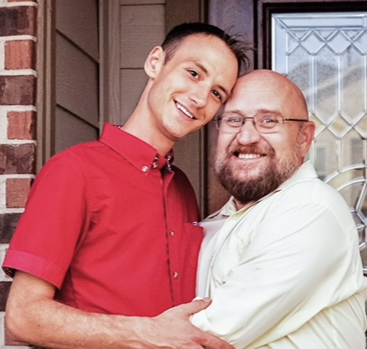 Very few people speak up for minorities because they are terrified of the backlash. Celebrities are also afraid of losing followers if they post supporting the LGBTQ+ community, since they perceive it is a delicate subject. People who come out as one, on the other hand, are not always welcomed with good conditions.

Occasionally, their parents reject them, their friends desert them, or they confront various dangers.

However, social media has been effective in supporting the rights of the LGBTQ+ population and raising understanding regarding sexual orientation. Previously, individuals had to go to considerable struggles to speak up for these people; now, with the mainstream media, it is simple to create a community and work toward a common purpose.

In the middle of activists, it is crucial to highlight Todd Emerson’s achievements, one of the most well-known individuals to have worked for the rights of the LGBTQ+ community.

Todd Emerson of Ocean Springs and has been active in several organizations, such as he founded GL Friendly, and Mississippi Gay and Lesbian Task Force, and volunteered with South Mississippi Aid Task Force.

Although change was not an easy effort to bring Ocean Springs to completion. Emerson assembled people of all sexual orientations in his home in 1993 after placing an announcement in the local newspaper. He mentioned establishing the ‘Ocean Springs Pride March’ to advocate for the rights of the LGBTQ community.

Unfortunately, a petition against him was filed in City Hall, which was coordinated by First Baptist Church. Hundreds of people protested in favor of the petition. However, the petition was dismissed, which upset people even more, and they began threatening Todd Emerson by chanting “Go back to San Francisco!”

These threats had no effect on Todd and further strengthened him. After a time, all of his hard work paid off as Ocean Springs, Mississippi, became the first state to recognize the LGBTQ+ community.

Todd Emerson as a Social Activist

Todd has established himself as a major activist who works tirelessly for the community. He is now determined to act against the harassment and bullying that these people have endured. Even families may be hostile towards gay, lesbian, transgender, bisexual, or queer people. Even though they are human.

Todd has twelve grandchildren and is the biological father of three girls, and a fourth, one of whom is adopted. Since 2015, he has been married to Daniel Gene Hill. He cares about LGBT people and promises to make the world a better place for them through his organization.

LGBTQ people have long suffered at the hands of “normal” people who do not consider others to be a part of themselves.

Many stories have been told in the past about gay, lesbian, transgender, or bisexual people being bullied or assaulted. Todd has made it a point to make a difference via his job and has been engaging with the community to effect change. Ocean Springs was the first rung on the ladder, and there was yet much more to come.