“Tombstone Pillow”: A Step in the Right Direction by “Dream Team Directors”! 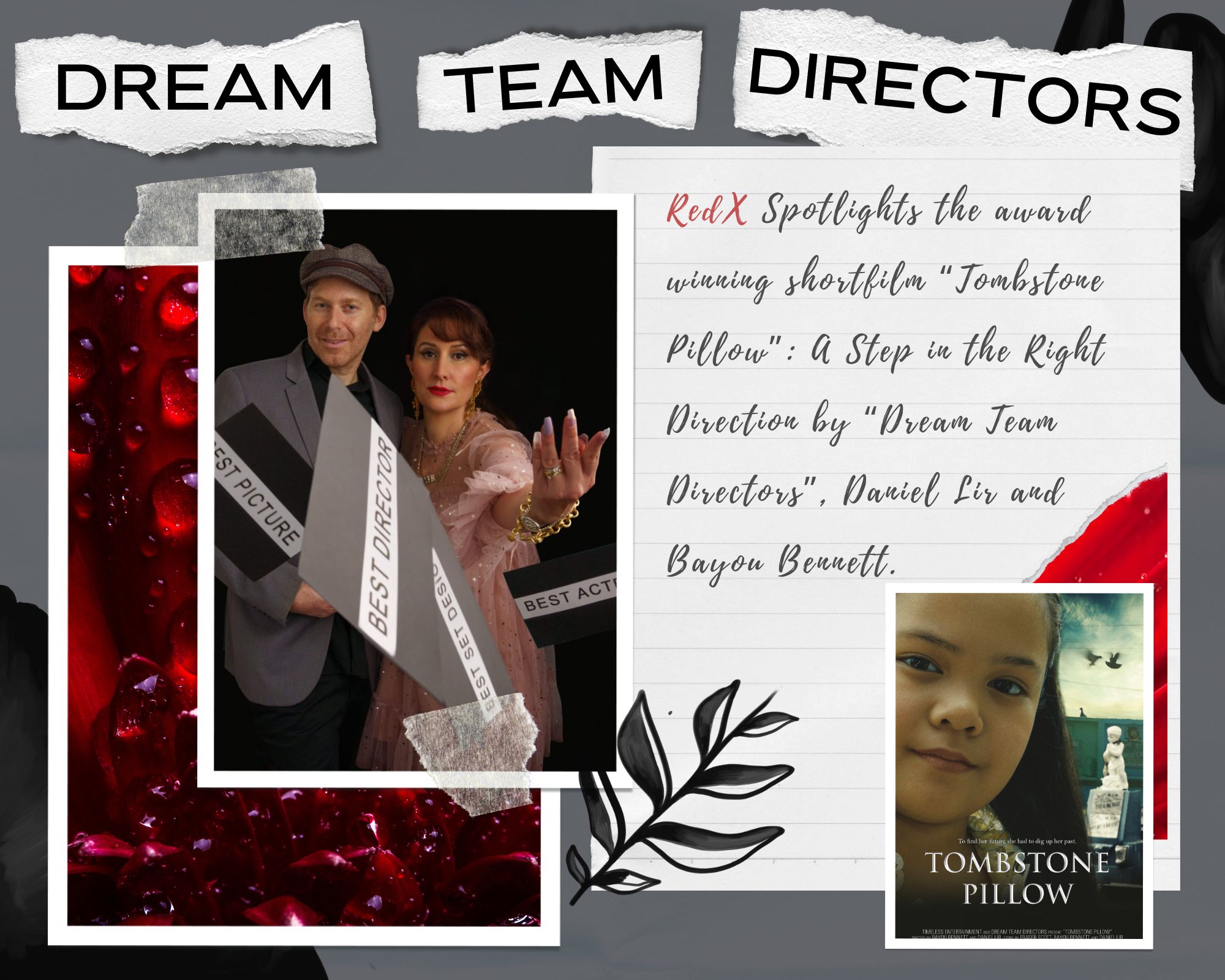 Films can potentially serve as the agents of change in our society. However, it has become a rare event to find someone who identifies this positive potential of cinematic pieces. Luckily, we have not only a single individual but a couple among us who has effectively understood this strong aspect of films and is effectively using this media to bring fruitful change. Yes! We are talking about none other than our very own Daniel Lir and Bayou Bennett; popularly known in the film industry as the “Dream Team Directors”.

If someone has really searched for the socially impactful movies, he/she might have come across the name “Tombstone Pillow”. This single movie has served to highlight the cause of homelessness and poverty eradication much more that any million dollar awareness campaign! This statement might seem a blunt one but, it will look evenly justified when we will explore the impact of this single short film.

Therefore, let us undertake a journey of different facets of this amazing reel work and the faces behind it. As always, this write up will also be free from spoilers.

This short film is an attempt to highlight the miseries faced by people living under homelessness and extreme poverty. The poster of the film shows a 9-year-old girl giving the Philippine’s wealthiest widow a tour of a graveyard where more than six thousand poor people live their lives. Yes, the movie depicts a harsh reality where breathing people are forced to live in a cemetery – a resting place of the dead ones. Nobody calls a dead peoples’ place his/ her home except under the worst case scenario. And this movie shows it all. It amply depicts the hardships faced by people living under those imaginably worst circumstances. By closely observing this aspect of the life, Philippine’s wealthiest window discovers the real riches of life.

Now you can imagine the miseries of the people living there. But, hold on! Why to imagine, when the “Dream Team Directors” have beautifully recorded them for us?

“Tombstone Pillow” has effectively raised the awareness about homelessness and poverty.

The impact of a movie can be judged from the level of discourse generated by it. In this context, “Tombstone Pillow” has sufficiently gained the attention of media. On one hand, people are talking about its cinematic perfections whereas, on the other hand, they are discussing the message it has aspired to transfer to the public in general. Different media houses have published articles and write-ups regarding the message given in it.

For in-depth evaluation, let us thoroughly explore the recognitions snatched by this short film.

“Tombstone Pillow” has been screened at the prestigious “Allora Festival of Arts and Films”.

“Allora Festival of Arts and Films” is considered as one of the well-reputed film shows where the best art works are screened. If a film gets screened at this festival, it means that the film holds a significant cinematic position. This year’s edition of this film fest was held at Puglia, Italy. There, “Tombstone Pillow” was screened on Friday, June 24, 2022. Adding more to the weight of the film, it was released instantly after Oliver Stone’s Master Class. The “Dream Team Directors” consider this coincidence as a source of great motivation for their future performances because they consider the living legends like Oliver Stone as a guiding light.

This level of recognition gained by a short film directed by young artists is rare and unmatched. It shows the skill and excellence of the face behind this masterpiece i.e. “Dream Team Directors”.

Having learnt about the awards won by this 12-minute short movie you will be adequately convinced that this lens work is not less than a marvel!

The film has won 33 awards. This huge number of awards for a mere piece of 12-minutes is truly an epitome of success. In this way, the short films successfully enters into the list of high-achievers.

It is evident that this recognition is sufficient to highlight the cause of poverty eradication and homelessness elimination. Thus, it also justifies the standpoint that the movie has served the cause much more than a full-fledged multi-million dollar awareness campaign.

Remarks by the best people in the film industry about “Tombstone Pillow”:

It is believed that the administration of “Allora Festival of Art and Film” screened “Tombstone Pillow” right after Oliver Stone’s MasterClass on June 26th at Puglia, Italy for the very reason that “the content of Tombstone Pillow is rich in meaning and the message of social change is evident throughout the film.”

Moreover, the renowned artist director, Silvia Bizio has also gave a due recognition to “Tombstone Pillow”. The acceptance by him means quite a significant honor because he is one of the leading film legends of his time.

All the above facts evidently justify the statement that this movie has played a due role in highlighting the miseries of humanity and in bringing positive social change.

About the “Dream Team Directors”

“Dream Team Directors” is a popular recognition for the young and energetic couple; husband and wife, Daniel Lir and Bayou Bennett. They have jointly directed the masterpiece “Tombstone Pillow”. They have made a name for themselves as the couple who focuses on bringing the social change through their movies. They are so closely connected to this cause that they have made it a life mission to highlight different problems faced by humanity. In this connection, Bayou said, “There is hope, you can create change with your own two hands. In our case we used our ability to tell a story and to bring awareness to this horrible situation.”

The Case of Dakota Moore