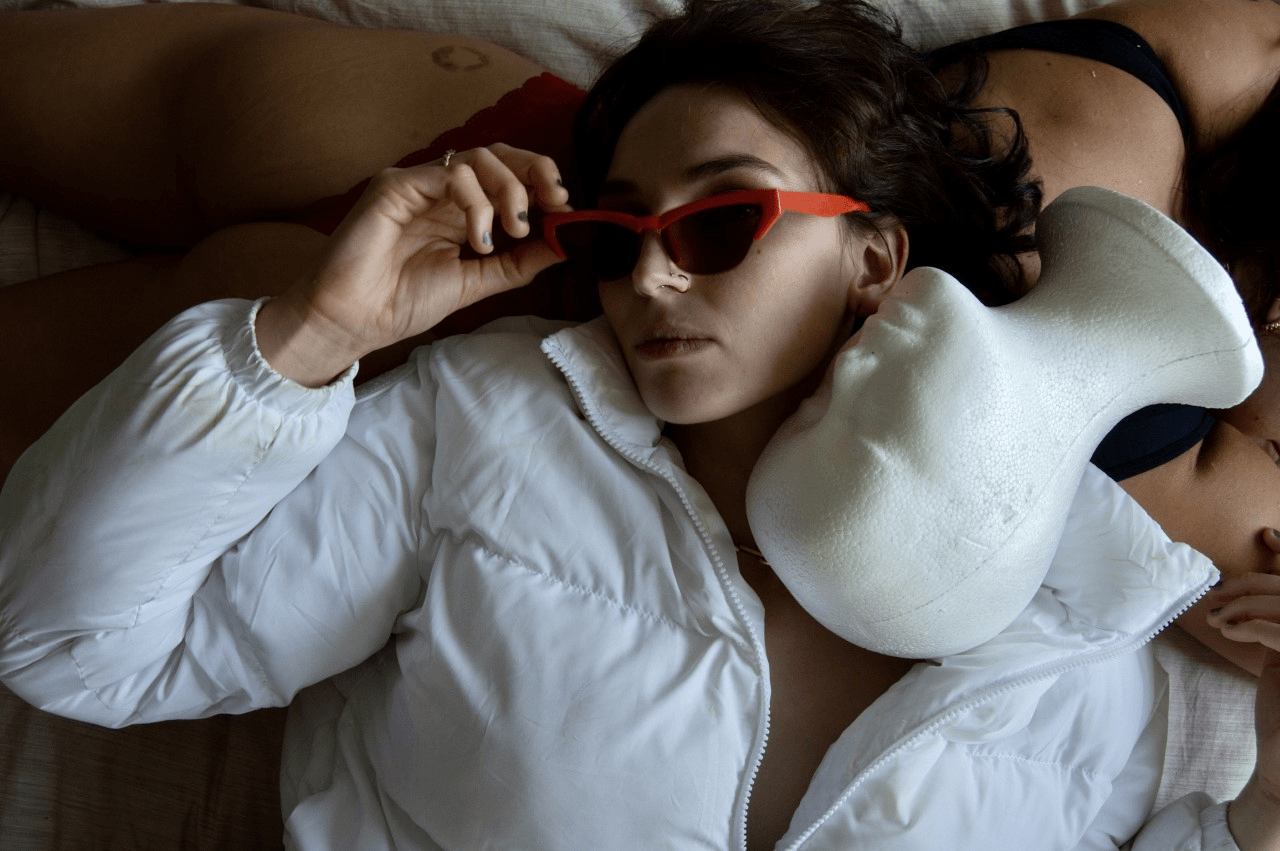 REDx Magazine – Congratulations on your new release Topoh Chica! ‘GIRLS’ is sounding amazing! Introduce to us who you are! What’s your name?!
TOPOH – Thank you so much for having me here! Glad you’re enjoying my new album. I’m known as Topoh Chica, my name is Alexandra Carter.

REDx Magazine – Where are you from?
TOPOH – Atlanta, Georgia

REDx Magazine – Tell us something that happened in your early childhood that made you get into music!
TOPOH – I remember performing at my 5th grade school dance. I was obsessed with the Jonas Brothers at the time and my mom convinced everyone that I was the fifth Jonas sibling. Since then I’ve always loved performing.

REDx Magazine – What made you choose to become a singer as your career?
TOPOH – I learned guitar and piano when I was in 4th grade, and began writing songs shortly after that. At first, they were educational songs, but eventually I started to find my voice and began writing real songs. By 9th grade I was performing original music at various venues throughout Florida. Later, my brother gave me his old MacBook with Logic Pro installed on it, and I started teaching myself how to produce. That’s when I fell in love with pop music and started writing my first EP, Runaway, which I released when I was 18.

REDx Magazine – What are some of the challenging struggles you’ve faced as an artist?
TOPOH – Being a soloist musician can be especially challenging when trying to brand, market, write, record, and produce everything yourself; I have been doing the work of a full band all by myself for the past few years. This was especially tough for me while working part time and being a full-time college student.

REDx Magazine – Who and what are your biggest influences/inspiration?
TOPOH – My biggest inspiration in music is Blackbear. I have been a huge fan since day one, and I am constantly drawing inspiration from him in everything from music to style. He has such a unique sort of confidence and he is incredibly talented. Another artist I draw inspiration from is Landon Tewers. He writes with such a raw honesty that I find really amazing.

REDx Magazine – Your new release is phenomenal. We’re impressed. Tell us about your album ‘GIRLS’!
TOPOH – My 14-track album titled ‘GIRLS’ was written over the course of a year, illustrating significant personal growth and life changes that come with being a twenty-something year-old in the midst of a global pandemic. Perhaps the most predominant theme in the album is accepting one’s sexuality, using the music as an outlet to come to terms with identity and fitting outside of the molds we so often feel stuck in. My album further incorporates hip-hop vocal patterns with diverse instrumentals and witty lyrics to reshape the pop genre, thus making the beats and themes accessible to a wider audience. It was written, recorded, and produced by myself mainly. ‘GIRLS’ is meant to take the listener on an encaptivating journey of self-acceptance, healing, and practiced confidence.

REDx Magazine – It seems that you as an artist are expressing something bigger than just music, and that is beautiful. You played Main Stage at PrideFest, could you tell us more about this event for you?
TOPOH – Kansas City Pride-Fest: Performing at pride was such an incredible experience; as a member of the LGBTQ+ community, being able to share my art with a community that can fully understand and relate to me is so special. This was the first pride Kansas City has done in 12 years, and I cannot explain how happy I was to be a part of it. The support I received was overwhelming. I can think of no better way to kick off an album so personal to me, illustrating personal growth, self-acceptance, and changes throughout all aspects of my life.

REDx Magazine – Tell us more about your passions outside of music!
TOPOH – I love skateboarding and cooking! Skateboarding has been a love of mine since I was little; I learned when I was 5 and stopped until I was 18. Since then, I’ve rediscovered my love for it and have improved consistently the past few years. My goal is to get sponsored. I also really love cooking, specifically vegan cooking.

REDx Magazine – ‘GIRLS’ is already turning out to be a huge success, especially with your Main Stage performance at PrideFest. Tell us, what’s next Topoh?
TOPOH – As the country starts to reopen, I hope to perform a lot. I will continue to write and record for my fans, but my priorities lie in live performances for now!